The screen tearing only occurs when using the integrated graphics. I googled for solutions to this problem, and I found one that works. I create a file at /etc/X11/xorg.conf.d/20-intel.conf with the following contents:

How do I fix screen tearing when using my laptop's integrated graphics, without being prevented from using the Nvidia GPU?

I switch back and forth by using nvidia-settings and changing the prime profile between one and the other: 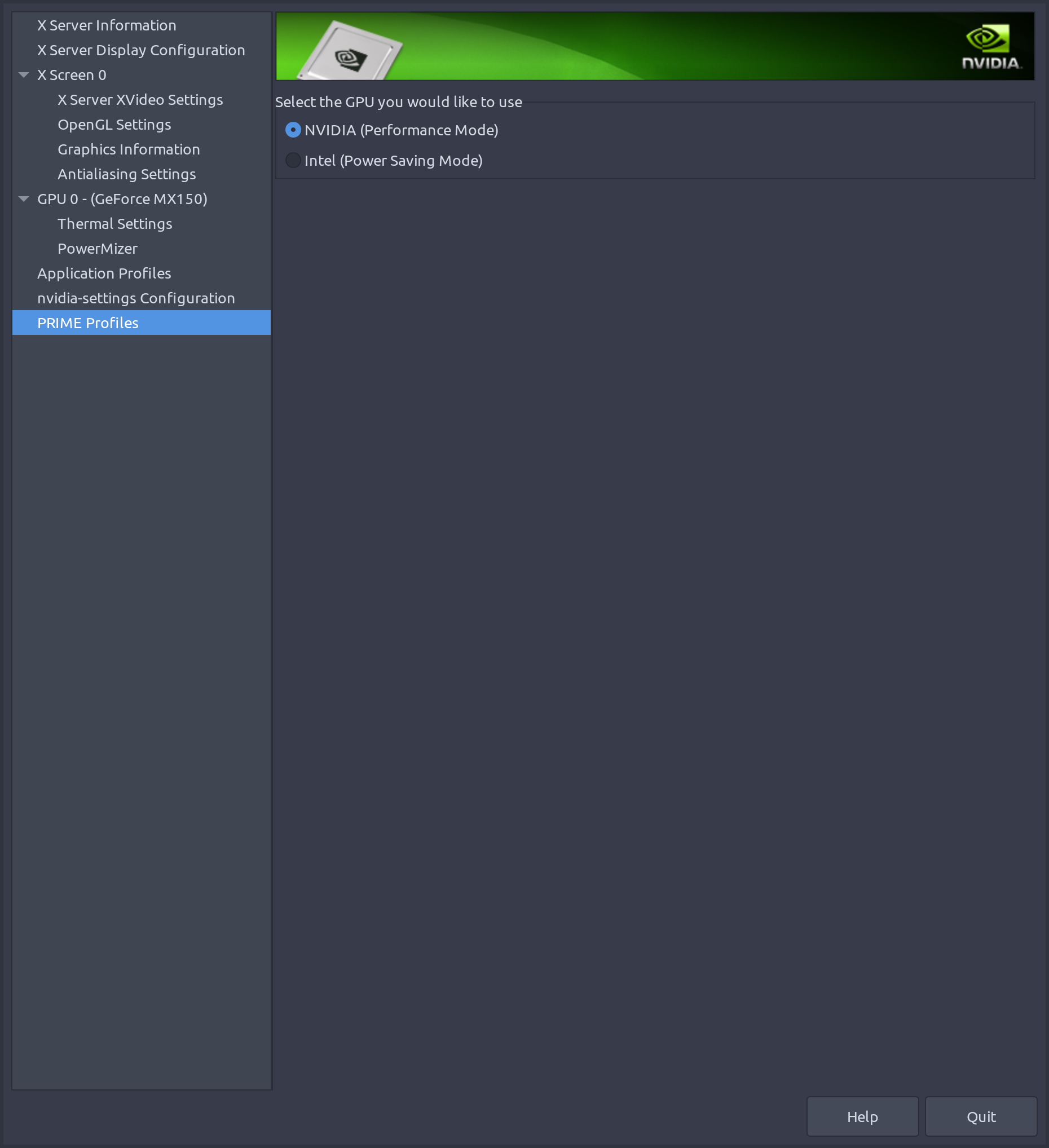 Use different xorg.conf.d directory: [Failed] There's already an xorg.conf.d directory at /usr/share/X11/xorg.conf.d, and it contains a number of different configuration files. I tried adding the 20-intel.conf file there, and that fixed screen tearing but still broke the Nvidia GPU (and I had to remove the file to get the GPU to work again).

Browse other questions tagged ubuntu nvidia desktop-environment intel-graphics or ask your own question.