I did a clean install of KDE Neon this week and I noticed Firefox is not really set as default. When I go in system settings I see it is set. When I open a .html file or click on a link, it opens Firefox. 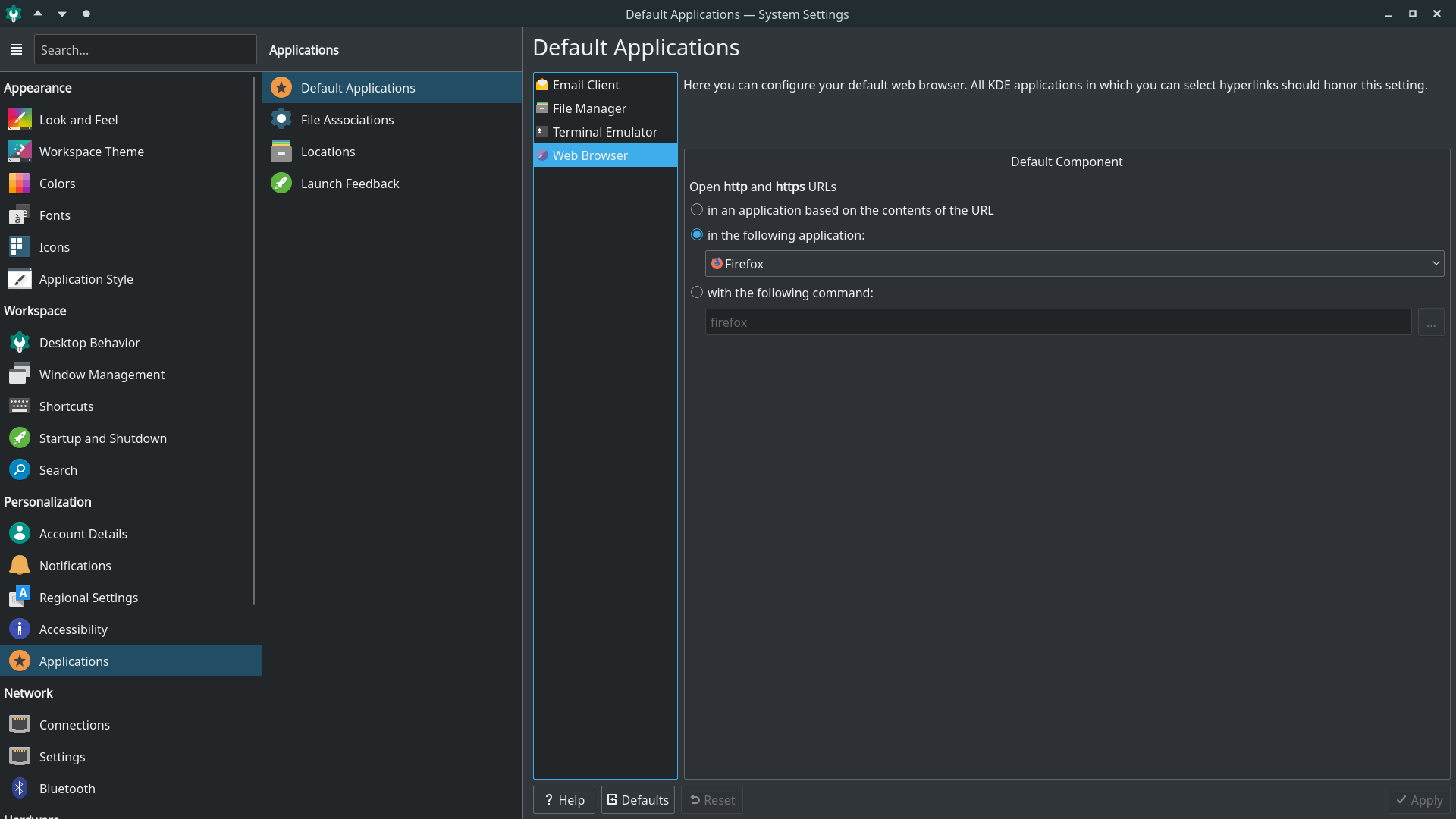 But when I go in Firefox preferences, it is not detected as default:

Additionally, I cannot open my Firefox Bookmark with Krunner (which is very annoying), but I think the two problems are related.

How could I fix this issue?

It's something with an environment variable:

I have the same problem and it seems an issue with KDE itself. I've found that the whole problem is related to the following environment variable:

As we all known, KDE works on QT and it's probable something with GTK on Firefox. To fix the issue, one must edit the following file:

And on the first Exec line within the file, you have to add env --unset=GTK_USE_PORTAL, in order to execute Firefox in a proper way. So the line on the file have to be as follows:

After that you must reboot and then, open your firefox settings and try to set it as your default browser.

Not the answer you're looking for? Browse other questions tagged kde firefox kde-neon or ask your own question.

2
Firefox seems fully loaded, but browser window does not appear for minutes
13
Where does firefox get the “default” applications for opening files from?
0
PDF documents can only be saved, not opened
1
Firefox 57 addon windows fail to paint content - only on Linux. Any user workarounds?
1
Firefox '3 bar' menu not opening
2
KDE Plasma broken after upgrade