Simple bash script is not working

If I provide arguments as string - it works. But if I provide as "read $FILENAMES" - it has not working.

Mentor shows same solution in his lessons but did not shows how it works. 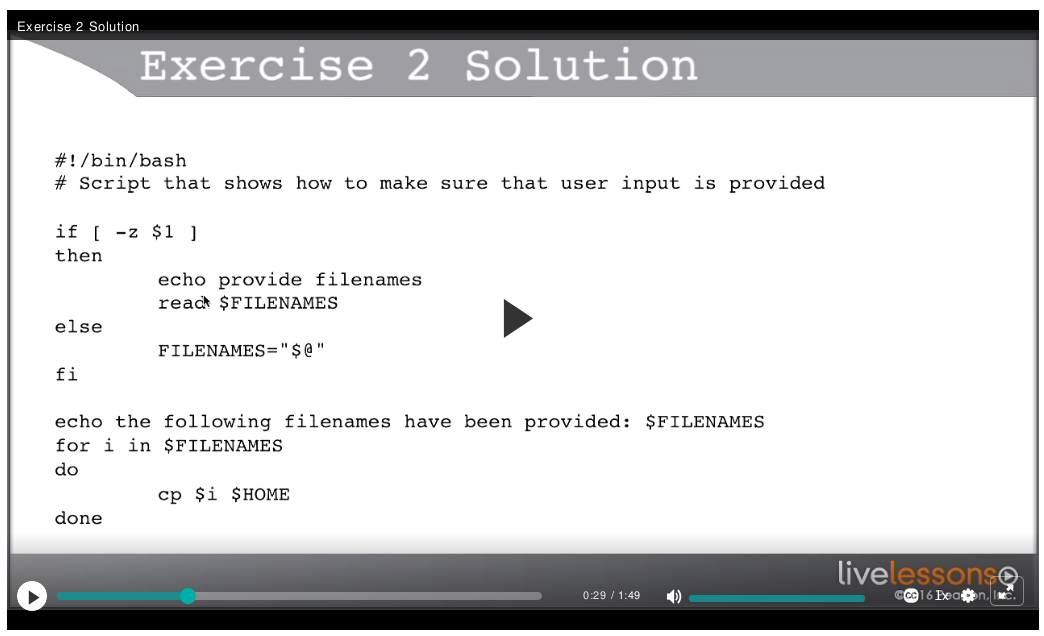 The read declares variables rather than reading them. Simply put, remove the $ from read and you're good to go.

EDIT: I see that you use the source (.) command to run a script.

It might be fine for this particular script, but never do that for complex scripts. Otherwise you source any variable or function from that script into your shell. Just use bash totmp

There's another problem with the check for absence of the first command-line argument. If it's not present, then $1 will expand to nothing (not to an empty string), which might cause trouble with the [ command, since [ -z ] is not really supposed to be valid, [ -z "" ] is what you'd expect to check in that case. In short, you need to quote that variable:

As you're using bash, you could also use [[ ... ]], which is generally better since it's an internal command (in that case, this command should work without quotes, but keeping the quotes doesn't hurt and looks good.)

(P.S.: There's so much more that's wrong with this script, it's so far from best practices, I'm really appalled at seeing someone teach this. Unfortunately, it seems the bar is really low for teaching bash and the manuals are really complex until you actually understand it well, so I don't know that I'd have a better recommendation on how to learn it properly either.) ☹️

The read command takes the variable, but you already are referring to the values of the variable:

$variable is the value of variable and in the beginning of the script this is unset/empty.

Not the answer you're looking for? Browse other questions tagged bash shell-script or ask your own question.

0
bash if, then and else statement
5
Bash Script -- ffmpeg not being invoked as expected
2
reformatting command output within bash script
0
troubles working on a script with $# and a loop
1
echo names and number of lines for each file in a directory
0
bash find exec cp parents in script
3
Bash script copy file to user's (wildcard) home dir
1
bash script not working properly