Determine the size of a block device

How can I find out the size of a block device, such as /dev/sda? Running ls -l gives no useful information.

Since the kernel already scanned the partition layouts when the block device came into service, why not ask it directly?

blockdev is part of util-linux.

This gives you its size in 512-byte blocks.

This simple code. Couldn't find any documentation, but does the trick nicely:

This will give you a list of all your disks with their respective capacity, usage, and more.

Note that, if there are partitions, you get a list with the total size of the device followed by the size of each partition or you can append the partition to the device name.

If you need to store the size in a variable, use:

Now, the result is always in bytes and, if path does not include a partition, it is the total disk size, otherwise it is the partition size.

or if you use bash or any other POSIX-like shell whose arithmetic operators work with 64bit integers, you don't even need to call bc

gives the size in byte.

The call to cat and fork (except for bash) can be optimised away with bash, ksh93 and zsh with:

No need for ioctl in C. Just seek to the end of the file and get the size (in bytes) that way:

The blockdev(8) has a different answer? Options --getsz and deprecated --getsize are not the same.

First, my thanks to all who contributed. I learned a few useful things.

Still, my experience is that most of these answers are somewhat incomplete, at least where CD and DVDs are concerned, notably regarding whether they are available to normal users rather than restricted to the superuser.
This is based on tests on my Linux Mageia 2.

Commands intended for the superuser can always be accessed by a normal user by prefixing them with /sbin/, or sometimes with /usr/sbin/. Now they may or may not work for a normal user.

Many may work, for a normal user, for a DVD on the DVD drive, even when it is not mounted, while they will not work for a hard disk (again when invoked as normal user).

For example /sbin/fdisk -l /dev/cdrom will work on my system and give the "geometry" of the DVD in the drive ... which is apparently mostly nonsense. But it does give the size of the DVD in bytes and in sectors, and a correct sector size (of 2048 bytes as is usual for DVD).

The same is true of /usr/sbin/gdisk -l /dev/cdrom, which give only the size in sectors of 2048 bytes.

other examples (as non-root, normal user)

This works for the DVD drive, here called sr0, since the device for it is actually /dev/sr0, /dev/cdrom being only a symbolic link to it. The size is given in chunks of 1k.

Similarly, as normal user, the command

will give the size of a DVD on device /dev/sr0, in chunks of 512 bytes (as well as the size of other disk, even not mounted). However cat /sys/class/block/cdrom/size will not work be cause /dev/cdrom is only a symbolic link

The command df, suggested by some, gives the size of mounted partitions, not of whole disks. Furthermore, for a mounted CD or DVD it gives less than the actual size of the CD/DVD. More precisely, there are two distinct sizes one may be interested in :

So the block size of this file system is 4kB.

Analogy: number of bottles in crates. 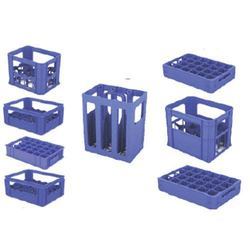 If you are using Node.js, you can use this native add on to get block device size, physical sector size and logical sector size (with support for FreeBSD, Linux, macOS and Windows). It also has a few other helpers for doing direct IO:

Is /sys/block/sda/size in block size? If so which one?

The ioctl BLKGETSIZE has the same problem as it is in units of 512 rather than BLKSSZGET. BLKGETSIZE64 solves this ambiguity. The real block count is BLKGETSIZE64/BLKSSZGET.

There is an EMC utility called inq which gives information about all types of block devices like local attached, SAN based, etc.

Here is a brief description of what it does: http://slashzeroconf.wordpress.com/2009/02/09/emc-inq-utility/

will show output in KB

Is for me the easiest to remember and type

If you want to find it programmatically in C, checkout code of util-linux package - https://github.com/karelzak/util-linux/blob/master/lib/blkdev.c#L81

Both these codes use ioctl system call.

Not the answer you're looking for? Browse other questions tagged linux size or ask your own question.

3
How to get size of a block special file?
-1
Get the size of my disks on several system
3
rootfs.jffs2 files system won't fit in mtd3
0
partition size vs file system size
1
Calculate disk Byte size exclusively from /sys/block/

3
How do I determine the size of kernel block?
0
How to format large Size HDD quickly
2
How can i determine the block size of an vxfs filesystem?
1
How to get the Serial Number of a disk by corresponding file in linux?
1
linux: Class10 SD card different device and block device size
5
Get block device parent
15
Create virtual block device which writes to /dev/null