How to install Guest Additions with a Oracle Gnu/Linux guest on VirtualBox?

I have a Linux virtual box and want to install Guest Additions. I've successfully mounted the iso. But now what...?

How can I access the mounted cd-rom in the terminal of the virtual machine as to install Guest Additions?

When I cd media then ls returns empty. 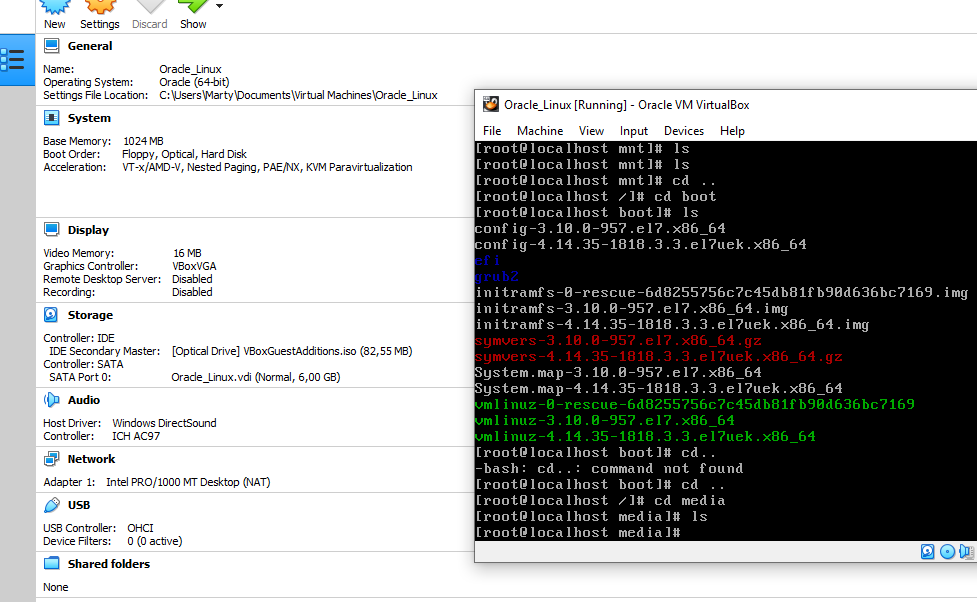 I also added GNOME GUI Desktop, according to these instructions:

Next, to mount in the media folder, I entered:

yum install kernel-headers-$(uname -r) kernel-devel-$(uname -r) couldn't find the packages. I then ran yum distro-sync in the hope to synchronize the versions. But there were still 2 different versions.

But ./VBoxLinuxAdditions.run now returned "This system is currently not set up to build kernel modules. Please install the gcc make perl packages from your distribution.".

Not the answer you're looking for? Browse other questions tagged linux virtualbox virtual-machine oracle-vm-server or ask your own question.