lightdm and ldap authentication: how to display connectivity issues

I use LightDM als my display manager, entering user credentials via its greeter login. The system's PAM authenticates against a LDAP server. Unfortunately, the network is unreliable hence the LDAP server often cannot be reached. This is what is logged in auth.log:

Consequently, the LDAP PAM module fails. Unfortunately, the exact reason of the error is lost along the way and LightDM shows a "wrong password" message, which is horribly misleading: 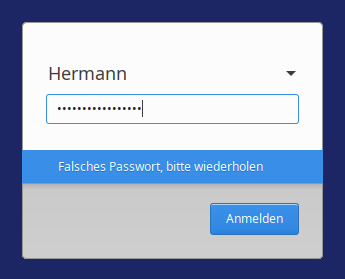 Is there any way to display a "login failed due to LDAP server unreachable" message instead? This is a mock-up of what I would like to see: 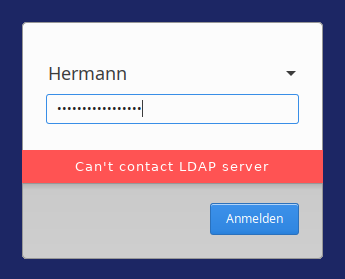 It seems your either using pam_ldap/nss_ldap combo or nss-pam-ldapd. Both do not support caching password hashes of former successful logins.

Not the answer you're looking for? Browse other questions tagged networkmanager ldap lightdm or ask your own question.