Recently tried booting up my server but i get the following error. It seems that initramfs is not able to generate and i tried to boot into rescue mode and found that fstab file was empty. Updated the file, but no luck. I have attached the image since im unable to copy the lines. 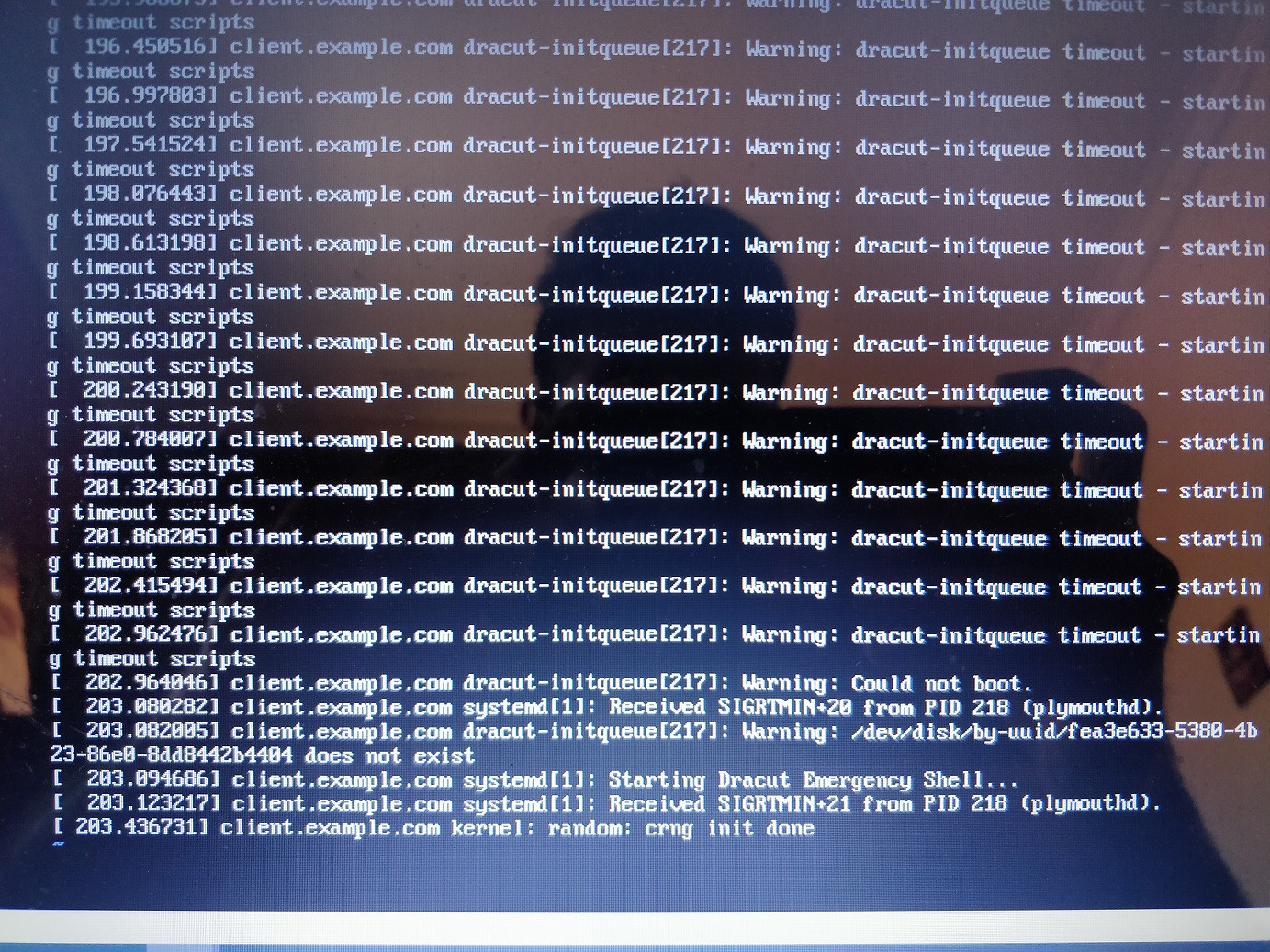 centos dracut
Share
Improve this question
edited May 3 '19 at 6:30

The error comes from initramfs, and the main problem is apparently described by

In other words, using the storage drivers available within the initramfs, the root filesystem specified by that UUID cannot be found.

Does the GRUB boot menu include older kernel versions? If it does, what happens if you try booting with an older kernel?

If booting with an older kernel doesn't work, you might want to boot the system into rescue mode using CentOS installation media, or use another live Linux media to boot the system to investigate. If the blkid command cannot find the UUID listed in the error message on any of the disks, there are several possible reasons:

But if you actually booted from a separate media and successfully mounted the device that was supposed to contain the root filesystem, and found an empty /etc/fstab file, that suggests something very bad may have happened to that filesystem. In that case, I hope you have good backups.

once I removed it, rebooting caused an issue with dracut

solution was to edit 2 files,

remove any rference to swap,

rd.vlm.lv=centos/swap (remove this whole string from both files + reboot)

Not the answer you're looking for? Browse other questions tagged centos dracut or ask your own question.