Why I can use only private key to login a server using ssh?

I generated the keypair in Computer 1.

And move the public key to the Computer2(server) and make it in authorized_keys.

And move the private key to Computer3(client) and use ssh-add to add it.

Why I can directly login to server without offering a public key? What's the real workflow of ssh key authorization?

The client (Computer 3) does have access to the public key

According RFC 4252 Section 7 the public key is supplied by the client during authentication. Therefore your client MUST have it available.

With openssh's ssh-keygen you can extract the public key from your private key file:

Before the client tries to login, it may first check to see what would be acceptable. This check can include sending public keys matching its available private keys and thus allows the server to indicate which public/private key to use.

... the signing operation involves some expensive computation. To avoid unnecessary processing and user interaction, the following message is provided for querying whether authentication using the "publickey" method would be acceptable.

Then it attempts to login

To perform actual authentication, the client MAY then send a
signature generated using the private key. The client MAY send the
signature directly without first verifying whether the key is
acceptable. The signature is sent using the following packet:

Notice that this includes both the public key and a signature generated with the private key. The public key is helpful to the server SSH where it has many "authorized keys"; the server doesn't have to test the signature against each one.

Unlike some similar algorithms, SSH doesn't use a challenge-response. That is it doesn't use a four step (1 client initiate, 2 server challenge, 3 client sign, 4 server verifies) it performs a two step:

Why are some people confused about this?

Your public key is only used to verify the private key is valid. 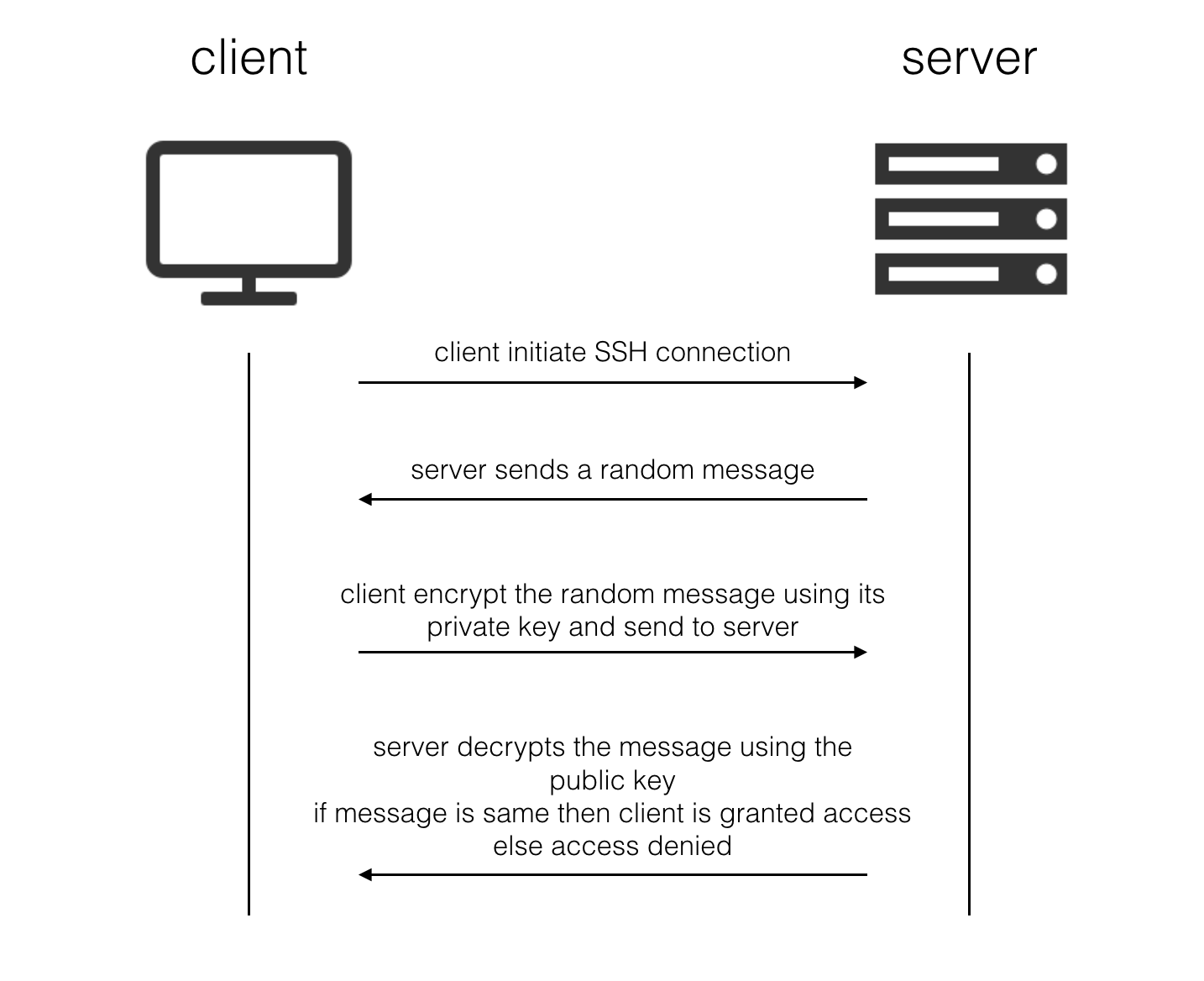 Not the answer you're looking for? Browse other questions tagged ssh openssh or ask your own question.

1
How are session keys, public/private keys generated on the ssh server and client and used?
3
ssh private-public key map for client
1
Why can I login remote host without password or private key?
0
SSH-ing with the private key asks me for the password
0
How to SSH using only private key?