I have a Meraki MX100 that I have installed VyOS on. While otherwise perfectly functional, the one thing that I cannot seem to get working is the LED board on the front panel. I'm no developer which I'm sure is 99% of the issue here.

The LED's don't show up in /sys/class/leds/. I believe that the LED's are driven from a GPIO interface, but I don't know how to say "Hey Linux these are LED's". The Meraki MX100 is a proprietary design and information is hard to come by.

I'm including a picture of the back of the LED board. The header for the cable on the motherboard isn't notably labeled. 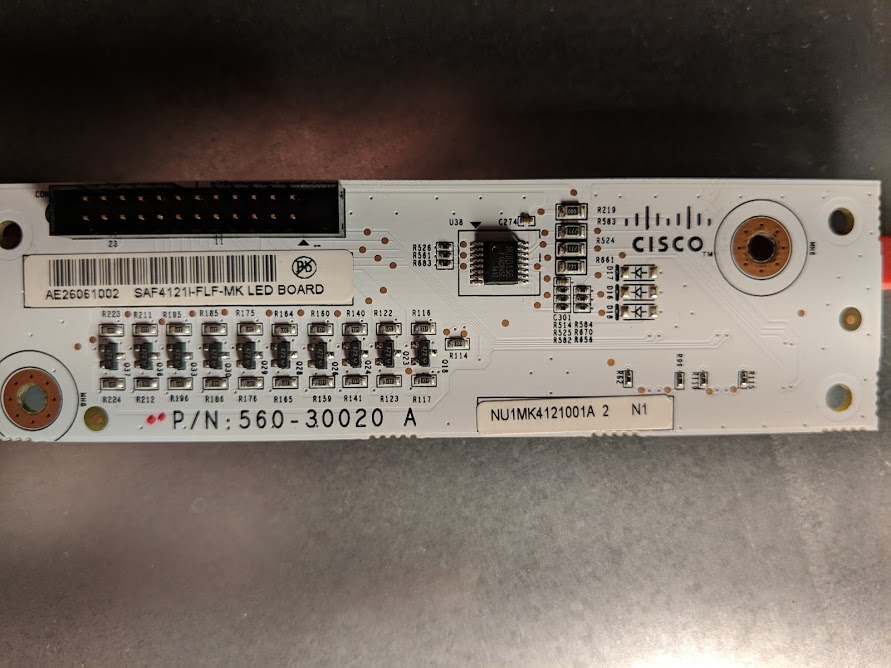 Browse other questions tagged openwrt gpio vyos or ask your own question.