Do the common programs (for example: "ls", "cat") in Linux and BSD come from the same source code? [duplicate] 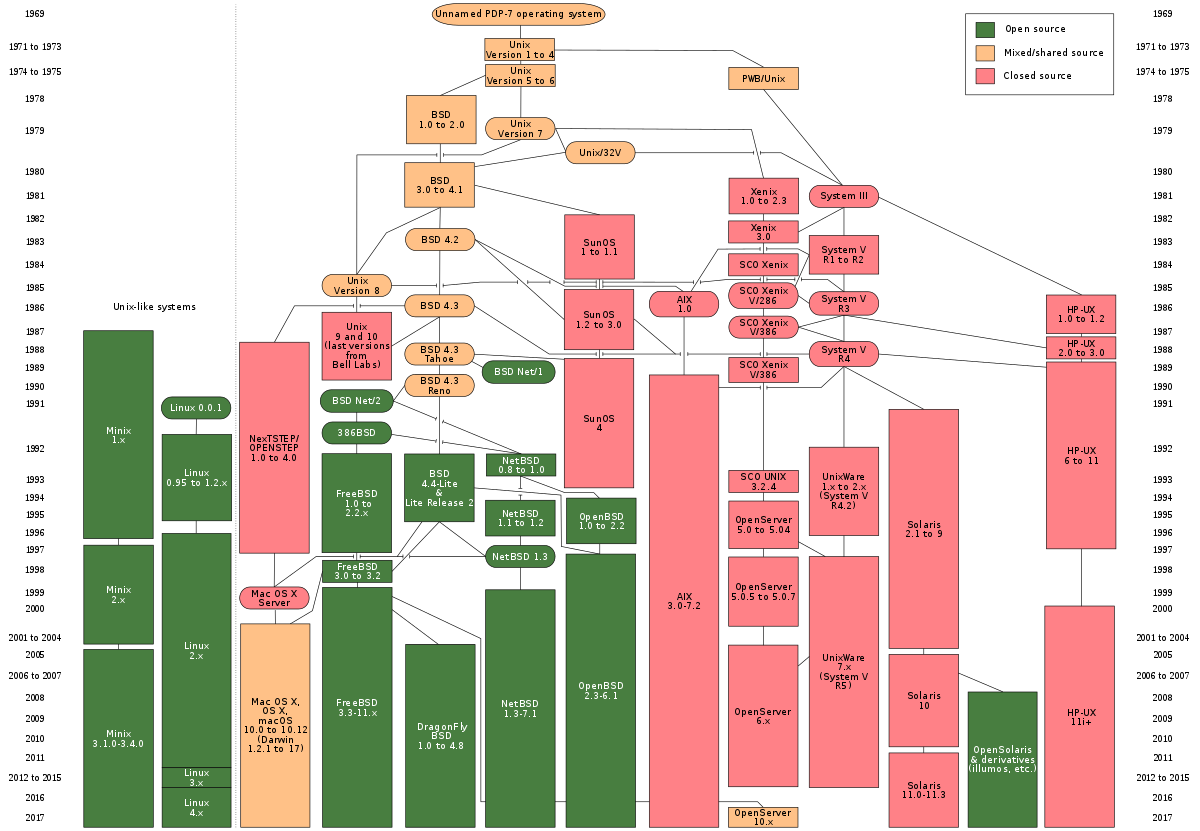 48
Were all Unix commands re-written in Linux?
37
ip vs ifconfig commands pros and cons
24
Are there still systems around with a /bin/sh binary?
15
Slightly confused about whether printf in the yash shell is a built-in command or not
11
debian su - and su $PATH differences?
4
su vs su - (on Debian): why is PATH the same?
3
Double square brackets for FreeBSD
1
Is the GNU Coreutils copied from Unix?
1
Does Apple modify the GNU and BSD tools that comes with macOS?
1
-c and -b options not working in mailx in ubuntu
See more linked questions

52
How to compile and install programs from source
8
Where can I find the source code for `uptime`?
42
What are the main differences between BSD and GNU/Linux userland?
1
Where to place source code for applications compiled from source?
3
Test suites for utilities (cat, cp etc) Linux or BSD?
15
What is the bsdutils package on Debian? What is a "BSD-style Unix system"?