How to turn off lines under entire text in Kate editor?

After a recent upgrade on Kubuntu, Kate editor (v3.8.5) shows odd lines under the entire text of previously created simple text files. New files usually have only the first line underlined. Maybe if I knew what this is called, I'd be able to find something. It does the same in KWrite, so it could be something in whatever the two have in common. Highlighting is set to "None'. Here's what it looks like: 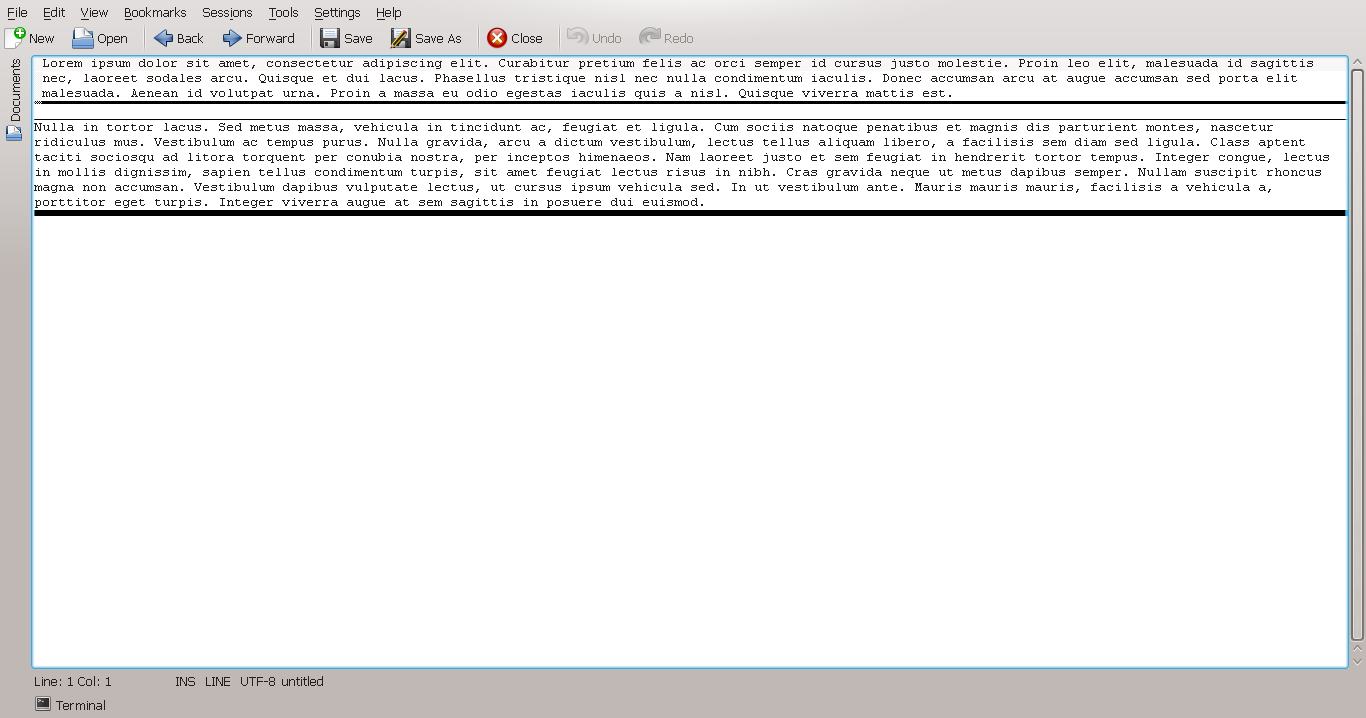 EDIT: Thanks, but that command doesn't seem to have any effect on this. This is KDE 4.8.5. In another example, the lines change a bit:

I think what you are referring to here is a functionality called : Line Modification Indicator and you want to disable it.

If so, then this is the info :

To know more about it use this link.

3
Kate editor: how to jump to modified lines?
10
Kate has no window borders, and thus no minimize, maximize, and close buttons
25
Ugly Horizontal Lines Displayed in Kate and Konsole with Fractional HiDPI Scaling
1
How to set default color and font schemes for different katepart applications
7
Why does Kate replace spaces in filename with "%20", thus preventing opening it?
1
Kate/Kwrite editor drag/drop/copy functionality gone
0
How to enable commenting of .asy files in Kate?