I have an issue on my Debian computer with Intel Stick. 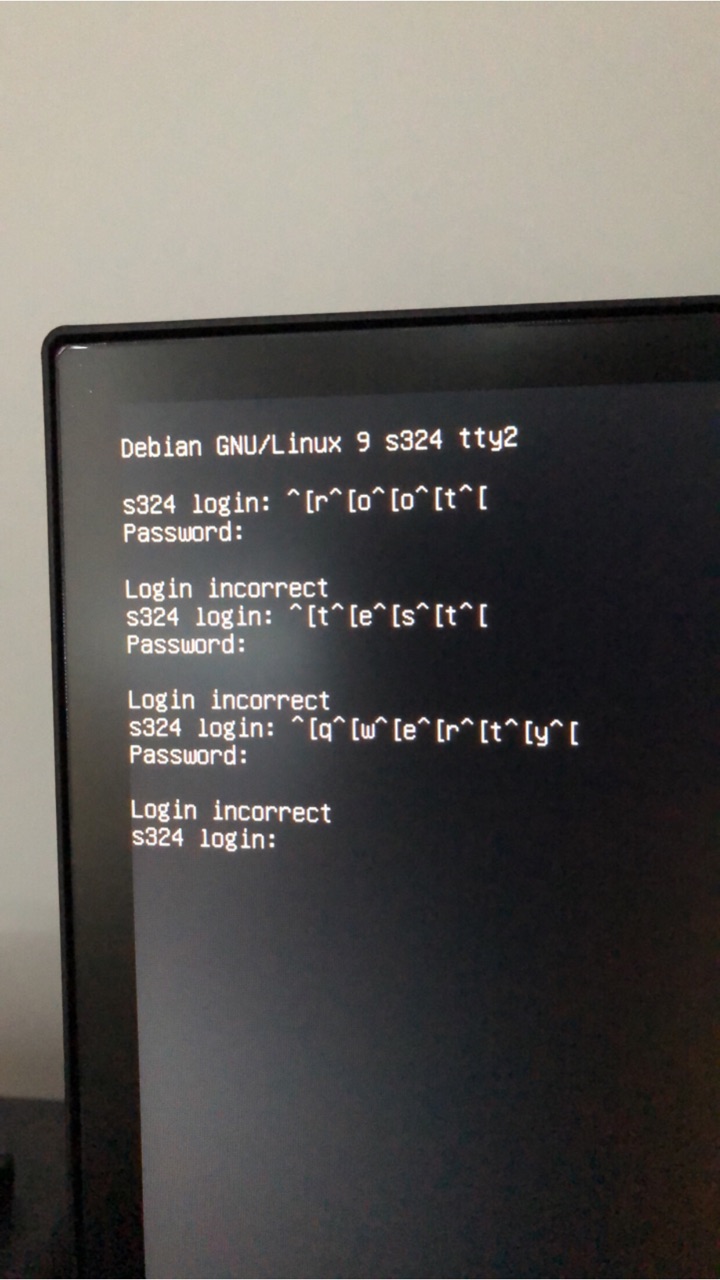 This issue is only with supperior 4.11.12 kernel

I dont know why

This is not your TTY settings, and the reset command (which you could not even execute anyway, as you have not logged in) will gain you nothing. Indeed, in most modern Linux operating systems the terminal has just been reset before running the login program (by dint of systemd's TTYReset=yes setting or otherwise), and that has clearly had no effect.

This is your ⎇ Alt key being stuck down, or the kernel's built-in terminal emulator thinking that it is.

It's possible for the terminal emulator's idea of what modifier keys are currently pressed to become out of synch with the actual keyboard state, for reasons beyond the scope of this answer. Press and release all of your ⎇ Alt keys, without pressing any of the key chords that switch amongst the kernel VTs, and the state should become synchronized again.

If that does not work, then the next thing to investigate is whether the modifier key is indeed physically stuck down.

Not the answer you're looking for? Browse other questions tagged debian kernel keyboard or ask your own question.

2
Why is the order in which shortcuts keys are executed important?
1
Linux console: All keyboard input is preceded by “^[”
0
Disable mouse codes passing to terminal once it was turned on by application?

11
Why is the US international keyboard layout on Debian different?
16
Linux kernel dropping custom keyboard scan codes
2
Installing Debian on Embedded system with serial console or network console (PCH)
2
Turning off console output?
2
Unknown Display // Drivers issue
3
Changing the keyboard layout/mapping on both the console (tty) and X in an X/console agnostic way?