How do I tell if a folder is actually a symlink and how do I fix it if it's broken?

How do I tell if I have a symlink, a shortcut of some sort, or a folder in Linux? Please see following screenshot. 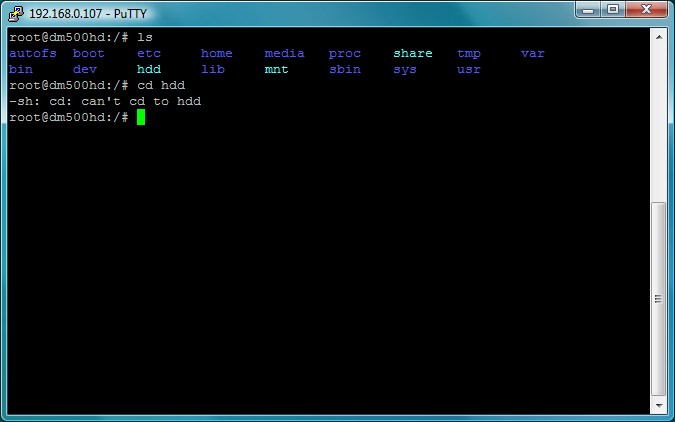 As you can see, the ls command lists objects where some are colored in dark blue while others are colored light blue (cyan). What are these cyan colored objects? Are these actual symbolic links?

As you can see, I cannot cd to the one called hdd.

I think it has to redirect to /media/hdd and I have noticed that the hdd folder is missing.

Is there a way to fix this?

Update: Here are results of the ls -al command. 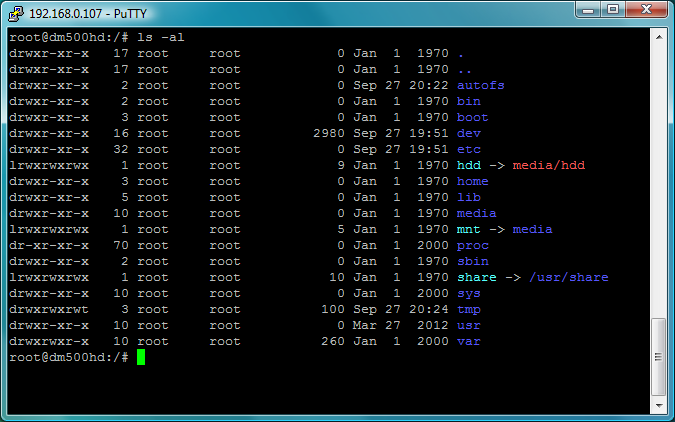 As you can see it says hdd -> /media/hdd and it's colored in red. Does this mean that it's broken or that it is automounted, i.e. when a physical hdd is connected?

Update: Here is result of the grep media /etc/auto* command. 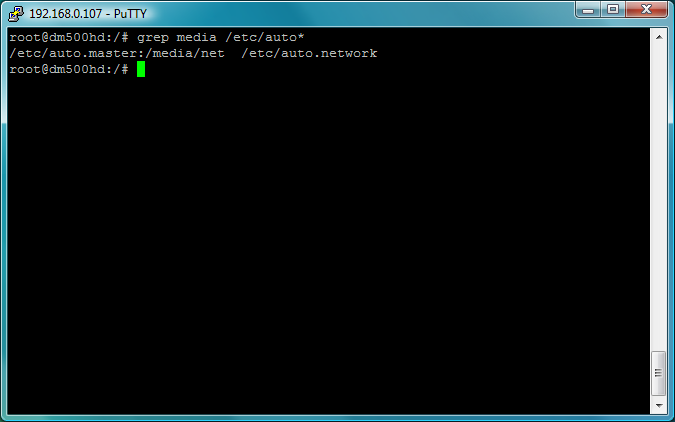 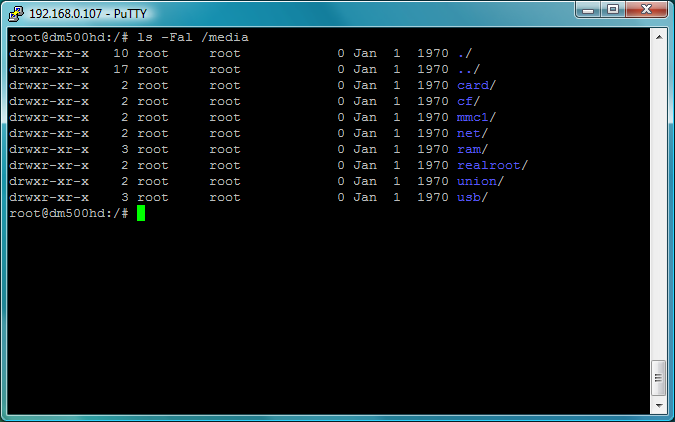 Here are results of stat and file commands, as well as listings of /usr and /bin. 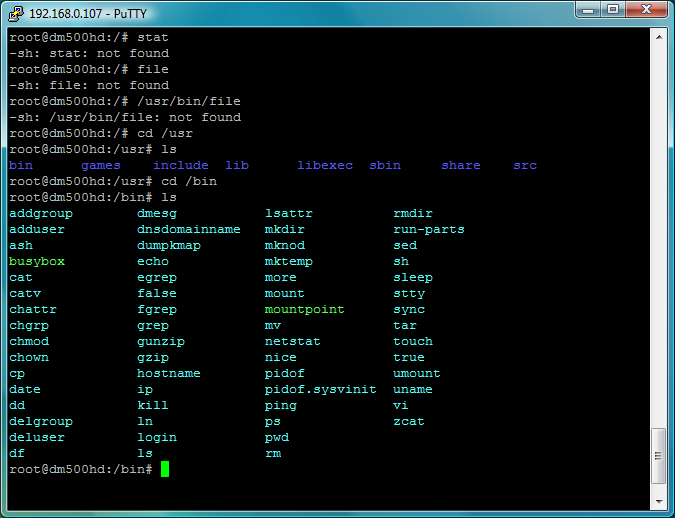 As a side not, what you should know is that this is a Linux based STB with BusyBox, it's an embedded system. So not all commands might be supported. 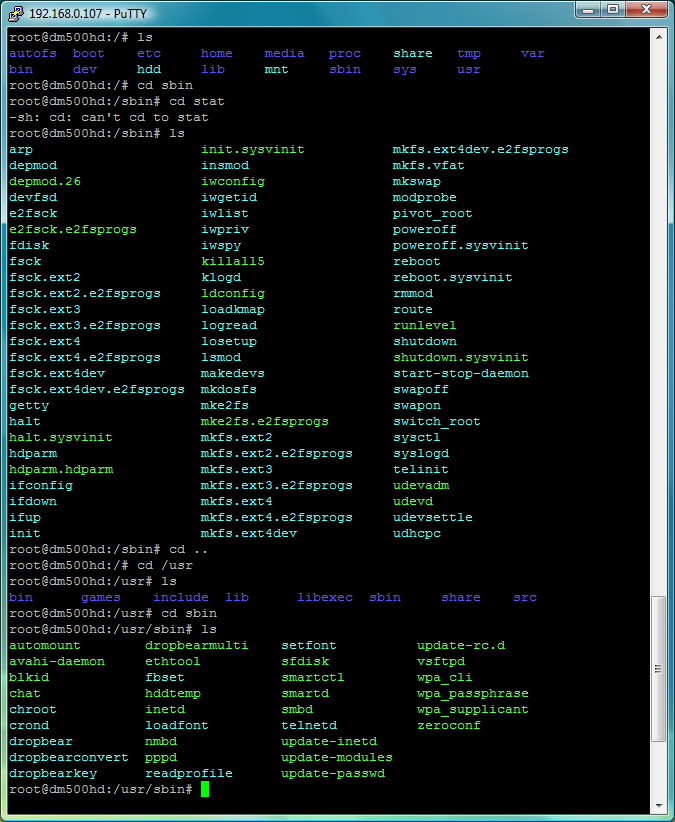 I have now removed that old share and recreated one with the same name as before and also added a second share now. So now I have two of them.

The recordings are placed in /media/net/dream1/movie.

Also, for the share dream2 I have chosen not to mount it as a HDD replacement in the Mount Manager, as I suspect that it's not possible to have more than one act as a HDD. Where would it record? To both locations? With double the data rate?... I don't think it's possible.

So for this reason there is no subfolder named movie for the dream2 share. Only the ones that are specified as HDD replacement when created get the movie subfolder.

Also, if I cd to /media there is another hdd symlink. I have not noticed it before. I think this is created automatically when a share is mounted. And if I cd to this hdd it goes to /media/net/dream1.

A symlink hdd (/hdd) that points to another hdd symlink (/media/hdd), which in turn points to the share folder (/media/net/dream1)?..... I'm getting dizzy...

So no, it cannot record to two shares at the same time. One of them has to go. So it's either dream1 or dream2, not both. Although I should mention that it's possible to record more than one service (tv channel) if they are both on the same transponder, if not you get the "no free tuner" message. This is a STB with only one tuner.

You can use file, stat or ls.

The file command is used to classify files based on their type (symlink, directory, device) or content (text, gzip, image, tar, ..., regardless of their extension):

the stat command prints out file metadata like permissions, size, number of blocks and so on...

The easiest way to see what kind of entity a given file is would be to use the file command. It has clear, sane output without requireing you to remember what the ls classifier marks are, or relying on colored output which can vary from user to user and machine to machine. For example:

If you find yourself on a system without file you can use the stat command which will tell you what kind of a file entry it is and where it points. To find out if a link is broken you'll need to then run stat -L to dereference links, which will give an error if the link is broken.

As to the second part of your question, the media directory is often managed by automounters of some sort. The /media/hdd entry may be used by your system for USB mass storage devices or might even be waiting for the right kind of hard drive (ATA vs SCSI vs Xen block device). Broken links won't hurt anything unless a program tries to use them, and the media links are really for your convenience. You can safely leave the /hdd link or remove it as you please.

This is propably an automount-point of some kind.

Not the answer you're looking for? Browse other questions tagged linux shell symlink or ask your own question.

3
Hauppauge TV Tuner Card with Motorola STB and LIRC
1
How do I safely unmount a network share on Linux STB without crashing (I get GSOD)?
2
How to Create Symlink Dynamically for Dynamically Created File in a Folder
33
How to tell if I'm actually in a symlink location from command line?
1
Symlink and folder permissions
1
Fedora 25, pptp connects but not working, too many transferred packets
2
How remove or fix broken symbolic link?
0
Broken symlink to Vim
1
How to tell a program it's in a symlink folder?