I'm getting CPU overheating warnings in linux and it's affecting my performance in games (found in Payday 2 and CS:GO). I've never had problems in Windows.

This is what I found when trying to troubleshoot this issue:

Here's an image that shows how temperature, power, and frequency all go down at the exact same time. Notice how much cpu temperature changes in so little time. 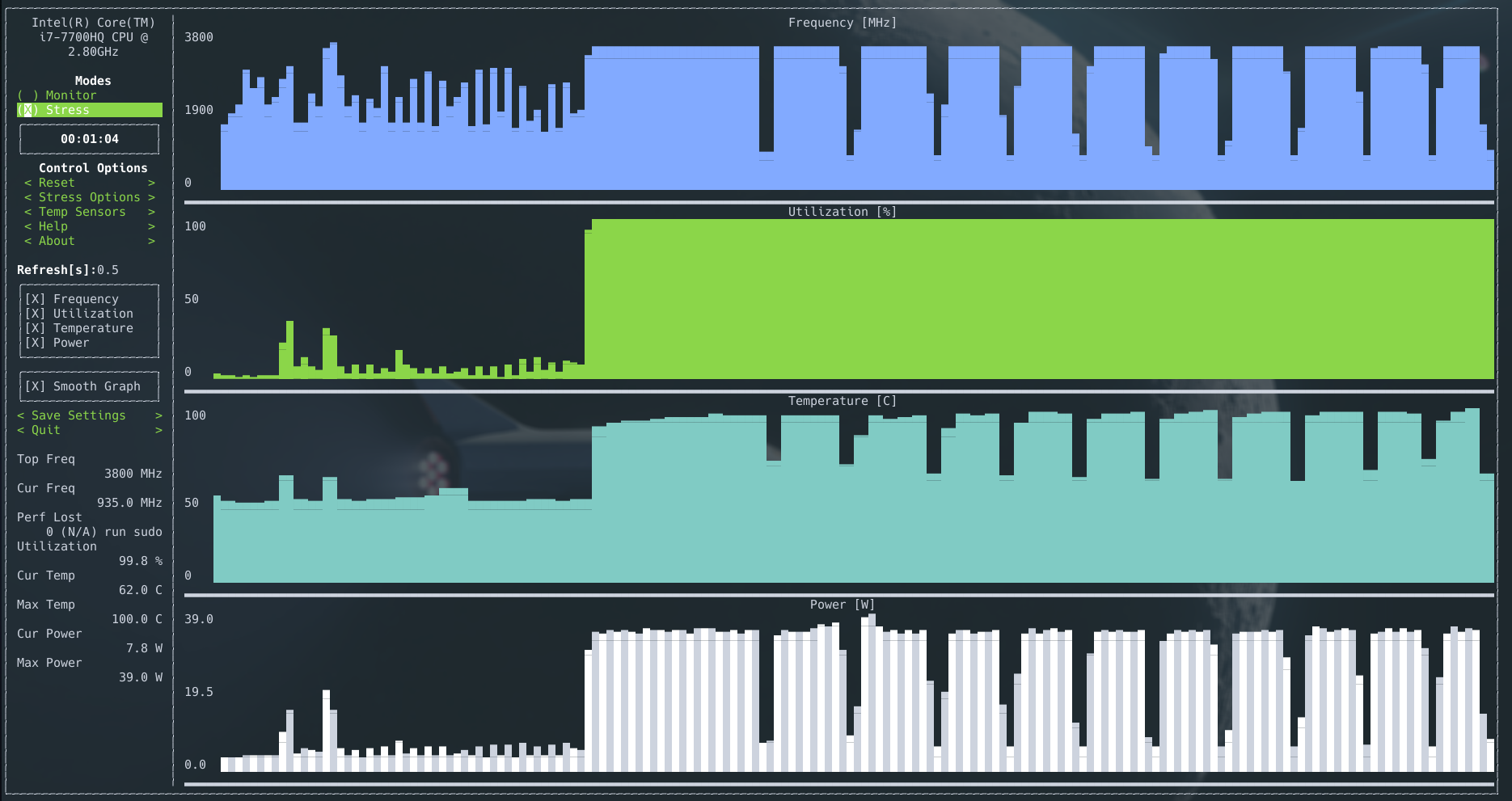 How do I fix this throttling issue? Do I undervolt my CPU in linux? How come it reads temperatures wrong in Linux but not in Windows?

I changed the profile using cpupower from powersave to performance. I still see the same throttling in s-tui. There is a jump up in idle cpu frequency when setting to performance (instead of around 2000-2500Mhz to always at 3400Mhz), but that's the only thing that has changed.

I tried to control fans using fancontrol (lm_sensors), but pwmconfig says there are no pwm-capable sensor modules installed.

I tried it with NBFC, but it doesn't seem to be doing anything, no matter what profile I choose. I don't even know if NBFC can control my fans, but it doesn't report any errors when choosing a profile.

I also tried thinkfan, but it doesn't seem to help with throttling. It also thinks my fan's speed is at 8RPM, see this thread

I found that lowering the maximum allowed cpu frequency using cpupower to something like 3100MHz instead of the default 3800 fixes all issues.

I also changed max_freq in /etc/default/cpupower to the same value, to make it permanent. I found that this does result in a slight fps drop in games, but nothing serious. At least my fps is stable :)

I just stability tested Windows again (with AIDA64) and found it now also thermal throttles. As you can see in the image below the temperatures jump quickly to the high 90s and AIDA64 reports throttling. The clock speed idles at 3.4GHz and a few seconds after starting the test it drops to around 800MHz, before jumping up to 3.4GHz again a second later. It doesn't decide to lower the clock speed while stresstesting to something like 2.9GHZ (like before). 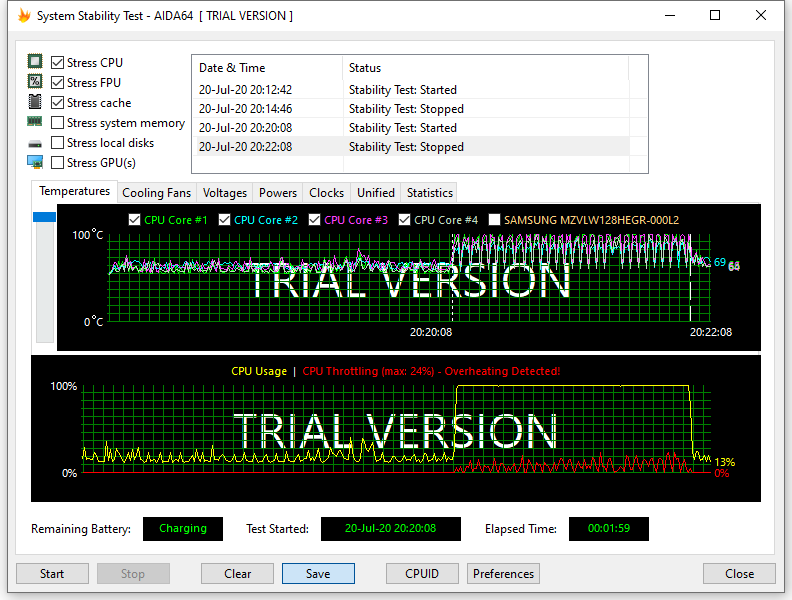 How come it suddenly stopped lowering the maximum frequency in Windows?

The difference is due to windows and linux using different CPU throttling profiles.

You do have some control over this on linux. For example, the following command will show you which profile is currently being used:

There are ways to choose which profiles to use. The Arch Linux wiki has good information on this, it may be worth a read:

There is an additional issue of fan control -- you need to make sure you have the proper drivers for controllin your fans and that they are set to a high enough speed when gaming.

Linux on Laptops can be a helpful resource.

I believe the reason for the difference is because your Windows installation has the Intel Dynamic Platform and Thermal Framework driver which adjusts the frequencies to manage the temperature. Your Linux installation does not have this so your CPU will just run at maximum frequency regardless of temperature, so it'll jump to the maximum of 100C until the CPU's firmware minimizes all frequencies until the temperature drops, then it returns to max frequency and this repeats.

Unfornately the Intel DPTF driver is not availabe for linux AFAIK, so unless you can set up some software to do the equivalent of it (thermald maybe?), I guess you can only simply limit the maximum frequency.

I do not understand how the temperature changes so instantaneously though (it changes between 60C and 100C in a fraction of a second on my friend's Y520 that's missing the Intel DPTF driver; I've never seen any CPU temp change anywhere near that rapidly). I thought it's caused by bad thermal contact between the CPU and heatsink but maybe the chip is designed like this and it's supposed to be managed by the Intel DPTF driver to work properly.

Not the answer you're looking for? Browse other questions tagged cpu intel cpu-frequency temperature games or ask your own question.

1
Cpupower doesn't work reliably
5
FreeBSD throttle cpu clock on high temperature
11
Set critical CPU temperature for thermal throttling
1
Who is throttling my CPU?
5
CPU Frequency drops under load without thermal issues
4
How to completely disable CPU frequency scaling? Problems with kernel 5.9 running on Intel Tiger Lake CPU laptop
0
Poor CPU Frequency on HP Laptop running Kubuntu
1
Why does my CPU disregard the maximum frequency set by e.g. cpupower and how can I keep my CPU from getting too hot?