PXE boot times out after initial set up

When i boot my RHL vm into pxe mode by changing it to boot from the network, the connection times out

Is there any other information i might provide to get an answer?

here is a screenshot of the first error and also the dhcp reference when i tried to use the dhcp command in the pxe menu: 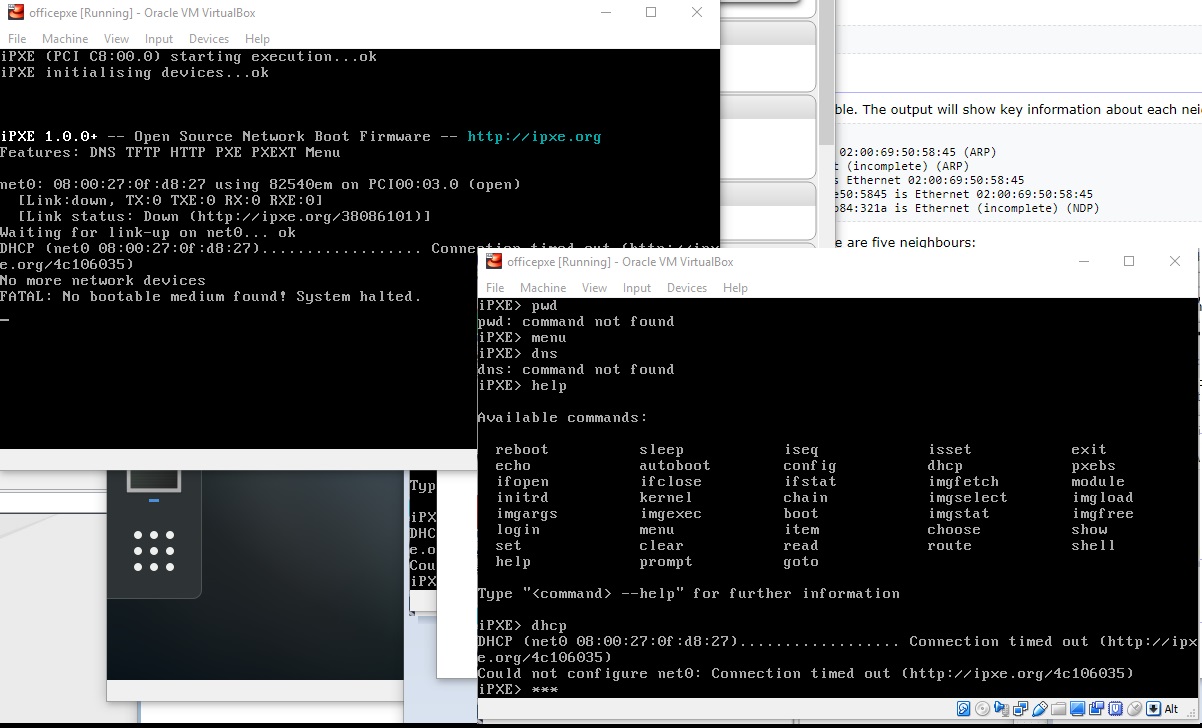 the dhcp server is assigning an IP now. I know this because the net0: IP is in the range of the DHCP service.

So, the error is referencing nothing to boot but i have the pxelinux.0 file in the correct location and the DHCP tftp configuration is set to. Not sure what the problem is now.

Update 2 This continues to evolve as i apply different solutions. I found other users with the same error had applied the Oracle Virtualbox extension pack because this is required for the PXE usage. I think this resolved one issue and exposed another. After installing that extension pack to my Virtualbox install i now get a TFTP open Timeout:

i checked the status of the tftp server with systemctl status tftp.socket and it shows active.

Not sure where the disconnect is now.

UPDATE 3: getting further down the road now. After opening UDP port 69 in the DHCP/TFTP server i now get to my PXE BOOT MENU but after i click on load from local disk I get FATAL :INT18: BOOT FAILURE 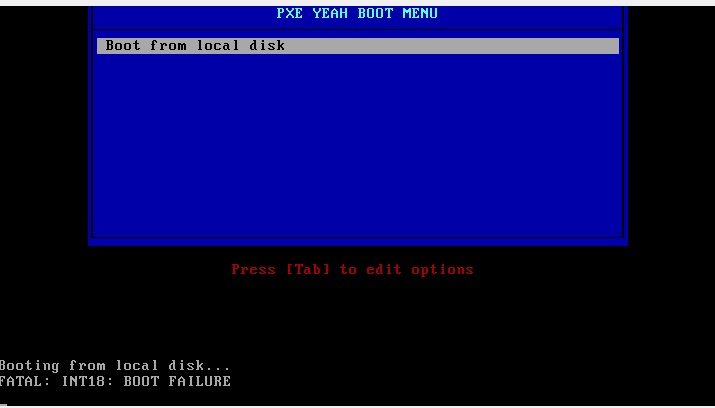 The DHCP server is responding, since the firmware gets an IP address. The next step is to fetch the boot file.

For example, a RHEL TFTP server might be adding /tftpboot as a prefix to any requested filename by default. So if you configure the DHCP server to send a PXE boot filename as /pxelinux.0, the TFTP server will attempt to send /tftpboot/pxelinux.0 unless configured otherwise. This is good security, since TFTP has no real access control; although a TFTP server may only allow access to world-readable files, you still may not want to allow just anyone to download /etc/passwd or other files that might reveal security weaknesses.

Not the answer you're looking for? Browse other questions tagged linux pxe tftpd or ask your own question.

0
PXE boot with NFS: /sbin/init: No such file or directory
3
PXE boot chaining to hardcoded TFTP server?
4
How to redirect PXE boot to another TFTP or to HTTP?
3
How to select a boot disk wie pxelinux
0
How can I get an ESXi installation to PXE boot using UEFI?
1
TFTP timeout problem during PXE boot
2
PXE Boot: “Failed to load ldlinux.c32”
2
Unable to boot ISO files from PXE GRUB menu