How to get a 'compact' look in GTK?

I am not a fan of the newer “touch screen” looks that GTK has these days. I appreciate what the GTK devs are doing (and to be honest, they look great!) But, I am not on a tablet, I am on a laptop and my pointing device is very precise. I use a mouse, not my finger. Even though large toolbars with huge icons are great with touch devices, but they are not that great with laptops that has a mouse. I want to see more on a screen, not less. I also hate newer trends of having less information density on the screen.

To avoid that I switched from GNOME 3 to GNOME 2 Mate. It works but a lot of GTK applications are still so bad. Here are some examples, 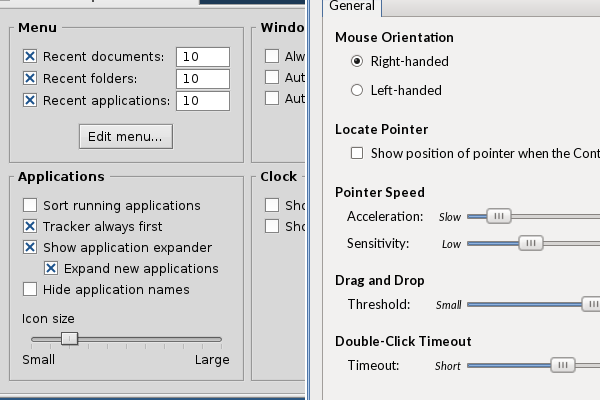 On the left is what I want, but on the right is what I have on my MATE desktop. Spacing: (on left) Menu, Applications are so close together without wasting any space. (on right) Mouse Orientation, Locate Pointer, Pointer Speed have unnecessary space between them. Spacing within sections: (on left) Inside Applications section, all the check-boxes and their options are on spot on. (on right) Inside the Mouse Orientation, the Right-handed and Left-handed radio buttons have too much space in between. Sliders: The sliders in the left is small but on the right they are too big. In fact it looks like they have been resize and hence the blurriness. 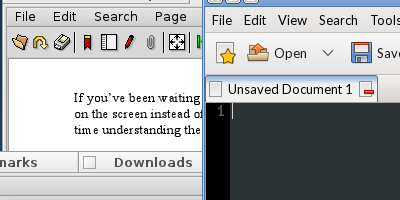 The menubar and toolbar have too much padding on the top and bottom in the right (my MATE desktop) than on the left. Forget the icon labels, the icons are too big for me (on the right). Also the tabs Untitled Document 1 (on right) are much bigger than Downloads (on left).

And same with the drop downs menus. The menu on my MATE desktop are padded too much at the top and bottom than the bottom one. 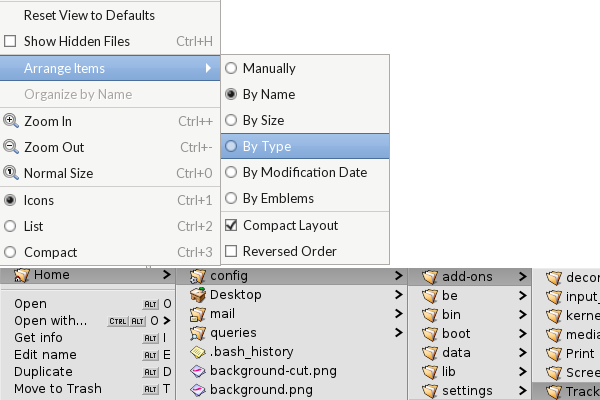 And also buttons. The buttons are huge. Why the unnecessary space? The smaller buttons below are much better than the one on the top. 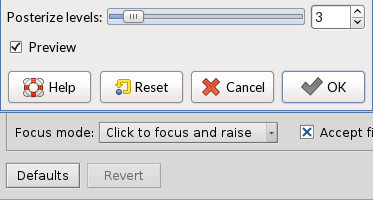 Again, I get it, that touch screen devices need bigger buttons and imperfect pointing methods are the reason why they are so big. And I have no problem with that. But these modern trends of making everything big is so bad for laptops.

I have tried many different themes to make it smaller and this is the most compact one I could get. There are theme that make these UI elements so freaking big (Adwita or something like that).

Ironically, (with some quirks here and there) Kirta and Inkscape guys did the UI much better than GNOME and GIMP. I though GIMP would be better since they created the toolkit.

Anyways, is there any way of making these compact so that I can have a lot of buttons/sliders/dropdows/other UI elements and windows on my screen when I am working. I don't care about the aesthetics. I want functionality. Does anyone know how to make make as close as the ones I showed in my examples.

Disclaimer: I don't use mate, and I was probably in the list of endangered species who loved gnome 3.0.So, probably our tastes are different and my suggestions are not suitable for you.

The problem is not in gtk, but the theme. Adwaita has some specific purpose, and it was probably not changed in years. Saying that, before switching to mate, have you checked other gnome 3 themes? Gnome-looks has planty of them. Given your problem is not unique, I am sure you will find a theme that meets your needs. My personal favourite is nana-4's materia theme, with 'compact' option. https://github.com/nana-4/materia-theme You may have a look.

Not the answer you're looking for? Browse other questions tagged gui gtk theme or ask your own question.

1
How to create themes for MATE?
0
Debian Cinnamon seems to have two window configurations for different applications
7
How to tell what GTK and QT toolkits your applications are using
2
i3 - a hateful handful of font sizes for my desktop
1
Cinnamon, System Settings, Windows: Right side title bar button: 'Sticky'?
1
How can I quickly navigate in the GTK file chooser?