I used the dnfdragora GUI to update about 119 packages (I forgot to update for a while :/). At some point I got a notification from SELinux:

I dug through /var/log/messages and /var/log/audit/audit.log and found the same stuff that SELinux told me.

After all this went down, I noticed things were going kind of slowly, so I rebooted. The reboot was slower, particularly obvious when the Fedora logo was loading, when the login GUI was loading, and when the desktop was loading. An additional reboot did not fix anything.

From looking at the manpage for sss_cache I get the gist of what it does, and that it works with the System Security Services Daemon (SSSD).

This is what the SELinux dialog box is telling me: 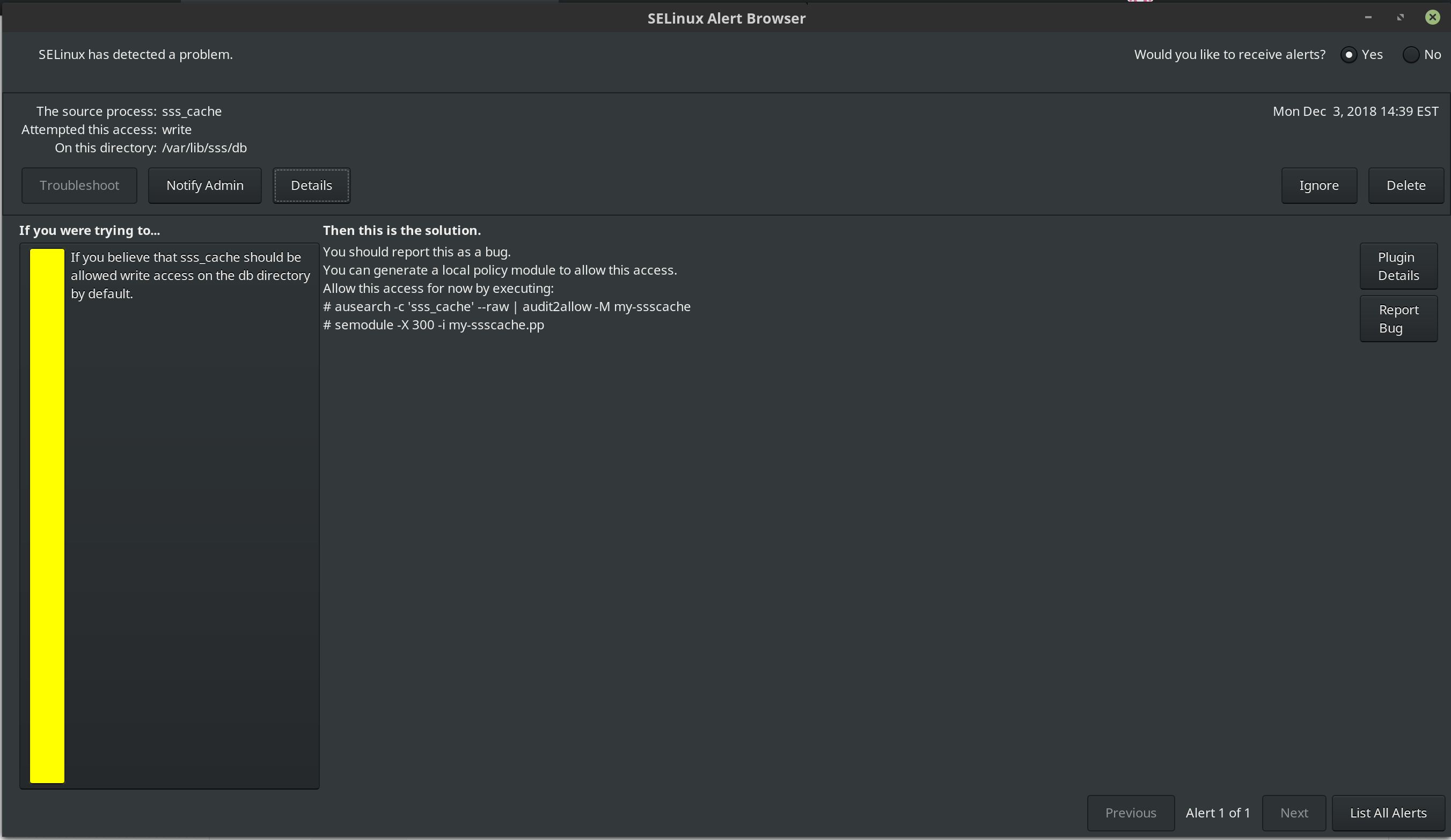 I understand that this will notify the maintainers of a potential bug, and the policy changes will prevent SELinux from alerting on sss_cache in the future. I do not know anything about SELinux other than it provides added/configurable security additions to a Linux system. However, I still do not understand why this happened, or if there are other, potentially better, solutions. Nor is it clear to me if this will clear up the slowdown issues I noticed.

Can anyone tell me:

I am loath to just do what the words on the screen say without additional information. I don't want to put a band-aid on a bomb crater without realizing it.

(Additional Information as Requested): I should have stated: /var/lib/sss/db/ is a directory.

Excerpt from audit.log (includes a potentially unrelated line sandwiched between two relevant ones):

Output of ls -Z /usr/sbin/sss_cache (location found via which sss_cache):

Turns out the "details" window had a lot of info: 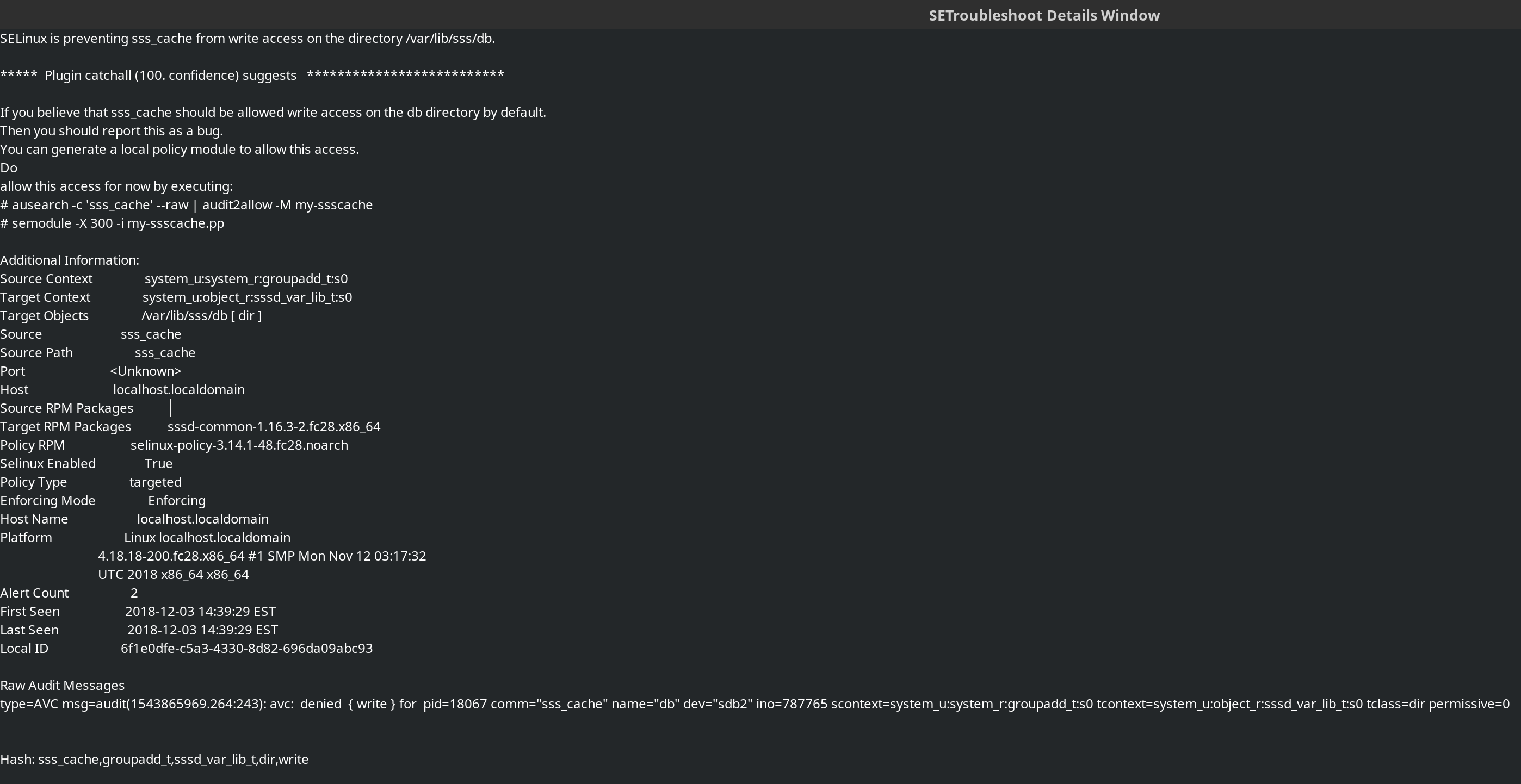 Not the answer you're looking for? Browse other questions tagged fedora rhel selinux sssd or ask your own question.