I have been running Fedora (32 bit) on a USB stick, plugged into my laptop, since version 25. This has been an attempted learning process. Currently at version 28 it now refuses to boot into the operating system (OS) any more. Whilst I could easily replace the system by burning a saved image back to the stick, I would appreciate some assistance in learning how to repair and recover the system.

My boot screen gives seven options for booting into various versions of the OS, ranging from Fedora 25 Rescue to Fedora 28 as shown under.

Regardless of which option is selected the boot progress appears to be random, ranging from hanging after a single line :

to varying line reports ending in examples such as:

I have also attempted to investigate this by booting into Fedora 29 on a separate USB stick and checking the failed USB stick / OS with GParted. This shows an exclamation warning against the Fedora partition (sdd3) stating that the contents of he file system are unable to be read, as shown below. However, both the check and repair options in GParted return that there are no errors on any of the USB stick partitions. 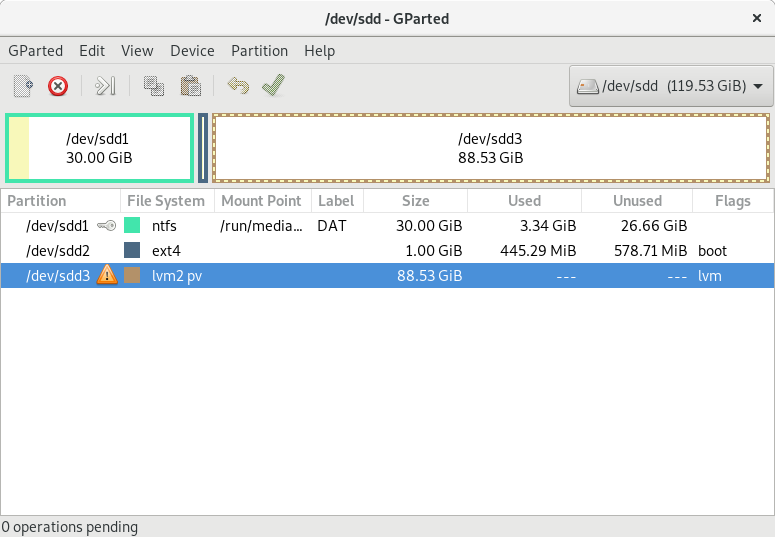 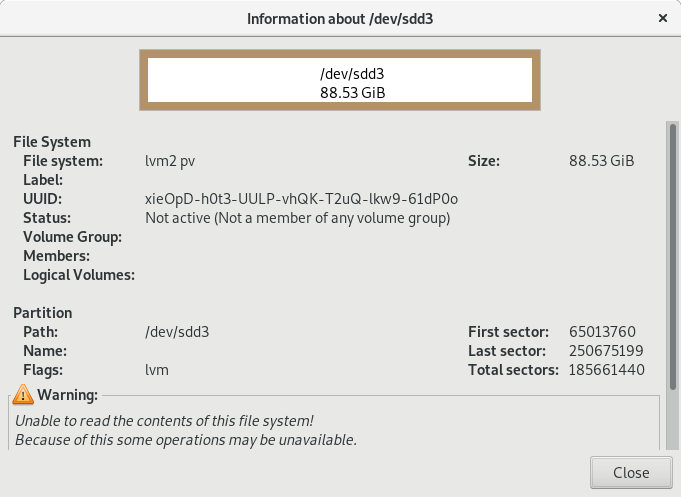 I would boot from a different drive unmount the usb you want to check, and run fsck -N -C -M /dev/sd* then if what it reports looks like it might fix the problem. run fsck -C /dev/sd*

Not the answer you're looking for? Browse other questions tagged fedora boot or ask your own question.