I've setup a linux box where there's a BIND that serves me as a local dns.

Basically by taking advantage of RPZ I can restrict some hosts and at same time with DNSCRYPT I forward everything to OpenDNS to get my DNS results.

inside my /etc/bind/named.conf.options i have:

Where the daemon on 5353 is basically DNSCRYPT listening for forward out to OpenDNS my requests.

It seems however that I have some big issues with CDNs / servers that use anycast IP addresses or that plays around with geolocalization for speedup their functioning.

All of these services with the exception of storage.googleapis.com considerably slow down respect of what they are in terms of bandwidth compared to when I connect my machine directly to the fiber modem.

I started to believe that the cause creating this problem is given by the fact that OpenDNS that ultimately makes the request is located somewhere else respect my location so if we ask for an anycast.

This increases the ping but also you take a longer path with a lower bandwidth granted.

In my example I tested s3-us-west-1.amazonaws.com with the OpenDNS check tool. As you can see that DNS behave very differently pointing to different servers depending on the location where you reside. 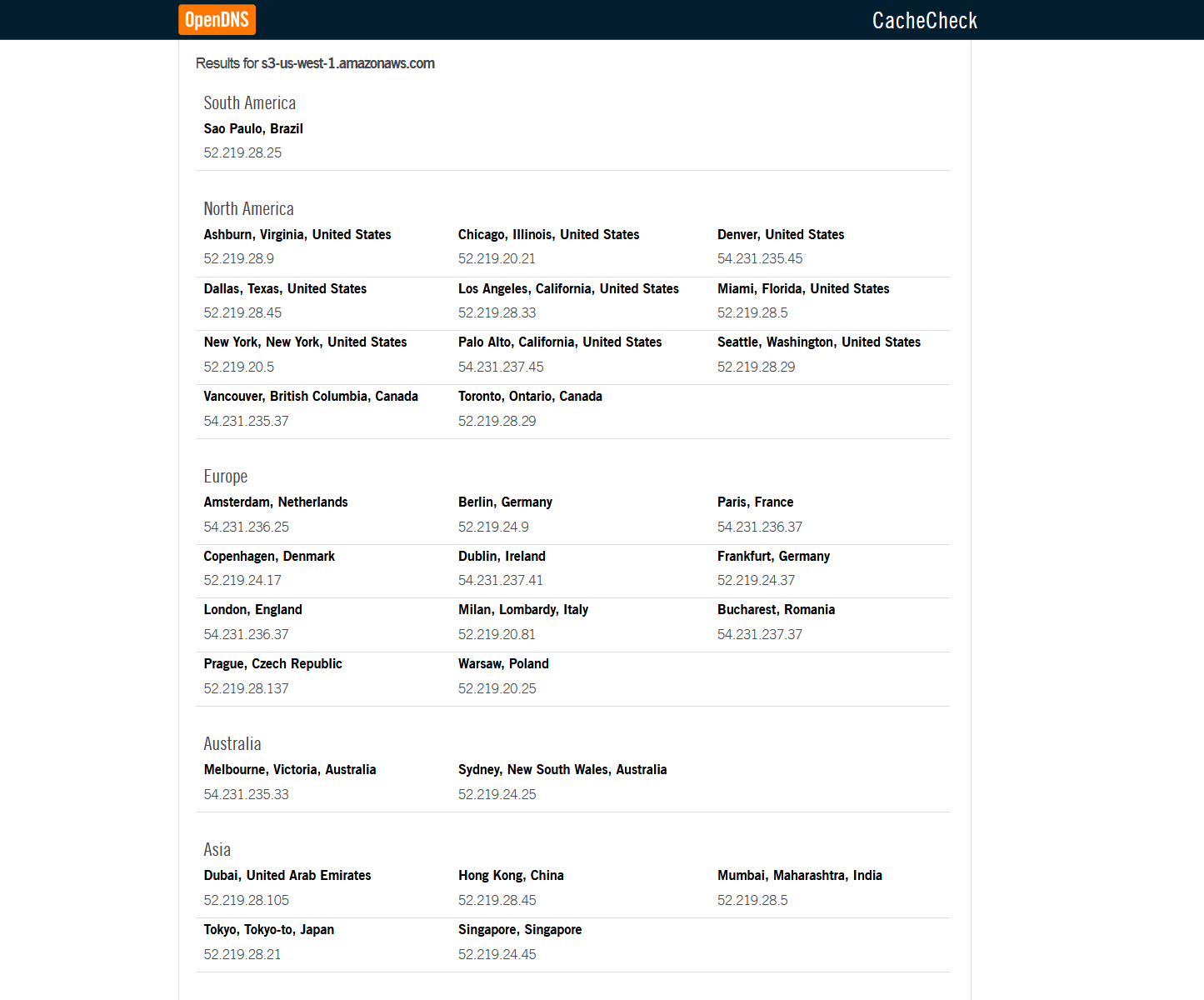 HOW I THINK IT COULD BE SOLVED

Because the fibre modem of my provider have it's internal DNS server and resolve a cname like s3-us-west-1.amazonaws.com picking the best server in terms of bandwidth a geographical distance, I would like to forward all the *.amazonaws.com queries to 192.168.0.1 instead of the DNSCRYPT one..

For every other domain i would like to use:

But If domain is inside *.amazonaws.com, *.cloudflare.com, *.wetransfer.com .. instead use:

So the question is:

Could this being specified in some way inside with the RPZ files ? And how ?

edit: maybe i found a solution on a reddit thread - i put it here in order to check it later

Browse other questions tagged debian dns bind bind9 or ask your own question.

2
possible spots to configure BIND-DNS forwarders
11
How to check if port forwarding is enabled?
4
Configure BIND as Forwarder only (no root hints), encrypted + RPZ blacklist / whitelist all together
2
What are the most restrictive external firewall / DNS listening port settings I can have for my DNS server (internal clients only)
6
BIND9: DNS resolves sometimes (!) take very long or don't work at all
2
How can I tell which DNS server is being queried (Raspbian Lite)
0
configure same domain name as external in bind
1
Configure BIND and DNSMasq to work together on the same machine
5
Going all-in on DNSSEC