What's the deal with Deno? We talk with a major contributor to find out. Listen now.

Reduce size of my screen with a command line

I am running a Debian stable with Cinnamon graphical interface 3.6.7 and my computer is connected to a multimedia projector. I havea an Intel Graphic card. 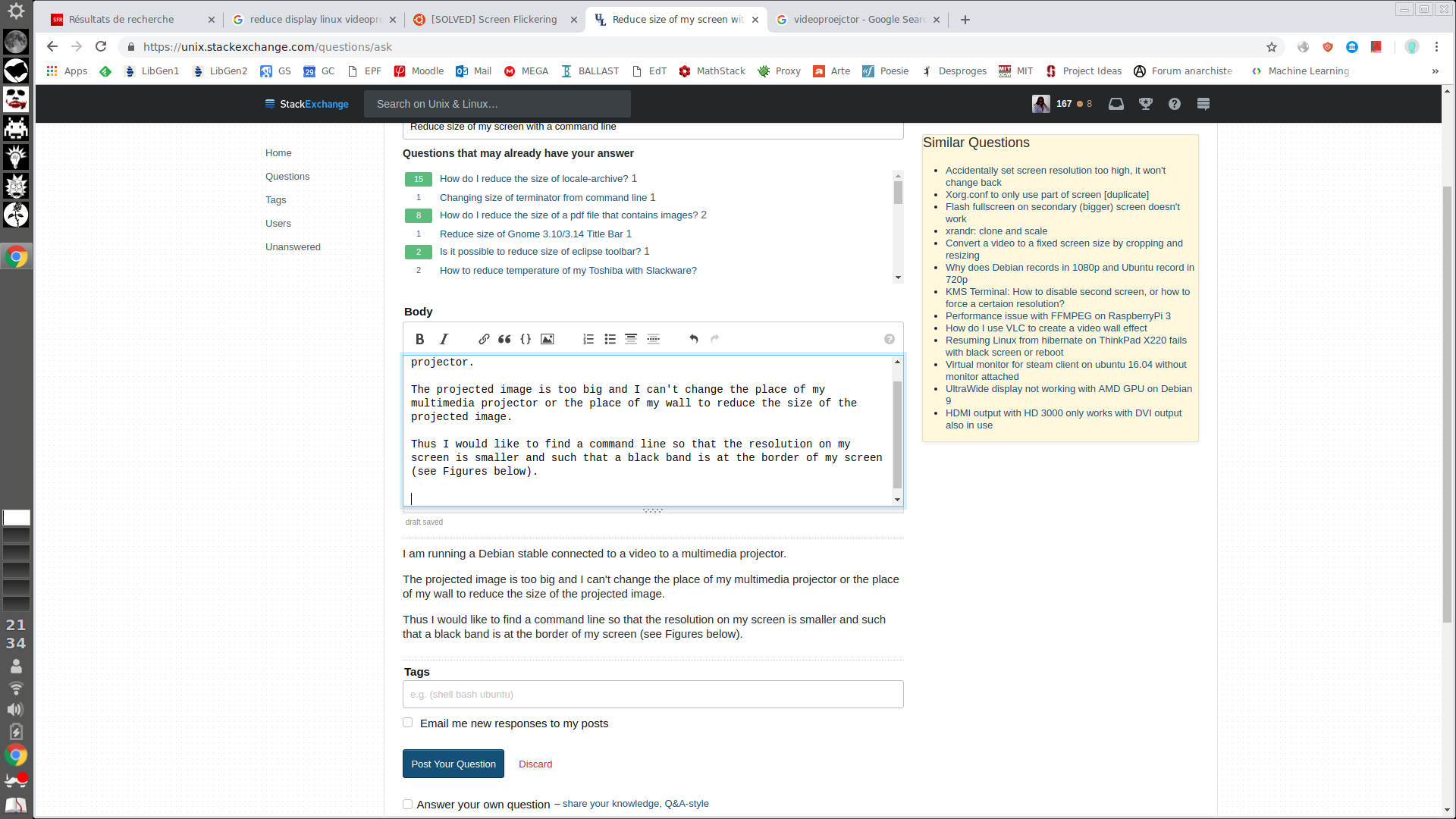 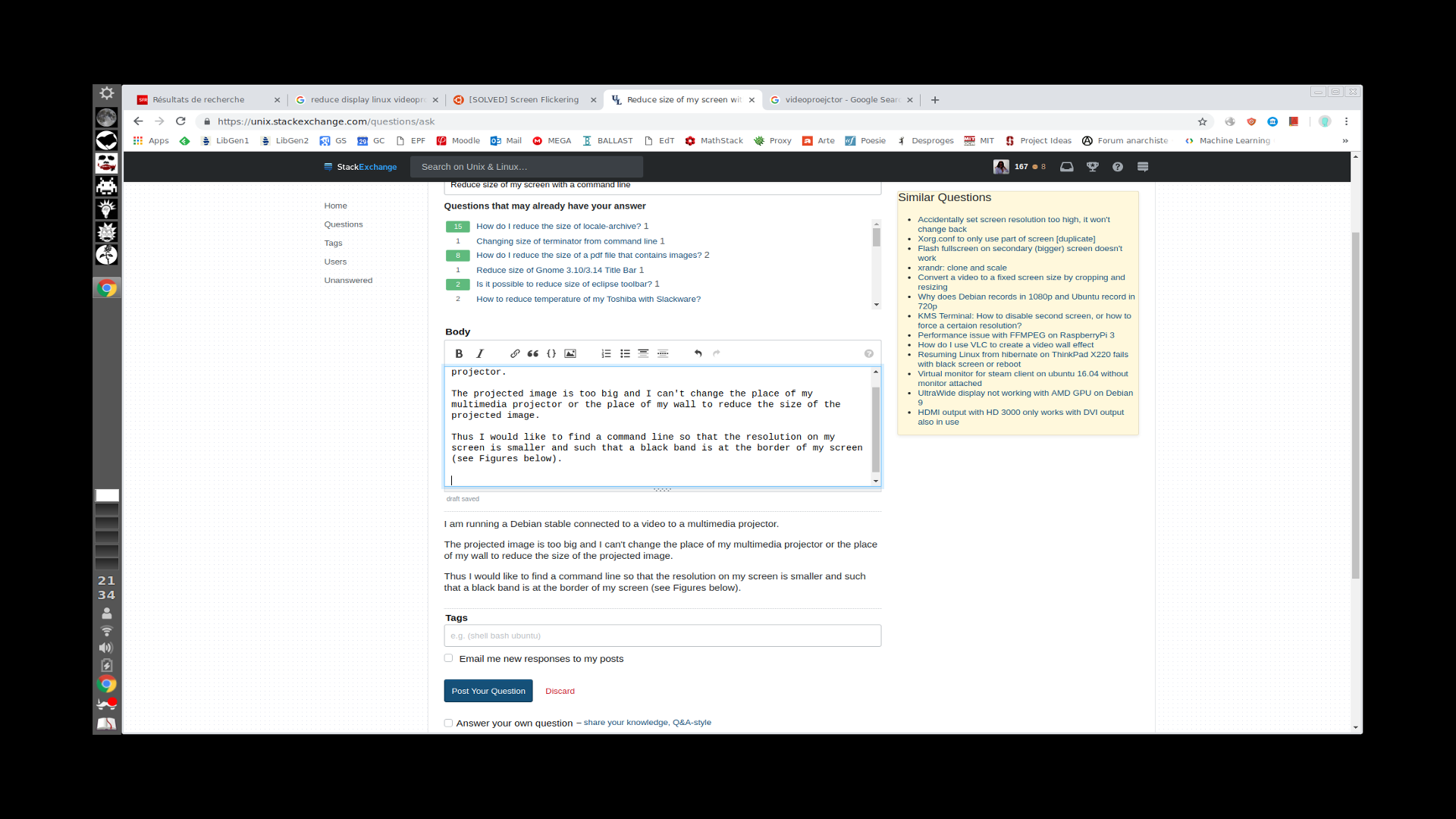 Use xrandr to detect the default output. Then you can make a black border:

(not working with intel graphic card)

Not the answer you're looking for? Browse other questions tagged debian command-line display resolution size or ask your own question.

1
How to reduce the size of an mpeg file using the command line ?
6
How to retrieve downloadable file size with curl command?
0
Lower possible screen resolution on MX Linux than Windows
0
Scaling bugs in Debian 10/KDE - how to increase the size / zoom of apps instead of scaling the display?