I am using the following command to start a konsole + execute a command at startup.

The goal is that the konsole stays open after executing the command (which does work as it is intended).

With 2 of such startup scripts, if i don't close all konsoles mannually before shutting down, 4 terminals will open (2 as intended + 2 'clean').

Does anyone have an explanation why this happens? Why does each command open another bash if i don't close them manually before rebooting ?

I thought shutting down via KDE or using the shutdown command should close all terminals, so why is this even happening at all ?

Hello and welcome to this site!

It's been ages since I last used KDE, but if I remember correctly, it saves the current session on logout/shutdown and automatically restore every open application on login by default.

There's should be an option to disable this function under 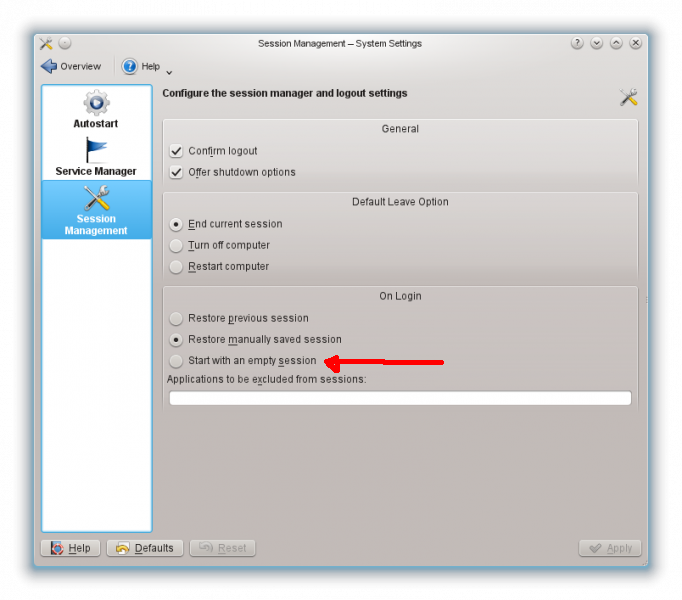 Not the answer you're looking for? Browse other questions tagged bash boot startup konsole or ask your own question.

4
Automatic cleanup of Bash history
0
where does history timestamp stored before i enable it
1
After shutdown Debian stuck totally unresponsive on black screen
0
Running script at startup and exiting gracefully at shutdown
0
shopt -s extdebug in .bashrc not working in script files
0
bash_logout and history
3
Processes PPID changed to 1 after closing parent shell