Lxqt: what are the Qt-themes/Widget Styles, and how to install new ones?

Appearance of themes in Lxqt is determined at two levels (like in Plasma 5). 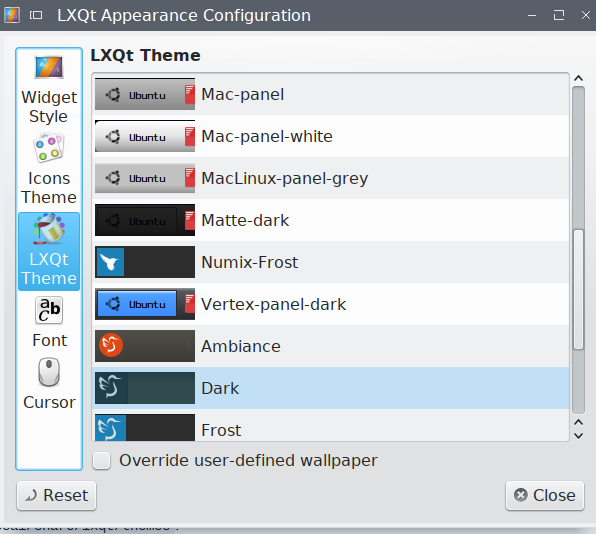 The Lxqt "Widgets Styles" are Qt themes that affect the whole texture of the desktop - like the Widget Styles of KDE. With Lxqt installed on top of Kubuntu, I even see the same widget styles listed in both desktops environments. 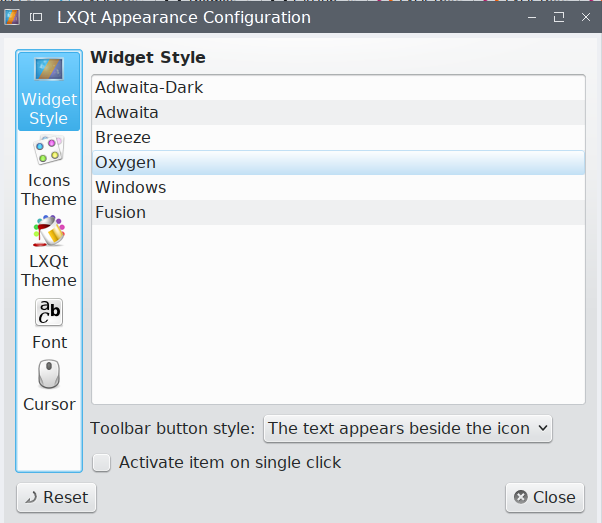 How can new ones be found and installed in LXQT?

They are Qt-themes operating at a higher level than the given desktop environment themes, so that they can be used in both KDE/Plasma and LXQT.

The most common KDE/Plasma widget styles work with LXQT too and they are to be installed in the same way as in KDE. They may be available as deb or other type of installation packages, or may need to be installed from source, but the most common can be found in the repositories (Breeze, Oxygen). In Ubuntu/Kubuntu they can be easily found and installed when searching the software manager for "kde-style":

Widget styles like Kvantum come with their own theme manager from which different themes can be selected. Such widget styles are made for both KDE and Lxqt and their manager can be also used in Lxqt (at least Kvantum manager can). 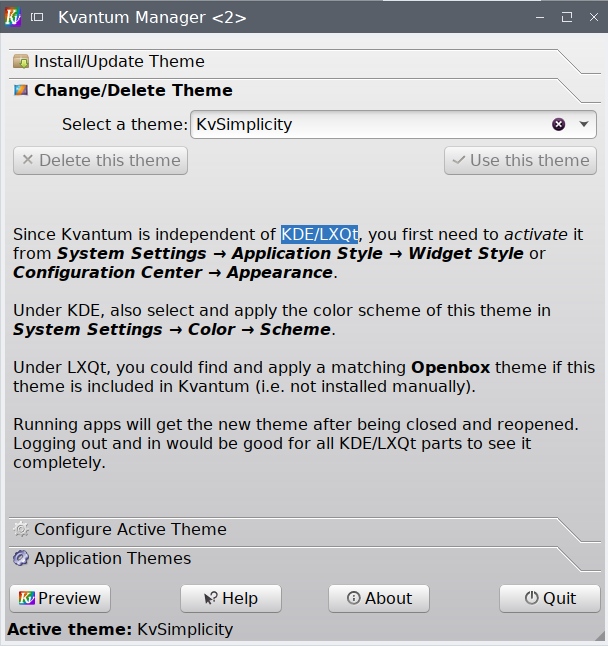 Kvantum has a lot of Kvantum-themes of its own, including dark ones; another similar widget style that comes with its own manager is QSvgStyle, but it only has a few themes, and they do not look great in LXQT. There is also IaOra.

I'm not sure all possible Plasma widget styles work in Lxqt but all that I have tested do.

1
How to make the toolbar and tabs-bar of qterminal dark?