How to configure integrated numpad on keyboard, using linix mint?

As you can see one the link below, that pc has an integrated numpad on the keyboard. But, Linux Mint 19 doesn't recognize de key 'fn' to change from number pad to the actual letter. Is there any combination of keys to change that instead of using the 'fn' key? or any universal driver for this type of keyboard (like cheese for webcam)? 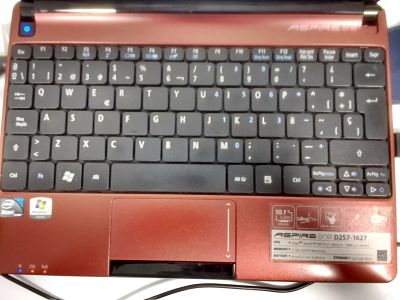 Linux is not special in this regard.

As I have said before:

Fn does not appear on keyboard layouts, you will find, because as far as the operating system is concerned, it does not exist. Operating systems do not deal in this key.

The Fn key is handled entirely by the microprocessor in the keyboard. Knowledge of it is not sent over the wire. There's no USB HID "usage" denoting it. It has no PS/2 scancode.

The keyboard's microprocessor uses the current Fn shift state (incorporating any "Fn lock" or latch) to determine the usages/scancodes that are sent over the wire for other keys, including the keys that double-up as both function keys and (say) multimedia keys.

(In a number of modern keyboard microprocessors, there are four maps from physical keys to usages/scancodes, one for each of the four combinations of current Fn shift state and NumLock LED (sic!) state.)

For some keyboards with Fn keys, the manufacturer also provides a vendor-private USB output mechanism for setting the sense of the Fn shift state, so that it is always on and the key turns it off rather than it being always off and the key turning it on. This mechanism is what a firmware's SETUP utility invokes, and what utilities like the Lenovo Keyboard "Driver" invoke on Windows. Outwith this, though, operating systems and applications have no knowledge of Fn.

Not the answer you're looking for? Browse other questions tagged linux-mint keyboard or ask your own question.