what are the different caches reported by slabtop?

Does anyone know where I can get a description of the different kernel objects whose memory caches reported by slabtop on Linux? For example what is filp, radix_tree_node, etc?

The slab's reported in slabtop are difficult to quantify to a particular kernel module because they're getting merged down into singular types which overlap based on their similarity to others in terms of the objects they're holding.

Specifically, on modern Linux the names shown in slabinfo are basically a hint because the current slab allocator in the kernel merges multiple slab types together if they are sufficiently similar. If five different subsystems all want to allocate (different) 128-byte objects with no special properties, they don't each get separate slab types with separate slabinfo entries; instead they are all merged into one slab type and thus one slabinfo entry. That slabinfo entry normally shows the name of one of them, probably the first to be set up, with no direct hint that it also includes the usage of all the others.

(The others don't appear in slabinfo at all.)

This article goes on to discuss that because of the above merging, often times there's slab cache types that don't show up at all in /proc/slabinfo. You can see some of this effect by looking here: /sys/kernel/slab. This directory shows which slab caches are getting merged with others in the form of symbolic links. 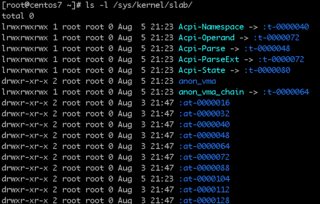 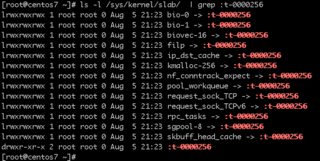 The image on the left shows the links (light blue) from the directory /sys/kernel/slab which are getting merged into other slabs. The image on the right shows all the caches which are merging into :t-0000256 slab.

If we continue to look through the /sys/kernel/slab directory:

Here's the filp you were inquiring about. To see more about it you might want to try installing the slabinfo CLI.

I did not have this CLI available to triage this further on CentOS 7.x but you may want to investigate it. Compiling this CLI gives you access to slabinfo -a which shows the aliases that the slabs associate with under /sys/kernel/slab. I believe it's these alias that you're looking for which will help to associate which slabs are which in the slabtop. 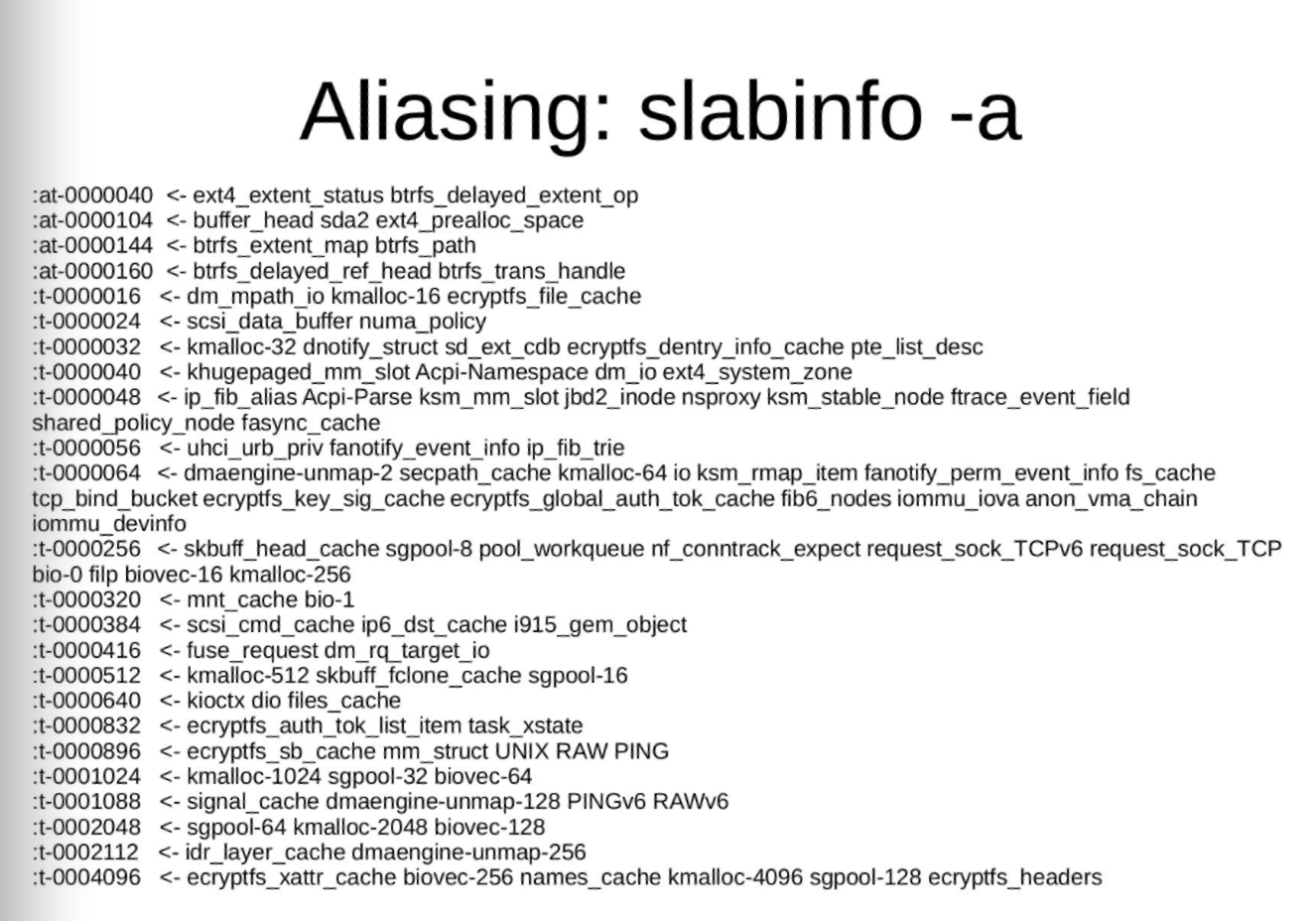 Not the answer you're looking for? Browse other questions tagged linux or ask your own question.

8
Linux Kernel logical address space organisation
11
What are the main differences between Unix and Linux kernels today?
0
is there a description for kernel messages?
10
How to disable processor's L1 and L2 caches?
4
What is the layout of kernel space in 32bit linux?
4
What are the list of different type of caches in Linux file systems?
0
How does the OS know which type of flash memory we are using
12
Is it necessary to explicitly flush the HDD on-disk write caches?
11
Is "Cached" memory de-facto free?
1
What do the abbreviations in OOM Killer memory statistics report mean?