I am building a CentOS 6.2 webserver on a Hyper-V Cluster and have hit a major issue. The current setup is this:

The last thing I installed was the "Hyper-V Linux integration Drivers" after which ... a few days later the entire OS locked up with "task blocked for more than 120 seconds" error right down the console. I now find this error rears it's ugly head over a prolonged running time and be triggered via a yum update command flagging right after the second download. 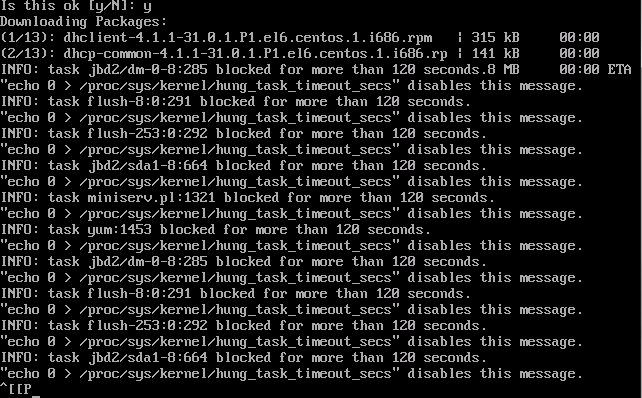 I've tried fsck as suggested on other forums but to no avail. Most other forums indicate hardware issues as the cause which can not fit here with the Hyper-V cluster (currently running a dozen high demand services with no issues)

EDIT: (should have mentioned this first time around) this error is the last thing I see prior to the whole Kernel locking up. after this the only way to fix it, is to hard re-boot the virtual machine.

Any help solving or diagnosing the problem is much appreciated.

Thank You (in advance)

OK serious escalation here. I've now got 2 other Linux machine of the same cluster with related issue and all of them fall over at the same time. I have a Ubuntu server complaining of a status: {DRDY} and a second CentOS 6.2 server complain of the same error as the first and the first server has crashed in a new way... 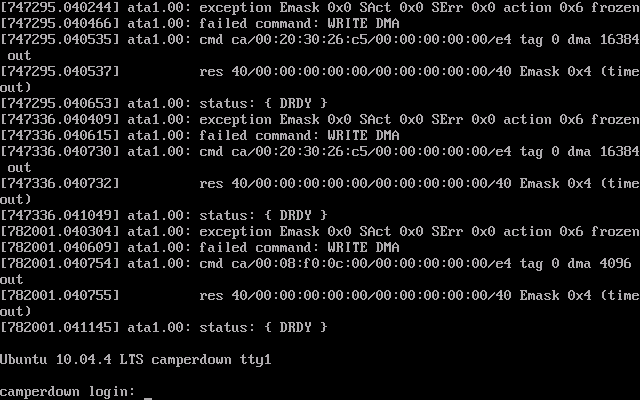 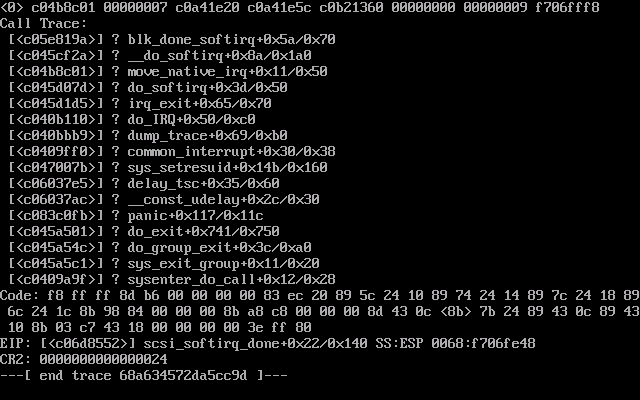 UPDATE 2: OK we got the cluster fixed but the problem still persisted with the two CentOS VMs. I have fix the first problem centOS by moving it the a un-clusterd Hyper-V and blacklisting all the Linux Integration Drivers followed by completely uninstalling them. it appears that the Linux integration drivers for the guest Machine along a the issues with clustered system causes this issue. the second CentOS machine is not so lucky... even though I have moved it to the un-clustered Hyper-V and blacklisted the drivers it still crashed unfortunately right in the middle of the uninstall of the linux integration driver. now I have the very big issue of the driver package showing in the rpm DB and only being half there.

Question: is there a way of completely removing these drivers without using rpm or yum as now both complain it's there and not there and fails to remove it and trying to do anything too disk heavy like using rpm and yum cause the whole system to crash again. at this rate I may end up completely re-building it, but I need it stabilise soon as it host critical services.

OK my final troublesome CentOS VM has now been fixed. to remove the botched Linux Integration Driver and stabilise the system I did the following:

After this I think I'll leave the Hyper-V drivers out of the mix until I am comfortable that they work and are stable.

You kernel has enabled this task block detecting feature. In most cases, this should be fine since it's not real block. You can just use the command suggested above to disable this.

I've met similar problem before. In kernel, if you use down(semaphore) instead of down_interruptable(semaphore) to wait a semaphore and this semaphore is not up in 120 seconds. It will have that INFO printed. Actually it is fine to have semaphore not released in 120 seconds.

If things work fine except this INFO, just disable this by echo 0.

Not the answer you're looking for? Browse other questions tagged kernel centos rpm linux-kernel rescue or ask your own question.

10
getting error "Can't create transaction lock" with rpm
3
Error on application install: /lib/ld-linux.so.2: bad ELF interpreter: No such file or directory
1
yum remove is not idempotent
0
Make spec file OS-version-specific
3
Why does a yum package update replaces my yum-cron config files?
0
Update Machine Kernel 2.6.18 with CentOS 5.4 to at least Kernel 2.6.31
1
Issue with elrepo-kernel: packages are not available
0
How can I upgrade rpm on CentOS 7?