When running a virtual machine in VMware (Ubuntu 16.04 host), both the guest system (Windows 10 at the moment) and the host system regularly become unresponsive for several seconds, e.g. when starting Atom or Visual Studio in the guest VM.

RAM usage reports look normal (16 GB total, 6.5 GB used by the VM as “shared memory”, some GB free), but while the system is unresponsive, IO tasks are either suspended or very slow, for example copy/paste of text takes several seconds.

Changing settings (virtualisation settings, VM’s RAM, …) in VMware does not have any effect.

The solution is to disable khugepaged defragmenting:

See this answer from the question Arch Linux becomes unresponsive from khugepaged.

Also, it is probably a good idea to limit the amount of RAM which VMware can use for running VMs to reserve some for the host system (Edit > Preferences). 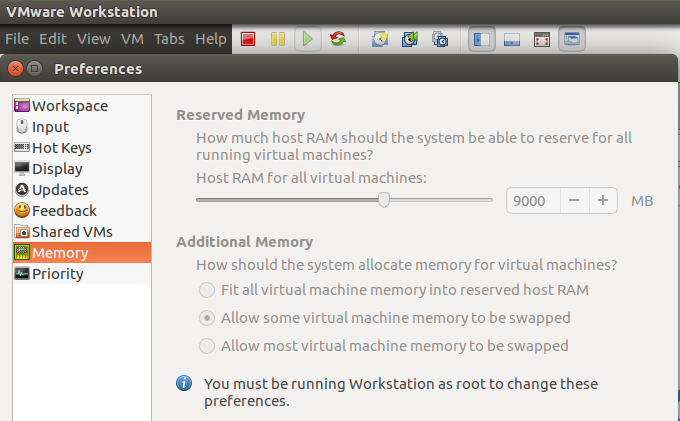 Note: I am re-posting this answer under this question because the answer is very hard to find – it literally took me years.

I will leave this answer here in case it might help someone else.

I've experience frequent freezes and hangs both on host (Ubuntu 19) and guest (Centos 7) while using VMware. I do not know what is the problem and I did not find a solution on any forum. I am using a Dell Xps 9570. 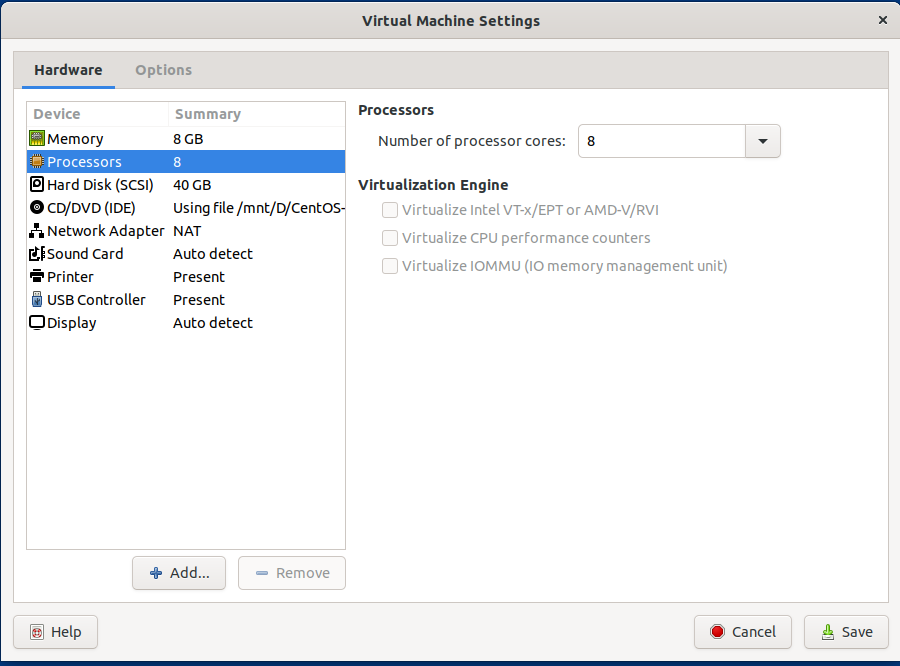 For me none of the above helped, also disabling 3D support did not help.

Instead what seemed to help is to set the power setting "Turn off hard disk after" (at "Power Options" > "Change advanced power settings") to "0" (minutes), to disable this feature.

This also seems related to the fact that the problem typically only occurred after a while of not using the running VM (which then gave Windows enough time to run into this setting and to try turn off/on the "disk" (actually an SSD in the host system)).

I had similar issue on Ubuntu 18.04 on Dell XPS 15 9670 and TB16 docking station (temporary freezes (1-5 s) regularly, starting Win10 cause reproducible crashes). Since the actions below all problems are gone:

I'm still not sure which of these really nailed it, but now I'm fine at last.

When I disabled the block device write cahce(vmware), the issue has gone

2
Is VMWare causing my Linux host to lose network connectivity?
3
Restricting / disabling linux disk buffering in a virtual machine
11
How do I figure out what's freezing up my machine?
1
Why CentOS uses half of the memory for devtmpfs or tmpfs?
1
QNX 7 (virtual machine) font in vmware player 15 is too small
0
Cannot log into VM After Reboot