Ubuntu doesn't boot on my machine, I wiped Windows off alltogether, just want Ubuntu only running on it.

The laptop has also a 32Gb SSD drive for quick booting Windows, which I don't mind not using if it makes the install easier, but the other HDD is a 500Gb which I don't need to recover any files from it.

The Boot Repair tool didn't work, and this is its output: http://paste.ubuntu.com/p/YzDJP5SQpz/ 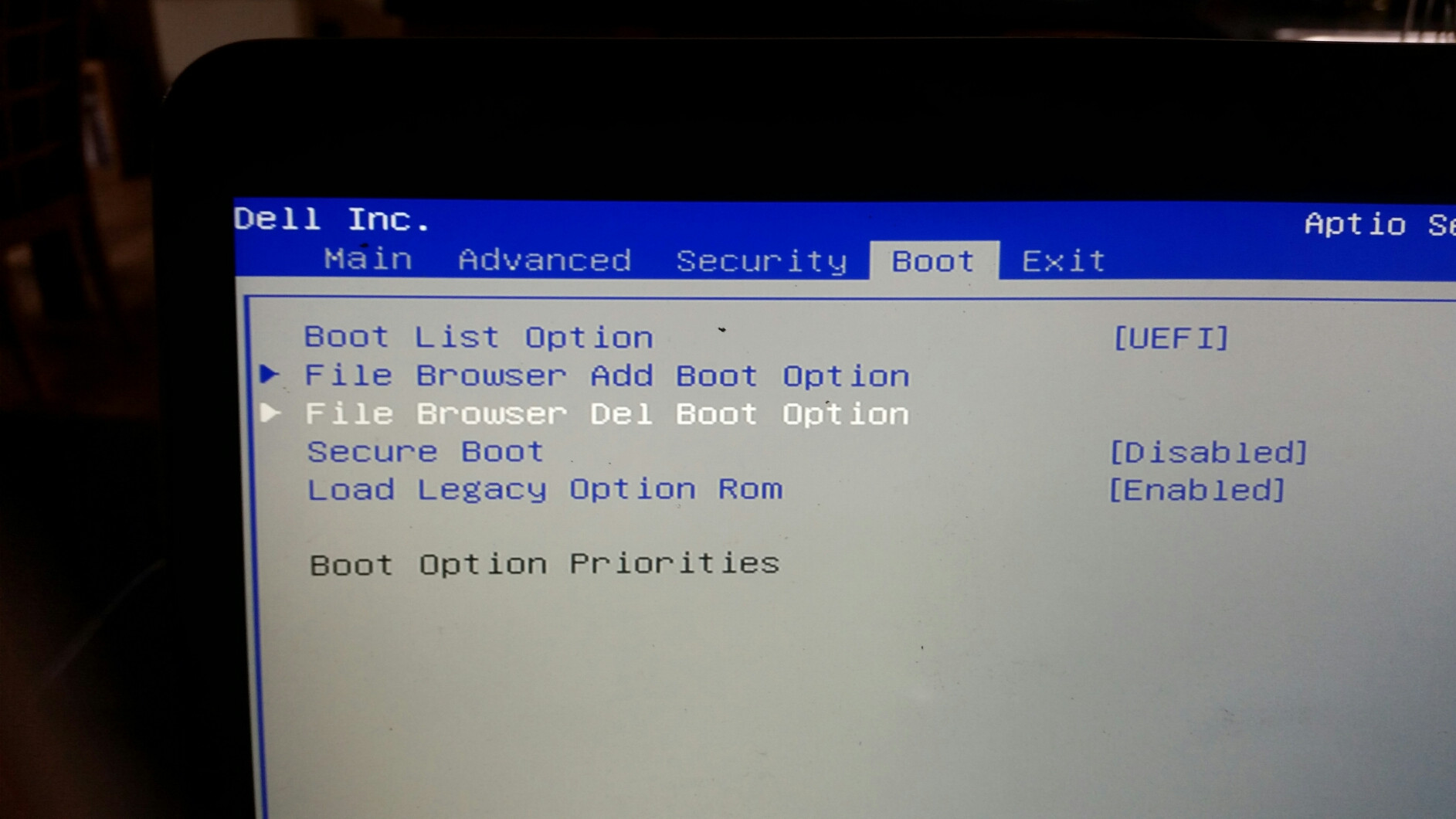 The issue manifests by not getting anything at the boot stage, only a cursor can be seen, and no other output is displayed.

The Boot Repair Tool says your /dev/sda (= the disk the installed Ubuntu is supposed to boot from) has Disklabel type: dos and Boot files: /grub/grub.cfg /grub/i386-pc/core.img, so the installation expected to do a legacy MBR-style boot, and installed a version of GRUB tailored for it.

On the other hand, your setup screen clearly indicates your system is set to boot in the UEFI style.

Your system should have not one, but two options for booting an installer from any given CD-ROM or USB installation media. One should result in a native UEFI-style boot; the other, which you apparently have used, is legacy MBR-style boot.

The trick is, you must boot the OS installer using the same style the installed OS is expected to use.

If you boot the installer in MBR style, it won't be able to access EFI boot variables in the system NVRAM, and so won't be able to complete the installation of an UEFI-style bootloader. It will also assume that a MBR-style partitioning and bootloader is what you need: it will create a MBR-style partition table if re-partitioning disks from scratch, and will not create the EFI system partition (ESP).

If there is nothing you need to keep on the system, you should boot the Ubuntu installer again, but in UEFI style this time. Then you should remove all existing partitions, so that the installer can flip the partitioning style to GPT.

Not the answer you're looking for? Browse other questions tagged ubuntu uefi or ask your own question.