On Linux Mint 18.3, when I used to install mdm, the command sudo apt install mdm would open a prompt such as: 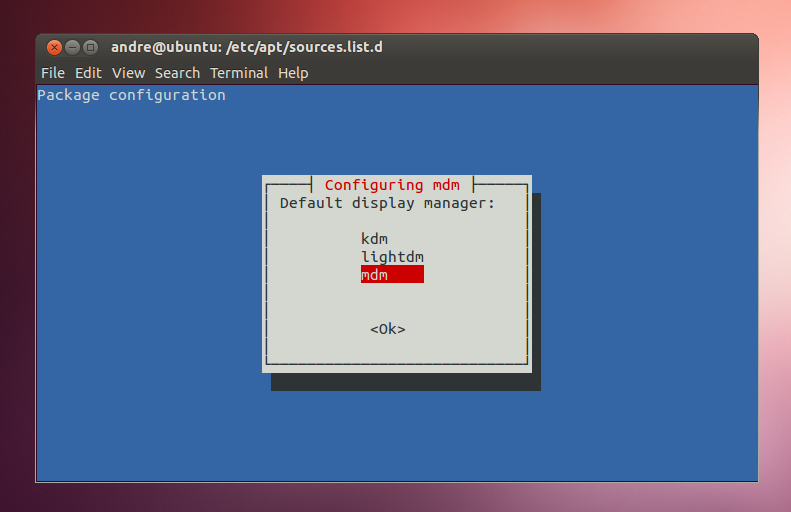 and I would choose the default display manager. Running sudo dpkg-reconfigure mdm would also open the new window.

On Linux Mint 19 Beta, installing mdm does not open such a window. How to overcome this?

I just compared step by step on two fresh installations:

Mint developers have added a new software package called middleman which uses the name mdm, replacing the Mint Display Manager, which is no longer available from what I've seen. Kind of a juvenile way to force people into your personal preference, but user preference no longer seems to be a priority.

Not the answer you're looking for? Browse other questions tagged linux-mint lightdm display-manager mdm or ask your own question.

2
Update is telling me my package system is broken - the instruction to fix it doesn't work - what to do?
3
What is the correct procedure to replace MDM with LightDM on Linux Mint?
2
Gnome-terminal cannot open in working directory
1
Nvidia driver 418 missing dependencies
2
Make app open to default size with cinnamon desktop, on Linux Mint 19.1
1
Fresh, default Linux Mint install not booting
0
Linux Mint default partitioning: Useful for System Reinstallation?
0
Can I safely remove cinnamon if I have i3?