How to make Fedora user a sudoer?

I want to give a Fedora user sudo privileges. How do I do that?

As root (or with sudo from an account which already has the power), add the user to the wheel group:

I use gpasswd because not all versions of usermod have an easy way to add the user to a group without changing all the users' groups. However, on any recent Fedora, usermod username -a -G wheel should have the same effect.

Group membership does not take effect immediately — the details are complicated, but the easy answer is that the user whose account has been modified should log out and in again.

If you are using Fedora Workstation with the GNOME desktop environment, you can use the GNOME settings panel to add a user as an "administrator": 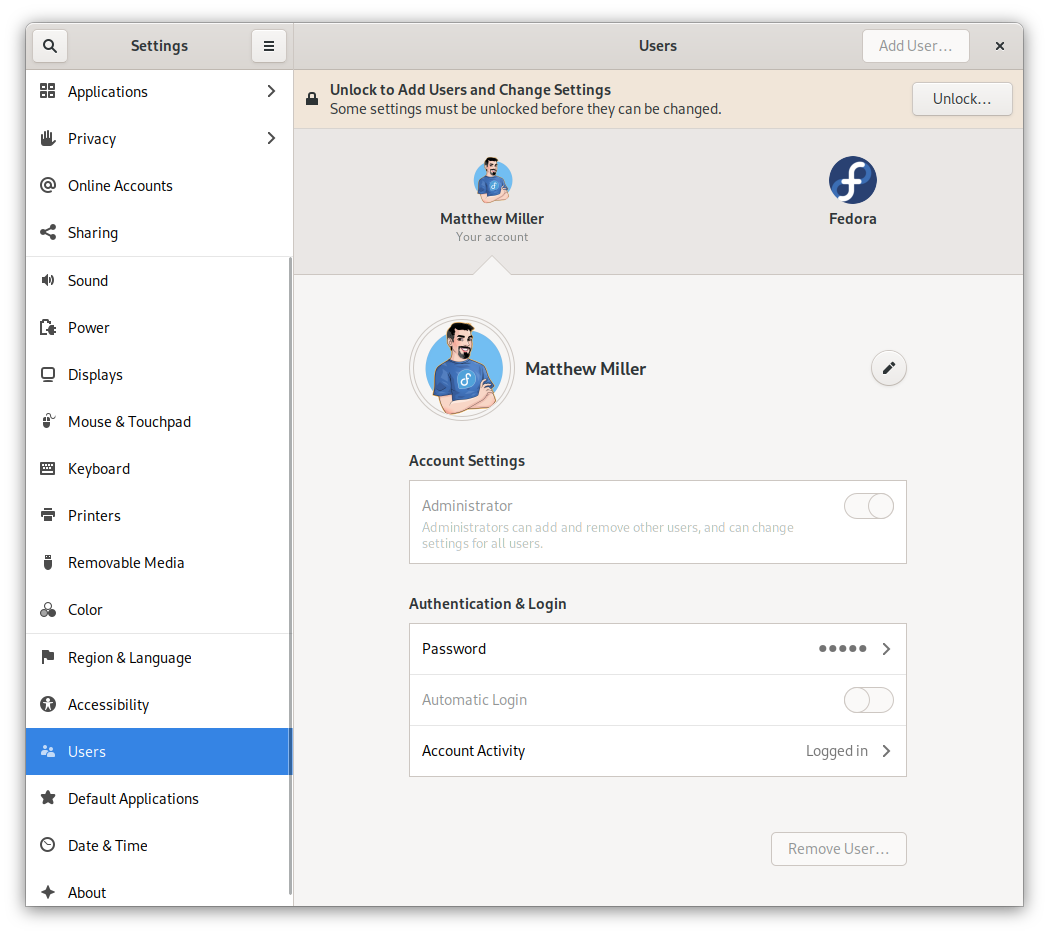 You will need to unlock the panel either by already being an administrative user (useful for adding the power to another account) or by providing the root password. The switch is grayed out in my screenshot because I'm the only administrative user on this system and it won't let you shoot yourself in the foot in that way. (The command line tools, of course, will.)

The GUI switch has the underlying effect of adding you the user to wheel, so it's exactly the same as the command line option.

If you are using Fedora Linux 14 or earlier, use visudo to edit the sudoers file, removing the # from this line:

This is the default in the sudoers file on Fedora Linux 15 and newer, so adding the user to wheel is all you need to do. Note that (as above) this won't take effect immediately; the easiest thing to do is log out and in again.

See also this question and answer over on Server Fault for information on granting sudo-like "auth as self" behavior to wheel group members for graphical apps which use consolehelper or PackageKit.

I suppose that the first question is, do you have sudo installed on the server(s) in question? Assuming so, it is just a matter of deciding whether you want to treat the user as a unique entity or as part of a group, a group which may have only 1 member. The command visudo as root will give you access to edit the sudoers file, often /etc/sudoers.

These are merely two examples, the sudo package has a tremendous number of features and settings options at your disposal. I recommend reading the sudoers, sudo's configuration file, manual. I would also recommend starting simple and building up to the actual desired configuration.

How to make Fedora user a sudoer?

Which directed to this utility (fedy):

which can be installed with the following command (works for me in fedora 20):

supply the requested password, once it is finished installing, run

and the UI will run. you can then add your user to the sudoers list: 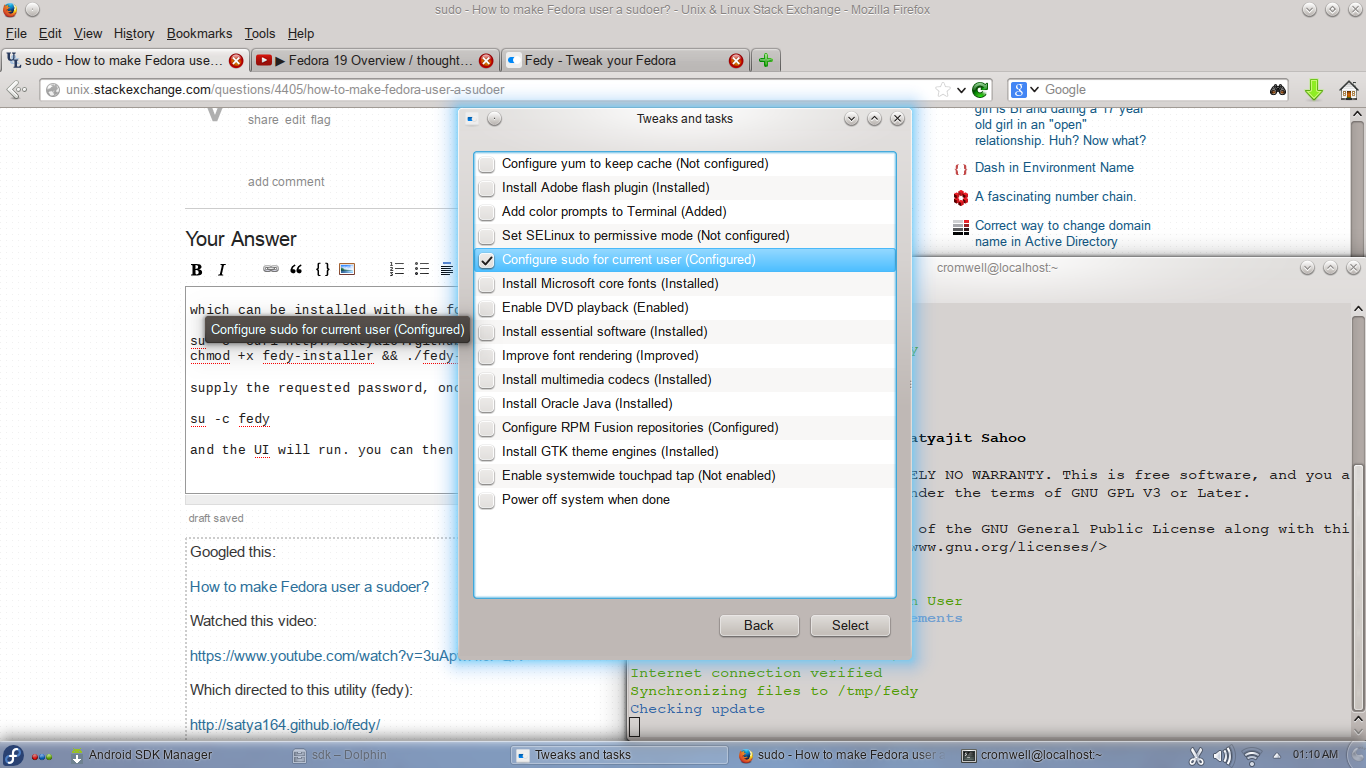 be sure to reboot after you make these changes.

Not the answer you're looking for? Browse other questions tagged fedora sudo administration or ask your own question.

1
How do I edit sudoers file in fedora?
5
What is the command for listing all users who are members of the admin group?
1
How to correctly enable sudo for user in Fedora 20
4
Can't add user to sudoers file

1
How does this command make a user a sudoer?
16
How to open Fedora without a user password?
8
How to retroactively make a script run as root?
1
How to track who added sudo privilege to a user
21
How do I find out if my sudoer privilege timed out?
2
Fedora 25 - Fix broken sudo
3
Running a command with root priviliges without SUDO and not as root user
13
usermod: group 'sudo' does not exist in CentOS