Passing command to bash from cmd.exe (WSL) not working

I'm on a Windows 10 machine with Windows Subsystem for Linux enabled/configured (Ubuntu). To explain my problem let me present you with two scenarios:

Works fine suggesting a successful installation of the software package.

I get command not found.

(Note I learned about bash -c here and have used it successfully in other occasions.) 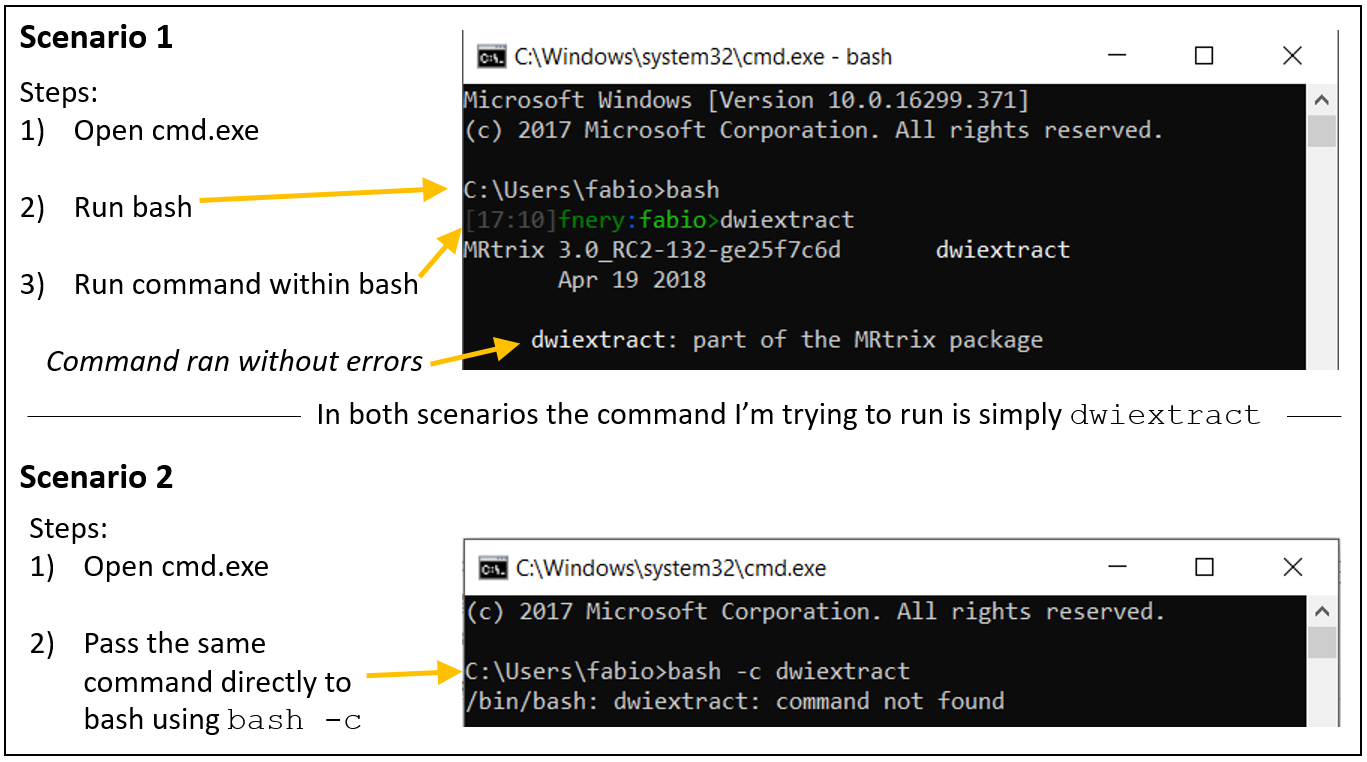 My question: Shouldn't these two scenarios be equivalent. Why does Scenario 1 work and Scenario 2 does not work?

Running bash as an interactive shell (using -i option) solved my problem.

Not the answer you're looking for? Browse other questions tagged bash ubuntu windows windows-subsystem-for-linux or ask your own question.

3
Using winexe to run “wmic” commands on a Windows machine
1
Ubuntu 16.04 bash - can I open two interactive terminal windows in a single script?
1
Bash For loop not working
0
getlogin() not working on Windows Subsystem for Linux (WSL)
1
VirtualBox isn't working correctly on Windows 10 bash/linux subsytem
0
WMIC query construction differences in Linux
1
how can I execute command through ssh, remote is windows
0
Working gnu-screen alternative for WSL-minecraftserver