Mint 18.3 does not boot after I changed graphics card from Nvidia to Intel

I have a Dell Latitude 5480 with a dedicated Nvidia graphics card and an integrated Intel graphics chip. Trying to debug some issues with CPU fan, I tried to change the graphics card used by the system using the GUI tool: 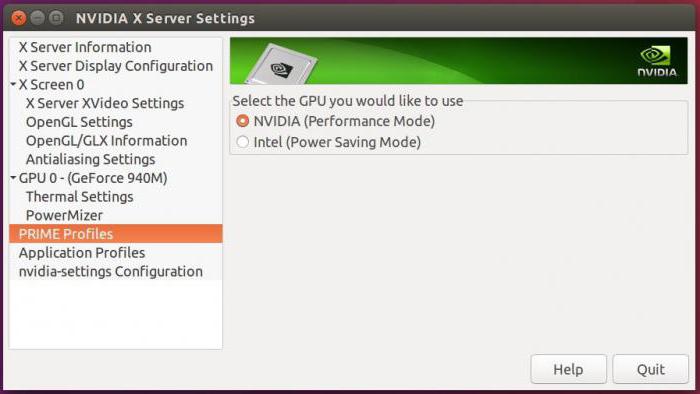 After I changed it, the system asked me for a reboot. After that, I am not able to boot the system again. I get the usual splash screen asking me to unlock the encrypted disk and after that just a black screen.

I tried to change various boot settings in grub using this tutorial, but the results are always the same. If I use nomodeset, I cannot even get past the drive decryption step since the input is just written to the top left hand of the screen and not in the input field.

I was able to get some limited abilitied from the recovery mode, but after a minute or so working in the root mode, the recovery menu appears again and the inputs get totally messed up until I reboot.

How can I undo the graphics card switch from the command line?

After several hours of no luck, a colleague of mine came in and found two articles(How To Switch Between Intel and Nvidia Graphics Card on Ubuntu, How to select integrad graphic card over NVIDIA?) which helped a lot. In my case, I first wanted to get out of the weird console which screwed itself up after some time.

It turned out that the Intel graphics adapter worked, just not when I was starting the system normally. So I got to the broken terminal and before it had a chance to go haywire, I did the following:

This remounted the filesystem as read/write, so that I can persist the changes I make.

Incredibly, this started X in root mode with the Intel graphics adapter. I thought I would be able to use the same GUI tool to switch the adapters back, but when I tried, I got a Python traceback with an error message saying that it cannot find dbus. Dbus was stopped and I wasn't able to start it. It was impossible to switch to another terminal using Ctrl+Alt+F#, touchpad didn't work (but USB mouse did), Cinnamon immediately crashed and did so even after I tried to restart it. But I had the basic interface up already, so I could open up GNOME Terminal to work with.

The final step was to run the following command from the article mentioned above:

This changed some symlinks and maybe edited a config file or two, and upon the next restart, I am back where I was before I tried changing the GPU used by the system!

Lesson learned: Despite large improvements in the past couple of years, there are still trivial things you can do to the system which will bring it to an unbootable state. Next time, I will not allow the installer to choose its own filesystem and will pick one which supports snapshots, like btrfs. Having a snapshot would prevent issues like this one.

Not the answer you're looking for? Browse other questions tagged linux-mint boot nvidia intel-graphics or ask your own question.