Why doesn't Rofi show icons on Debian 9 when run with drun-icon-theme option?

I use i3 as my primary user interface. To start applications I use Rofi which I execute as:

where MacBuntu-Remix is a theme I have installed in ~/.icons. On Gentoo Linux this command causes icons to appear next to application names in Rofi, but under Debian this exact same command, with the exact same ~/.icons folder, produces a Rofi menu without these icons next to applications. Anyone know why? Did the Debian packagers decide not to compile rofi with this option, or?

To fix this I've tried switching from using Rofi in the Stretch repositories to using Rofi in the unstable repository, in the hope it was simply an older version of Rofi that was causing the problem, this didn't fix it, however. I have also tried switching icon themes to something I was certain was installed properly (although I was confident MacBuntu-Remix was it appeared fine under GNOME), Adwaita. The icons didn't appear then either. Here's a screenshot of Rofi running under Debian 9, started with the above MacBuntu-Remix theme command: 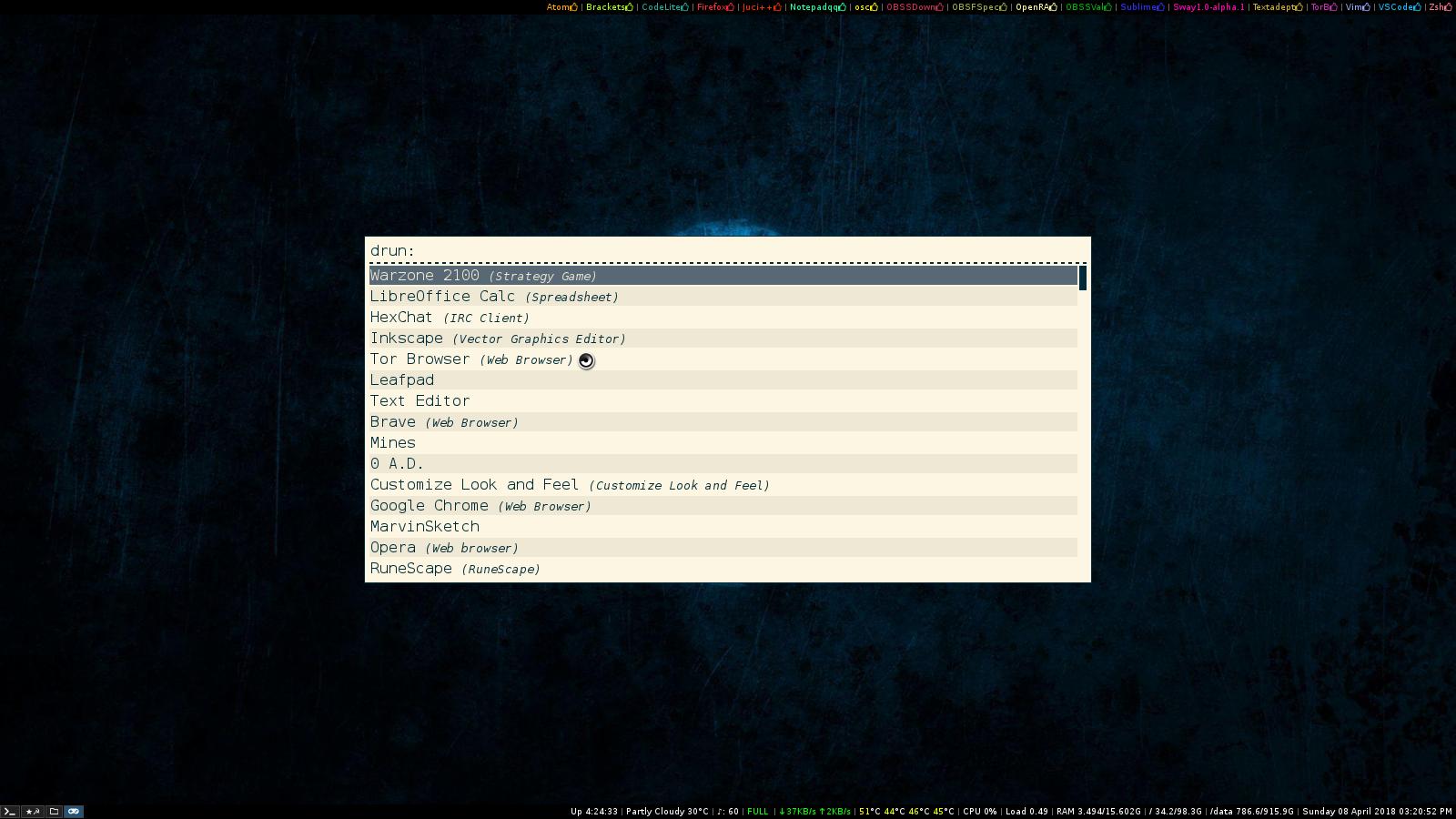 I wasn't seeing icons on Debian Sid either.

Have you tried the -show-icons option?

I have managed to make it work using:

in my i3 config file.

Not the answer you're looking for? Browse other questions tagged debian icons rofi or ask your own question.

9
How can I change the battery icon in the systray?
5
Some icons are broken in the application menu
2
cinnamon-settings and Nemo crash with certain Cinnamon themes' contols on Debian 8
0
How do I fix the colors of my icons?
1
gtk2 deleted, not theme avaible
3
Desktop icons gone with nautilus file-manager in Debian 9
2
Modify desktop application icon after progam opens e.g. in alt-tab
0
Rofi icons not showing on void-linux + i3 + Papirus icon theme
1
How to change icons and tray icons in Gnome?