How do I get rid of the small nub in the bottom right corner of my terminal?

I'm setting up XMonad within Linux Mint, and I've been able to remove the menubar and the scrollbar from my terminal windows, but I can't get rid of the small resizing nub in the bottom right corner. Here's a screenshot: 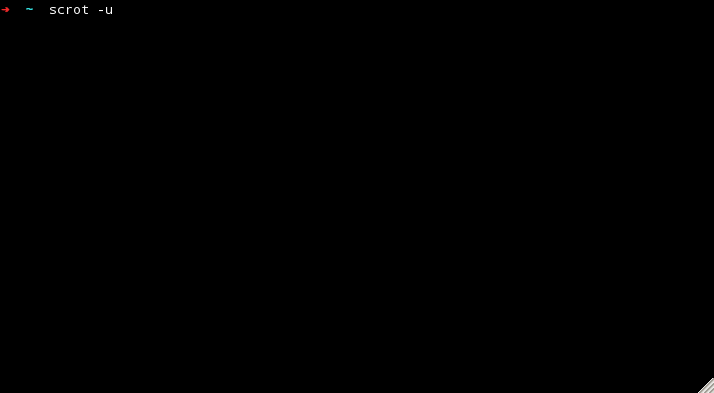 I think it's feature of Linux Mint (maybe?), but it serves no purpose because of the nature of XMonad, so I'd love to get rid of it. It's gnome-terminal, by the way. I assume that's important.

Edit: Ok, it's a feature of gnome-terminal, because xterm and rxvt don't have it. So I guess my question is: How can I remove the nub from gnome-terminal? One answer is just "use a different emulator", but I'm hoping there's a way to get rid of it.

The gnome-terminal program sticks that nub there itself. It started doing that sometime during the transition to Gnome3, and when I realized it wasn't my window manager or desktop environment but the program itself, I was annoyed enough that I looked for an alternative.

Roxterm is currently my terminal emulator of choice.

[UPDATE]: I'm back to using gnome-terminal. More recent versions of gnome-terminal (or perhaps GTK?) no longer add the nub, and the Roxterm maintainer has just stopped development due to time constraints and a tricky incompatibility with recent GTK.

Since Gnome-Terminal uses CSS you can simply add a css files that renders the corner differently.

In this file you write the following lines:

This will "remove" the resize grip, perfect if you don't want to change terminal and lose the functionality of gnome-terminal.

Not the answer you're looking for? Browse other questions tagged terminal linux-mint gnome-terminal xmonad or ask your own question.

1
Mouse cursor 'frame rate' is slow, but only when logged into my main account
64
Can a terminal emulator be as fast as TTY 1-6?
3
Mint update with NVIDIA breaks Cinnamon
1
gnome-terminal : small gap at right side of screen (Ubuntu)
2
Linux Mint Xfce window snapping bug
2
How can I get maximized windows not to hide behind the menu bar on primary external?
12
Which process places a red circle to the bottom right corner of my display on Linux Mint 18.1?
0
st terminal: shrink of bottom bar because of font with small size
0
linux mint 20.1 - suddenly getting an unexplained icon overlayed on screen
20
Chrome window gets too big when maximizing on linux mint xfce