I am still new in running desktop environments on xRDP. When I first installed XFCE and applied arc-dark theme, it worked fine and similar to the screenshot shown here.

Then I decided to change to KDE Plasma. So, I purged kali-desktop-xfce by using

But, KDE Plasma was lagging. So, I decided to purge KDE Plasma and switch back to XFCE.

To my surprise, the configuration that I did was still there when I ran XFCE again, and that includes the arc-dark theme being applied. But, I faced a new problem that I never faced previously. The theme is broken, and I've spent hours searching for solutions, but found none that had something to do with what I am facing in the screenshot. 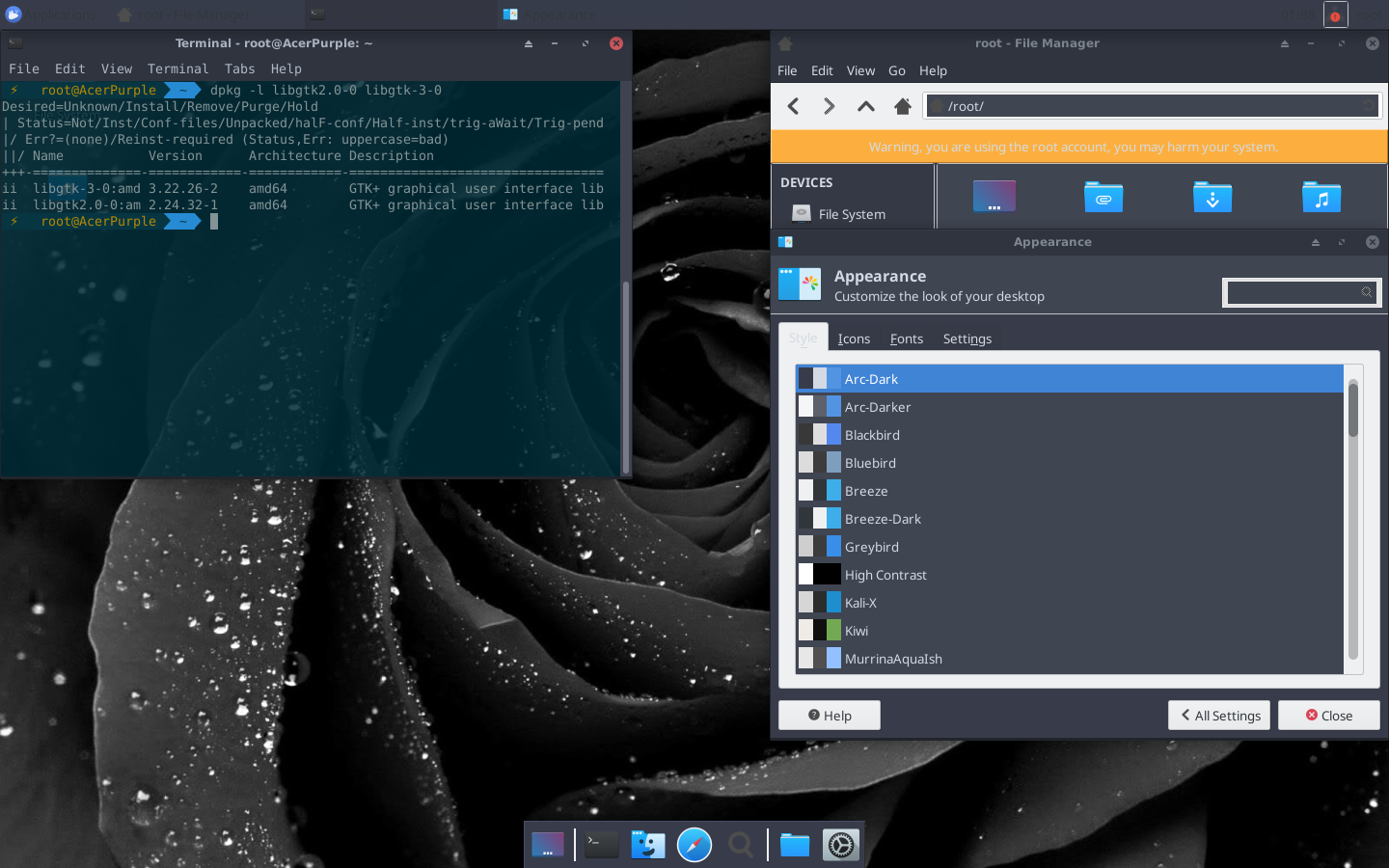 I tried changing to other dark themes, but the white parts wouldn't change according to the themes. The top panel is also broken as in the font is dark color instead of white (or any other light colors). I suspected that this is happening because of GTK, but still couldn't figure out the real issue.

I see that this question is old but still I faced the same problem and the issue was in overriden ~/.gtkrc-2.0 that was created by kde installation somehow. So this issue is fixed by removing this file.

Not the answer you're looking for? Browse other questions tagged kali-linux xfce gtk theme or ask your own question.

3
How to customize window decorator for a single non-GTK3 application window in Gnome3?
1
How to restore default XFCE theme ("Adwaita-Manjaro-Dark") in Manjaro?
0
Eclipse Mars + Fedora 20 + KDE = black-on-black tooltips
0
How do I fix the colors of my icons?
7
Using a dark theme in KDE with Gnome applications (e.g., Firefox)
1
Fuzzy black titles under icons in XFCE for Oomox themes
2
i3 - a hateful handful of font sizes for my desktop
0
Kali Linux no desktop environment