Which window manager or desktop environment is in this image? 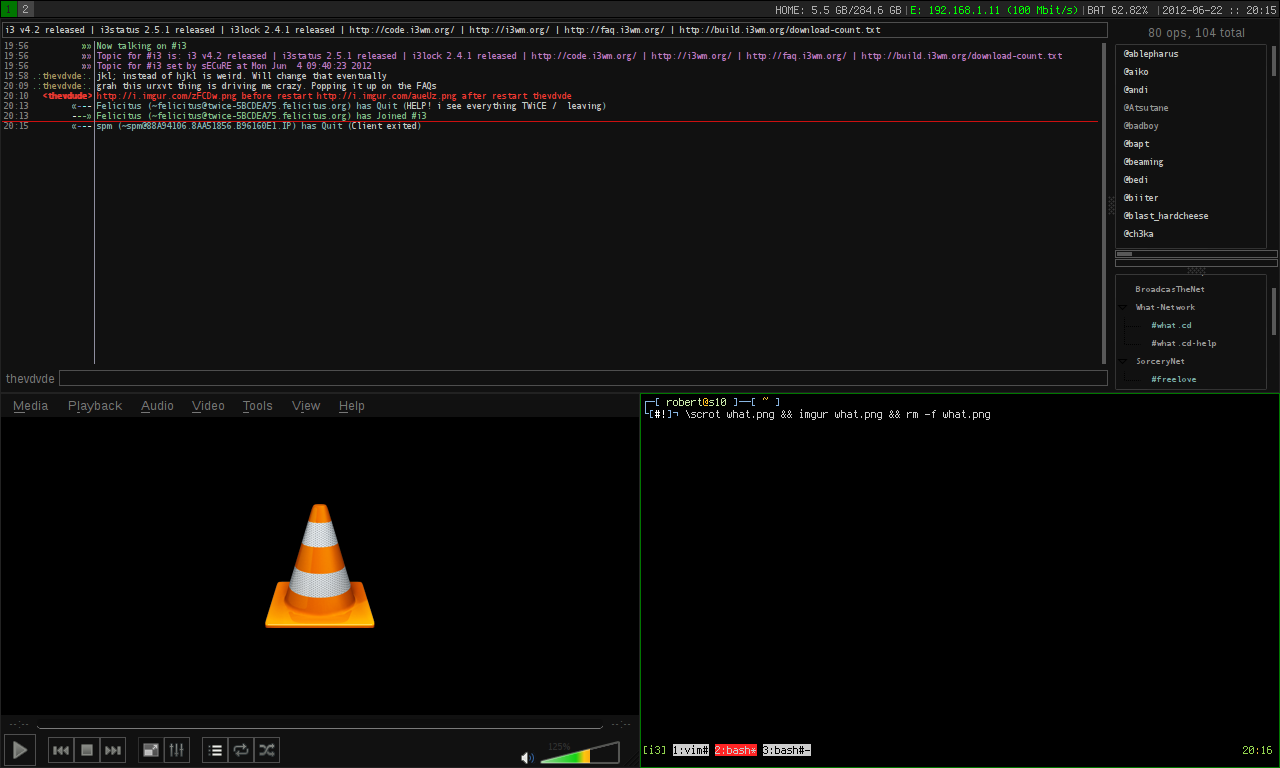 Some random distro that happens to be running i3 window manager.

The screenshot is definitively the i3 window manager, and most probably is Arch Linux.

If you look well, the screenshot is from 2012, and there is an IRC session there, in the IRC channel #i3, and a browser with several pages open at the site https://i3wm.org

It is easier googling after the IRC nick thevdvde later also known as thevdude, than try to guess things. It is easy to find him in twitter, reddit and github, and to correlate the old user handle to the new handle.

The user behind that nick does indeed uses Linux, has a github with Linux specific packages, and talks about using Arch Linux in the time period of that picture (the picture has a date of 2012).

thevdude 24 Sept 2014
I know you're just teasing, but I've got a machine with an arch install from over two years ago that's still running great. Just did an -Syyu to get bash updated.

So we can be pretty much sure it is indeed Linux, and there is a big probability of it being indeed Arch Linux.

Not the answer you're looking for? Browse other questions tagged linux desktop-environment i3 or ask your own question.