Want to improve this question? Add details and clarify the problem by editing this post.

Trying to boot Ubuntu 16.04 from GRUB but it ends up in Emergency mode and Control-D doesn't load the system.

This is most probably is caused by nvidia drivers: 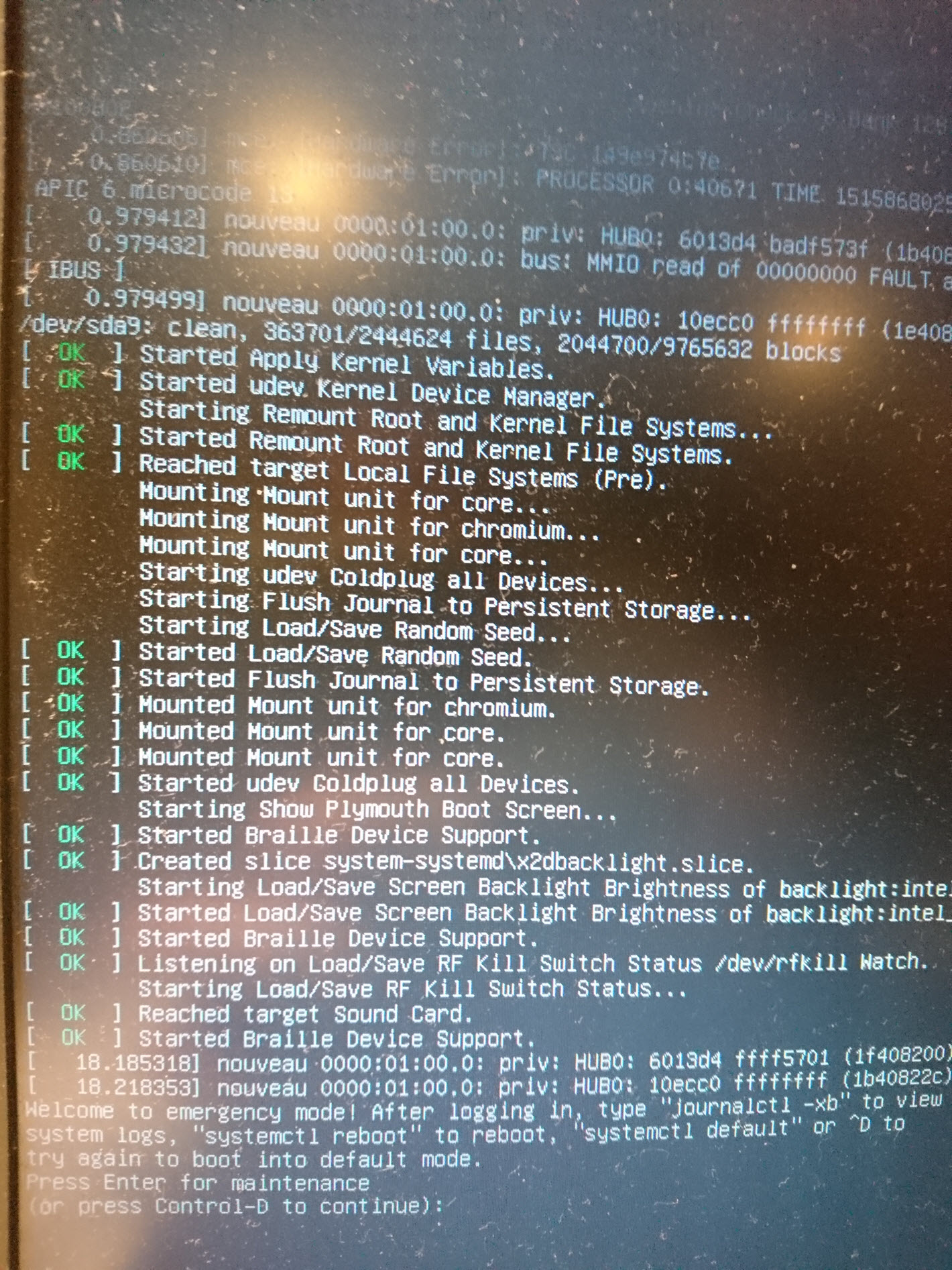 After adding a boot option nouveau.modeset=0 at the end of the linux line, these two messages disappear but the problem still remians -- cannot boot the Ubuntu. 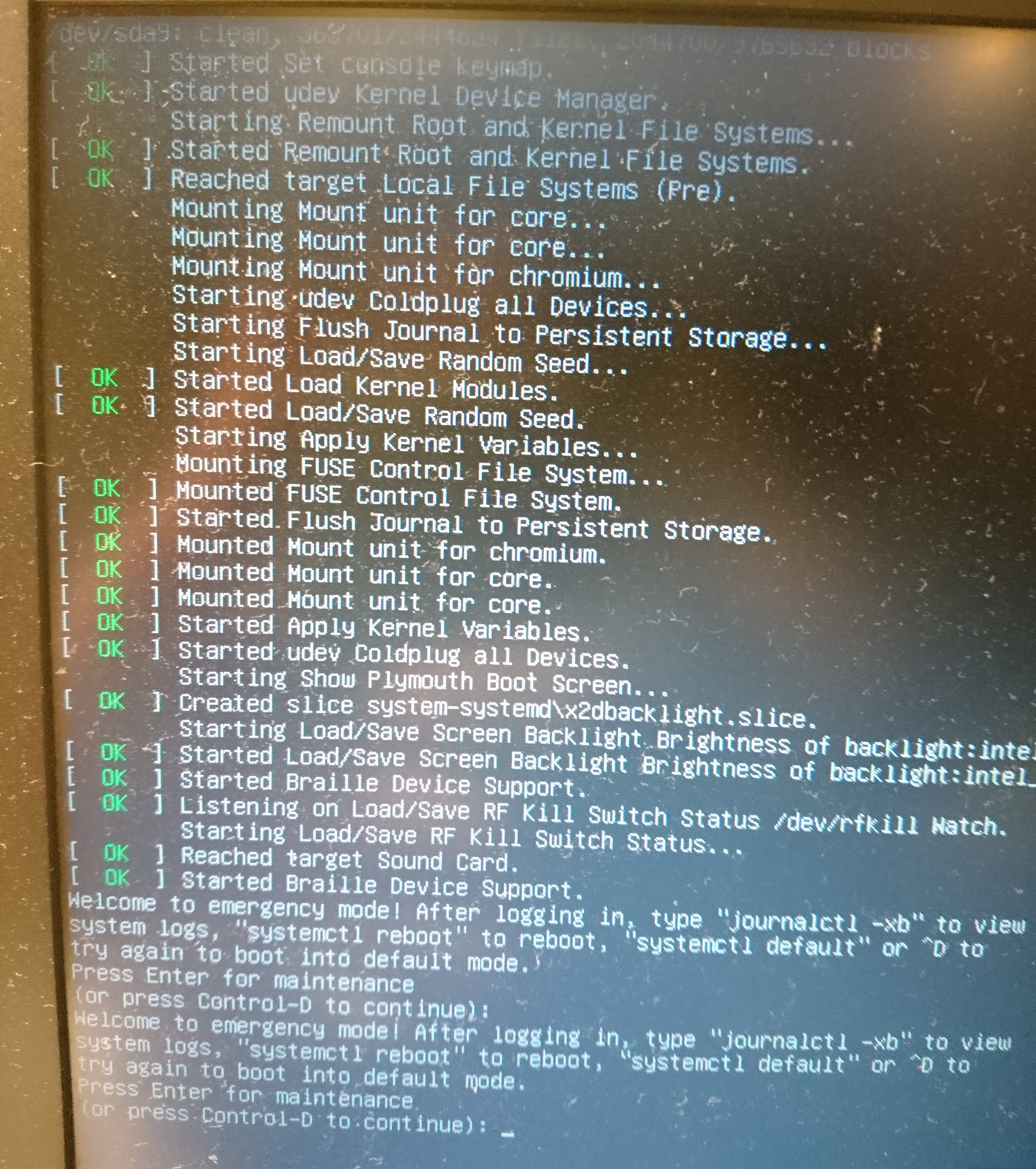 In addition if I go to recovery mode I cannot enable network there to update drivers, for example.

As @sourcejedi commented I tried systemctl --failed and got the following:

Which are Windows drives (without OS installed on them). After running mount -a I got the message that /dev/sda7 and /dev/sda5 cannot be mounted because:

I turned off fast startup (recommended) in Windows 10 according to Unable to mount Windows (NTFS) filesystem due to hibernation. After shutting down Windows, Ubuntu boots without complaints.

Interestingly, I was using fast startup option for shutting down Windows for more than a month and Ubuntu has not complained about it before. That's why I didn't think that this could be the reason.

Not the answer you're looking for? Browse other questions tagged ubuntu boot or ask your own question.