I have installed a debian 9 x86 on a VmWare Workstation, and used it few times, then i have been messing with NetBeans and also gnutls library, i was trying to build static one to use in my program, so i removed the one that was in my system. After that, i turned the vm off, and suddenly after ordinary Grub Boot, and some boot logging, only black screen without any cursors or appeared, and it stays forever. So here is some log fist: 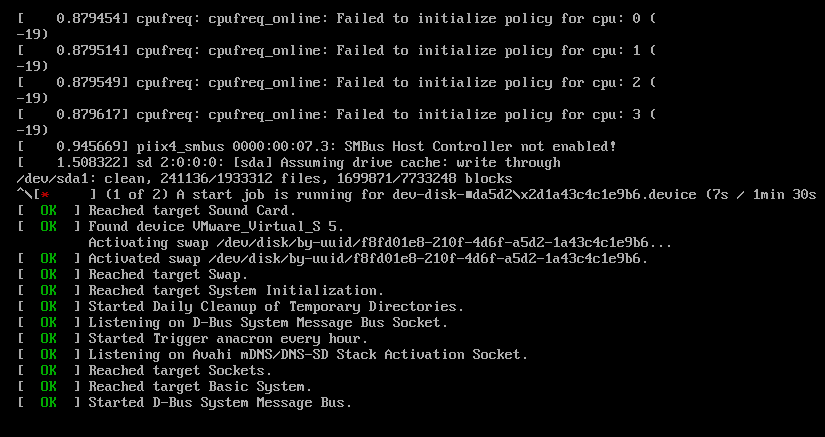 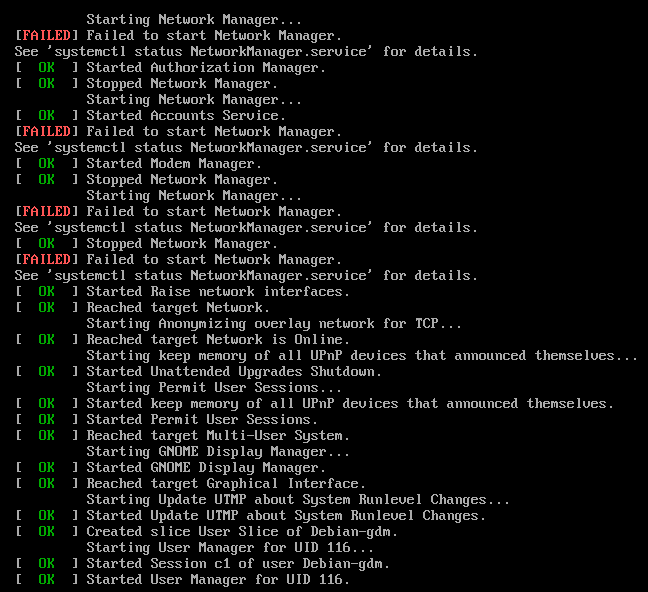 And after this, i just got constant black screen

I have tried to boot in recovery mod and update with apt-get update and apt-get upgrade, but still the same picture. I also tried in the grub menu, i pressed e and entered this (nomodeset): 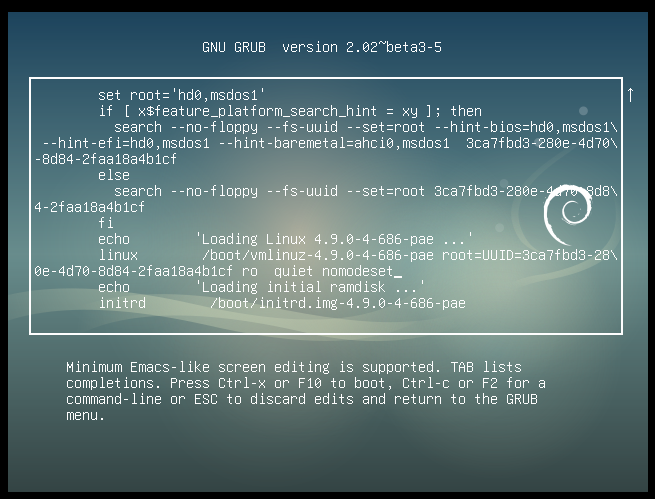 Then booted with ctrl+x, still the same black screen. Can somepne help, i have a lot of important data, and code project there which i don't want to loose. I haven't changed monitor or videocard. I tried switch on accelerated graphics still doesn't work, basically i didn't touch any vm settings, so i think i messed something inside debian.

I assume you installed your version of the library by deleting the system one? That would explain why apt-get upgrade doesn't do anything. You can reinstall Debian's gnutls via apt-get install --reinstall libgnutls30 in the recovery shell and reboot.

Not the answer you're looking for? Browse other questions tagged debian boot grub2 grub or ask your own question.