Xorg and KDE fail to start after upgrade

I'm running Arch Linux on a Lenovo ThinkPad with integrated Intel GPU hardware. After my recent pacman update, KDE fails to start. The system ran fine before the update. There were no errors during the update and I did not force anything or do anything unusual.

The first and only error message in the xorg log is:

I have sddm disabled currently. I boot up, log in, and type startx. KDE appears to start, but then the screen goes blank. Every few seconds, the desktop background will flash, but mostly the screen is blank and unresponsive to the mouse.

While this was happening I switched to virtual console 2, logged in and viewed the xorg log. The following photograph shows the error message (mentioned above). Grep indicates that there are no other error messages. 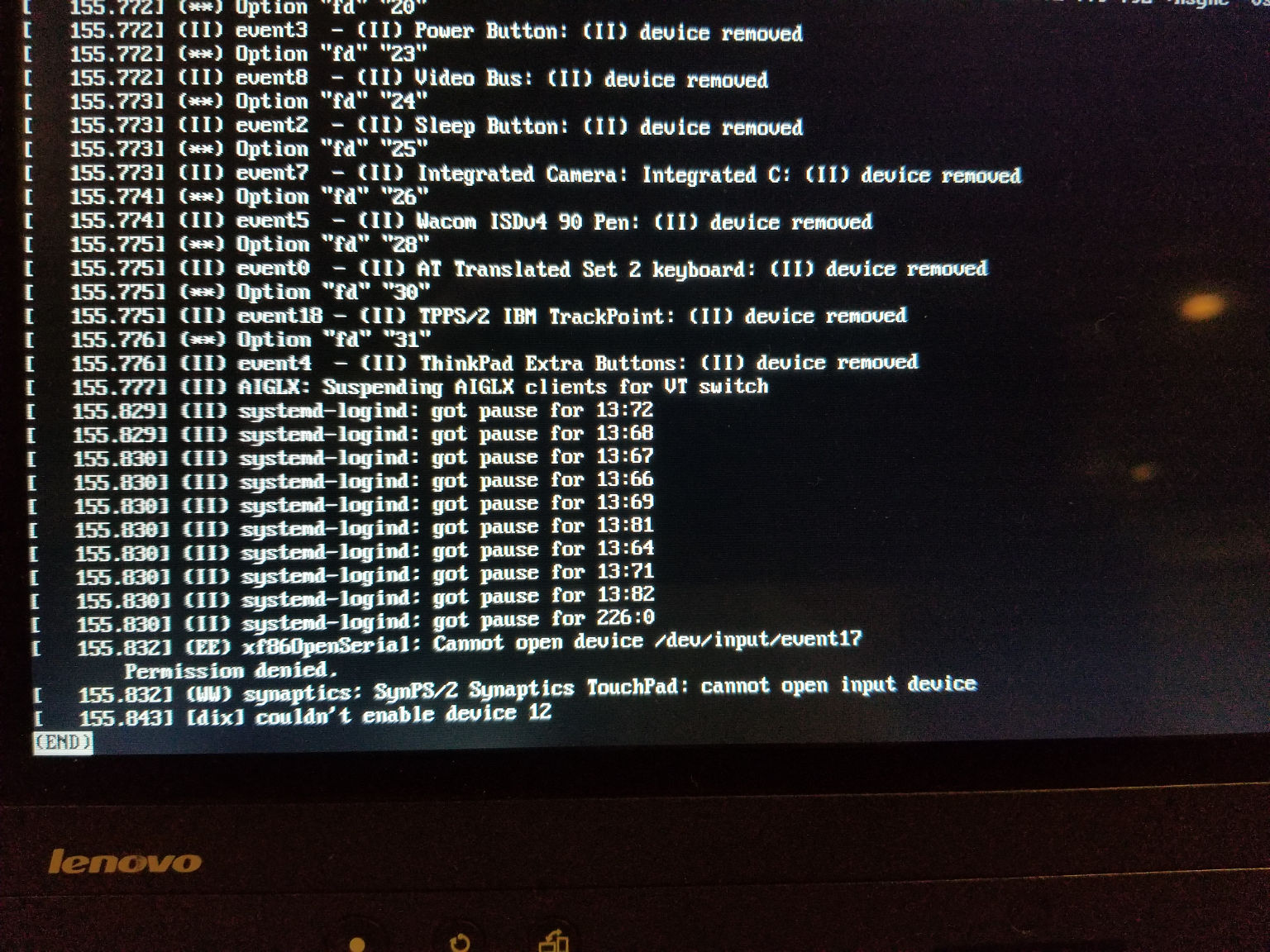 If I kill the GUI user session, switch back to vitual console 1 and run startx again, X will start but KDE does not start. At that point, my situation is exactly the same as described in this thread.

My plasma desktop is not starting after the last update... It's giving a black screen and a little graphical message at the top left screen corner saying: Could not sync environment to dbus.

Here's a photo of my screen. It's plain old X.

The solution proposed there is to remove ~/.config. I tried that and it did not resolve the problem or change anything.

As part of my troubleshooting, I tried adding my user to the input group (even though my other Arch KDE machines work without having done this), which is the group that owns files /dev/input/event*

Now there are no errors shown in the xorg log, but KDE still fails to start and I get X with the dialog message: Could not sync environment to dbus.

Further searching led me to the following blog:

However, I do not have two instances of dbus-daemon running. Just one.

The system is using xf86-input-evdev and xorg-xinput. My user's .xinitrc is standard and was created according to the Arch wiki and it hasn't changed recently.

That did not resolve it. The error now is

My user is a member of the tty group.

I also reinstalled xorg-server as per this forum thread but that did not resolve the issue.

Browse other questions tagged arch-linux xorg kde or ask your own question.

7
Fedora 17 Xorg fails to start on boot
2
Is it possible to start two Xorg X-Servers with intel graphics on same machine?
0
Xorg freezes with Bumblebee after hard reboot
3
Kernel upgrade (4.10) made XServer and rest of the system fail (Arch)
0
Problem with KDE Plasma and i3 x server won't start