How do I determine if a program is running in Kernel space or User space?

I was making a Linux OS from scratch. I came accross this article, which creates a bare minimum Linux OS which just prints hello world once linux kernel boot.

So my question is , in which space [kernel or user space] such a helloworld program is running ? My conscience says its kernel space, then how do I make it run in user space ?

For people who do not want to read that lengthy article here is what it does in short.

My init program is statically compiled and placed in /bin folder.

So when I boot this drive , it starts printing : Hello World 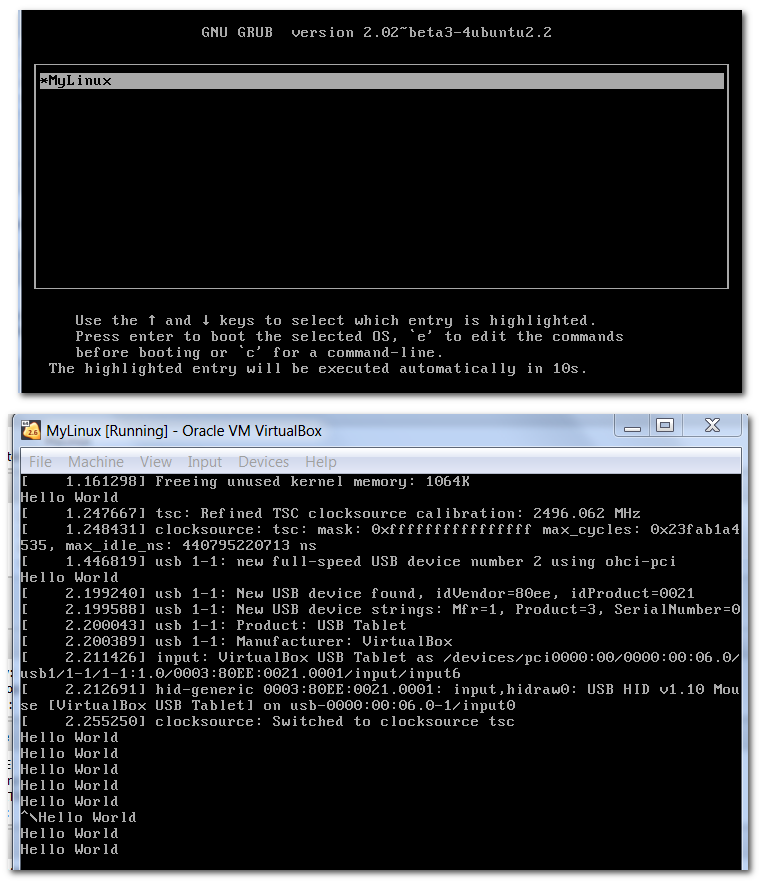 In your case, it is a user space: you use standard libraries, so you use user space API to get things done.

If your program were executed by kernel, you have just internal kernel API (so kprintf), and a lot of restriction on what you can do. Additionally, you need to put into kernel or as kernel module. Kernel doesn't execute external code as kernel space.

Note: there are hybrid cases, but always initiated by kernel, for long lasting process, not to block kernel. In that case the code is handled by scheduler, and visible in the list of processes (usually low PID numbers, but not 1).

Not the answer you're looking for? Browse other questions tagged linux kernel linux-kernel or ask your own question.

5
init: is it a user thread or a kernel thread?

9
Why should a user program mess with kernel space?
5
User space to kernel space transition
4
Booting into a kernel image
11
Difference in execution of init with embedded vs. external initramfs?
3
How to add a system call in linux kernel 4.x
0
Running a program after system startup directly from the linux kernel
4
Getting big endian linux build to boot on ARM with u-boot
0
Kernel panic - not syncing: Requested init /init failed (error -2)