There is a mistake every time a new terminal is opened,

I only copy export all_proxy="" and export ALL_PROXY="" to terminal,then when I open a new terminal,in the picture of the situation will be appear. 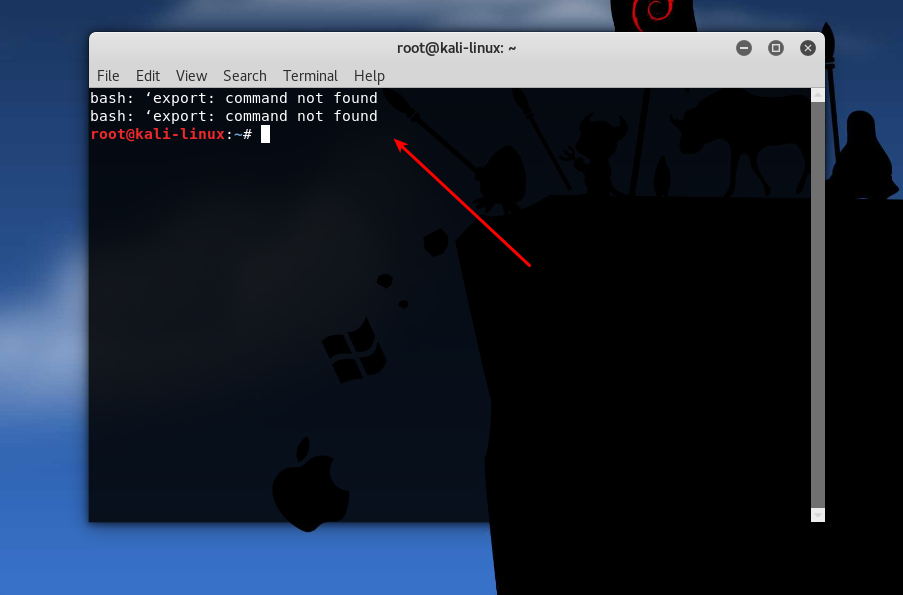 I input the command:

I input the command:

It looks like you have edited your .bashrc file.

I can replicate this error exactly if I put

as the last line in my .bashrc

To check it just execute

If grep gives an output like the above then edit it out of your ~/.bashrc file.

Edit: From your last post edit you can see that you have 2 lines starting 'export delete them both from ~/.bashrc.

Assuming you've copy-pasted that command as-is, it's complaining about the ‘export command being not found where that ‘ is the U+2018 left single quotation mark non-ASCII character (not to be confused with the ASCII ' apostrophe/single-quote (U+0027) or ASCII ` backtick/grave accent (U+0060) character).

Since that character is not special in any way to bash, a command line like:

Is interpreted as running the ‘export command with foo=bar’ as argument. Had you written:

instead, that is with those U+2018 and U+2019 replaced with ASCII apostrophe, a character that is special to bash as it's a quoting operator, that would have been treated as running the export foo=bar command with no argument. There is no such command. That is not what you want either.

That is to run the export command with a foo=bar argument.

Here, you'll need to remove that U+2018 character (and possibly the corresponding U+2019 character if any) wherever you've inserted it in your ~/.bashrc or elsewhere. Wherever you copy-pasted that code from, those characters were not intended to be copied.

To find where that bogus command has been introduced if not in ~/.bashrc (though your latest edit shows it is in your ~/.bashrc indeed), you could try running:

(the $PS4 would be ignored by shells running as root with bash-4.4 or newer however, which seems to be your case, which is why you see ++ instead of the file name and line number).