Why does top show a different number of cores than cpuinfo?

I am thinking my command is wrong and top is right. This is not a VM and it a physical server, RedHat. What am I doing wrong?

I am not sure these answer it:

How to know number of cores of a system in Linux?

Number of processors in /proc/cpuinfo

Edit: Am I correct that Physical ID, if it only shows 1, then I have one physical chip in the motherboard?

Edit: If it matters, I am trying to figure out licensing where they do .5 the core count. 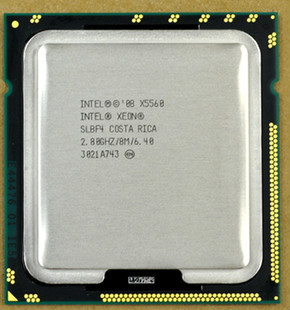 grep "physical id" is telling you that you have ONE physical processor installed.

If you take the heat spreader off of the top you can see this - a single physical die (face down) : 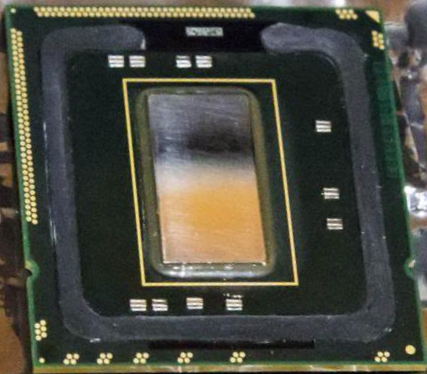 If you could remove that die and flip it over, it would look like this :

On that single physical die there are four physical CPU cores built onto the silicon : 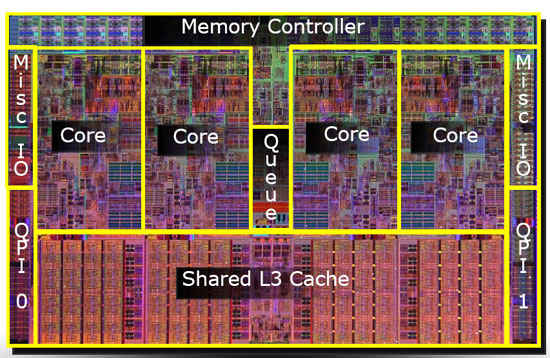 grep "cpu cores" is telling you that your processor has four physical cores built onto it.

Each core is a single processor with a floating point unit, a number of integer execution units, a pair of register stacks, and some other wizardry that allows each single core to effectively execute two independent instruction streams (threads) at a time. 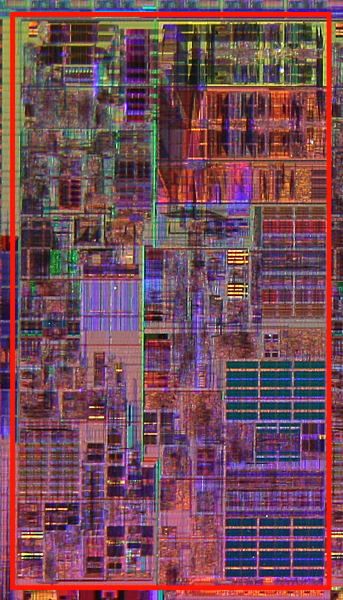 top is telling you that all the processors and cores on your computer, collectively, can execute eight independent workflows at a time - it's telling you that the operating system is able to schedule eight simultaneous threads for execution at any given time.

What CPU are you using? How many thread present per physical core?

However in cpuinfo each thread is named as processor : X, Where X is thread no. So the last thread no shall be same as top/htop output.

Result of nproc --all shall also be consistent with top/htop

The cpu cores entry in /proc/cpuinfo, again on x86, shows the number of physical cores. To find the number of logical cores, as used in top, you should look at the siblings value instead:

This is described in detail in the kernel documentation.

lscpu provides information on the installed CPU(s) which is easier to understand than /proc/cpuinfo (or rather, it presents the same information in a simpler fashion).

Likely, you have one CPU that is a "quad core" CPU, and have hyperthreading enabled so that each physical core presents itself to the OS (to the kernel) as two logical cores, able to have two threads assigned to that same physical core simultaneously.

The key terms to ensure you understand here are: CPU, or physical chip, or "die" (relates to "socket"); then, physical core; then ensure you have a grasp on "process" and "thread"; then clear up "hyperthreading" and "logical core."

I attended a talk at LISA 2017 that cleared this all up very nicely; the slides from that talk are available online, though of course they won't help as much as the actual talk did (since the spoken part is missing).

cpuinfo show the actual cores while htop/top show both cores and thread as cores.You most likely have 4 cores and 4 threads that's why.

Not the answer you're looking for? Browse other questions tagged linux cpu or ask your own question.

315
How to know number of cores of a system in Linux?
35
Number of processors in /proc/cpuinfo

13
How can I have 400% CPU occupied on 2 cores
4
Unexpected processor/core counts for AMD processor
2
Is there any advantage to using the -j2 argument when building Linux systems in VirtualBox?
7
Understanding the output of /proc/cpuinfo
0
Why does /proc/cpuinfo list 0 cores in processor 1 on Openstack?
1
Fixing and utilizing 4/8 locked out physical cores in Ubuntu Linux kernel, Overclocked values also not seen in OS