This is my third Slackware 14.2 64 bits installation. I'm installing it now under a laptop with gpt partitions.

I will describe as best as possible the path I had to do with this installation.

Initially I had to overcome the issue that using dd to create the USB stick for installation was not booting from the pendrive. I had to use then the usbimg2disk.sh script.

Once I was able to boot from the USB I had to mount the pendrive manually as the USB was not detected when I was asked for source media. i.e. I did:

All the installation went fine but then I faced another issue, which I couldn't resolve yet. I tried with lilo and elilo options but the boot is still showing the grub2, which was there from the ubuntu 14.04 installed previously, with no options but the grub command line instead

I may mention that from BIOS setup I see as UEFI Hard Drive BBS Priorities Boot Option #1 which is [ubuntu], but not sure that should be an issue, as I have overriden the ubuntu partition already. However I'm not sure why the ubuntu tag is there and I don't see anyhow to change that.

The partitions I selected within the installation were:

As I had only grub available I decided to learn some grub commands and was able to start slackware kernel with below commands:

I thought it was going to be a successful start but instead I got following kernel panic error: 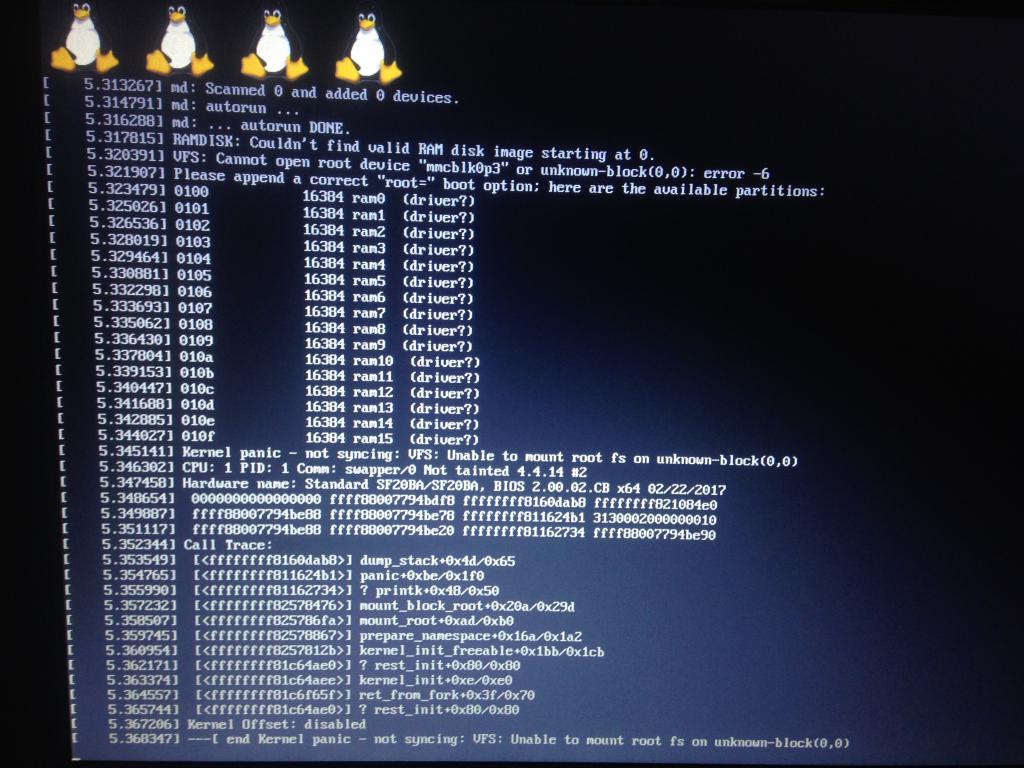 So, how can I start Slackware 14.2 with grub commands? I may be missing something as I am new to grub commands.

The best solution I would be looking for is that lilo or elilo show at startup in order to start Slackware automatically. What can I do for lilo to show as boot loader?

I can't answer the "lilo not appearing" part, although you don't want LILO if you are using GPT partitions, you need ELILO instead. In any case, without knowing exactly which parameters you entered for ELILO at install time, it is hard to know what went wrong. It has been a long time since I installed Slackware on anything but VMs...

The "huge" kernel contains each and every driver available, but the generic kernel doesn't even include most filesystem drivers, you must create an initrd (read the /boot/README file for instructions)

Not the answer you're looking for? Browse other questions tagged linux grub2 slackware lilo or ask your own question.