What is the purpose of the controlling terminal?

Say that I have opened some program from the terminal, and I have redirected its stdin and stdout and stderr to three files. 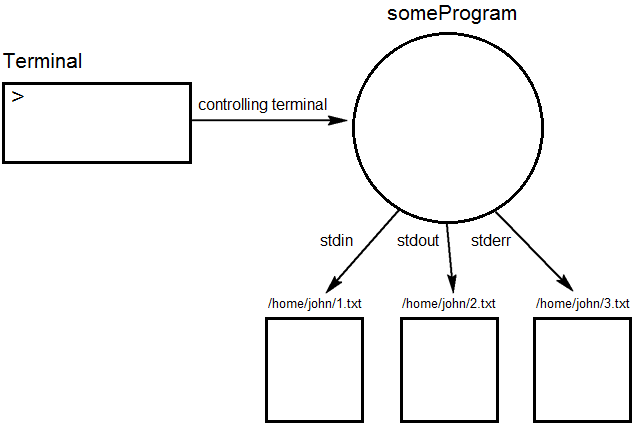 Are there other purposes for the controlling terminal?

To sum up, with controlling terminal, kernel is aware of where to deliver terminal-generated signal and terminal input if they are expected by someone. That's all.

Not the answer you're looking for? Browse other questions tagged linux terminal or ask your own question.