I'm trying to install ubuntu server 17.04 on a system running 4 disks in a RAID 10 array. I'm getting a lot of errors, see attached.

Can somebody please tell me what is going on. Are these errors something to be concerned about? 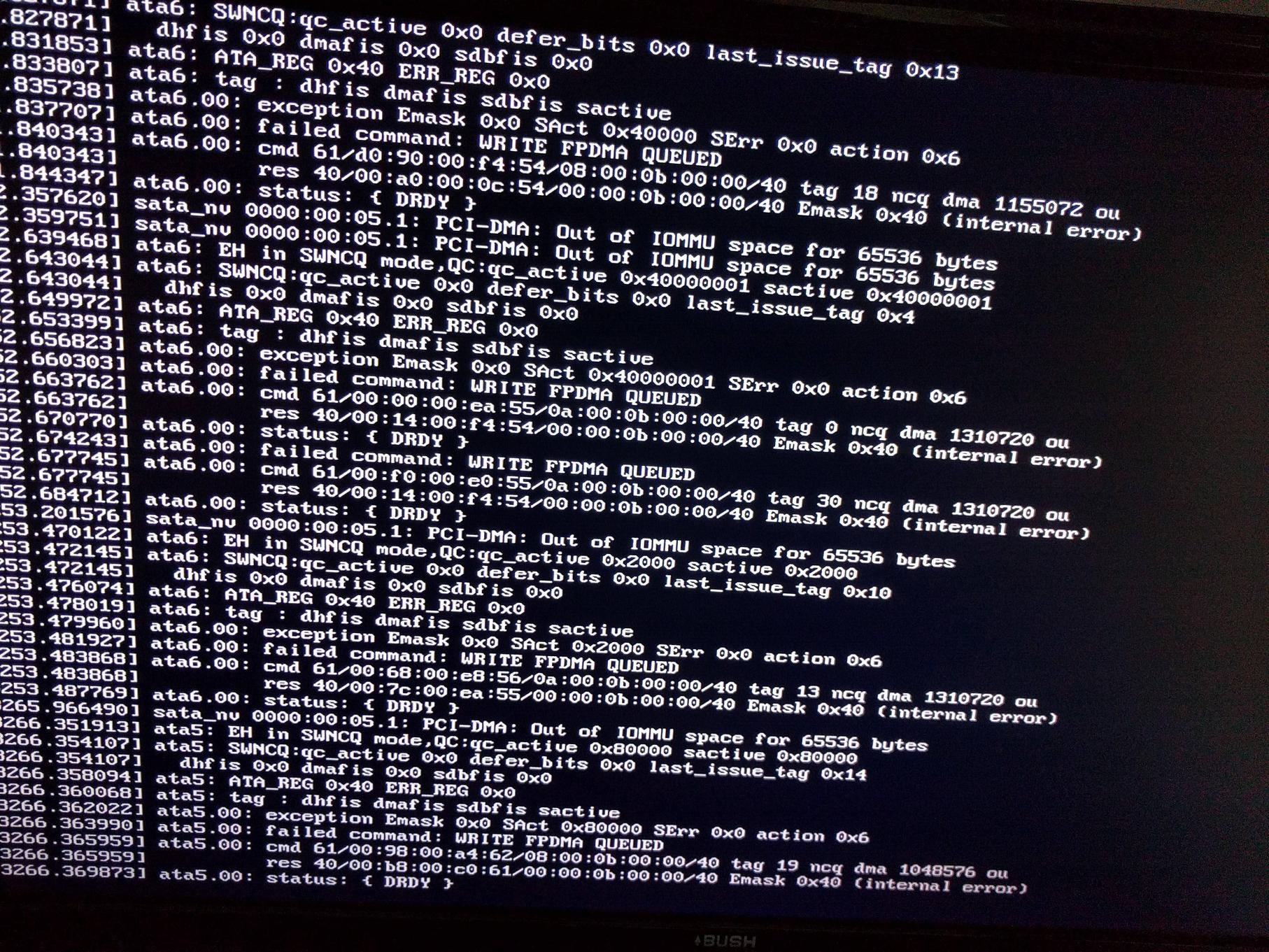 I've tried to narrow down the issue so tried the same setup with some 300GB seagate disks I've got, and got the same errors.

Ok i thought maybe its the motherboard. So i tried it with the new disks and another MB, same model, different board. Same issue.

The next thing to try i guess is 17.10. And if that presents similar issues change motherboard model.

Motherboard is a asus m2n-e (not sli version). Not sure what bios version I'm running. Any mileage in updating BIOS or is it defiantly a disk issue?

Yes, there is cause for concern. Backup your important data as soon as possible and look for a replacement for the disks.

Not the answer you're looking for? Browse other questions tagged linux ubuntu raid iommu or ask your own question.