Having some problems with booting in Centos 7 since the last update. The Centos 7 partition does not boot due to a soft kernel panic after the following error is thrown *ERROR* atombios stuck in loop for more than 5secs aborting. I cannot find back the trace of the error in /var/log/messages. Also, there is no hardware error as far as I know since I can boot perfectly well in an older version of Centos.

Below are the specifics about the particular situation, but first more in general: How should I proceed in troubleshooting kernel panic during boot (when there are no logs stored)?

Here are screenshots of the kernel panic message: 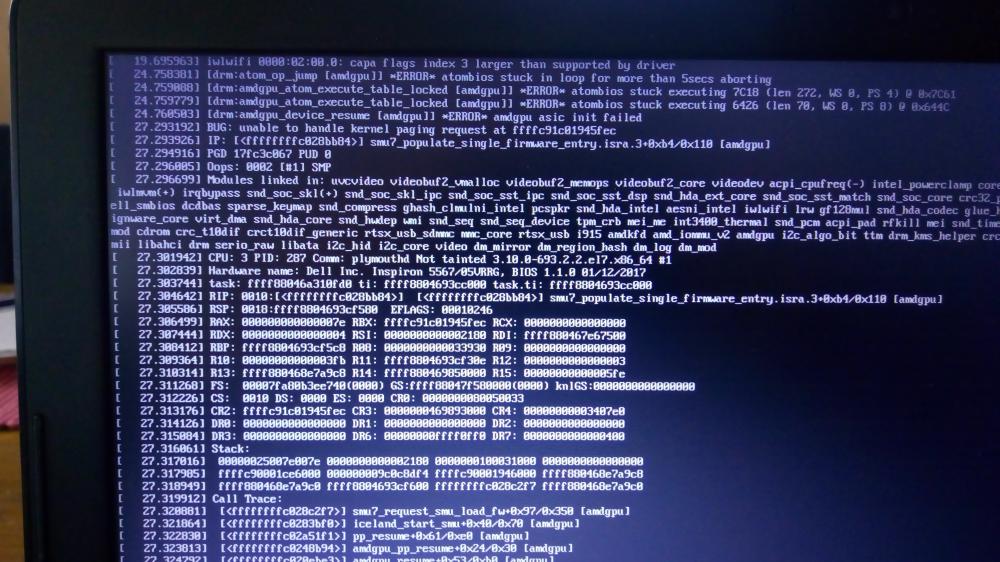 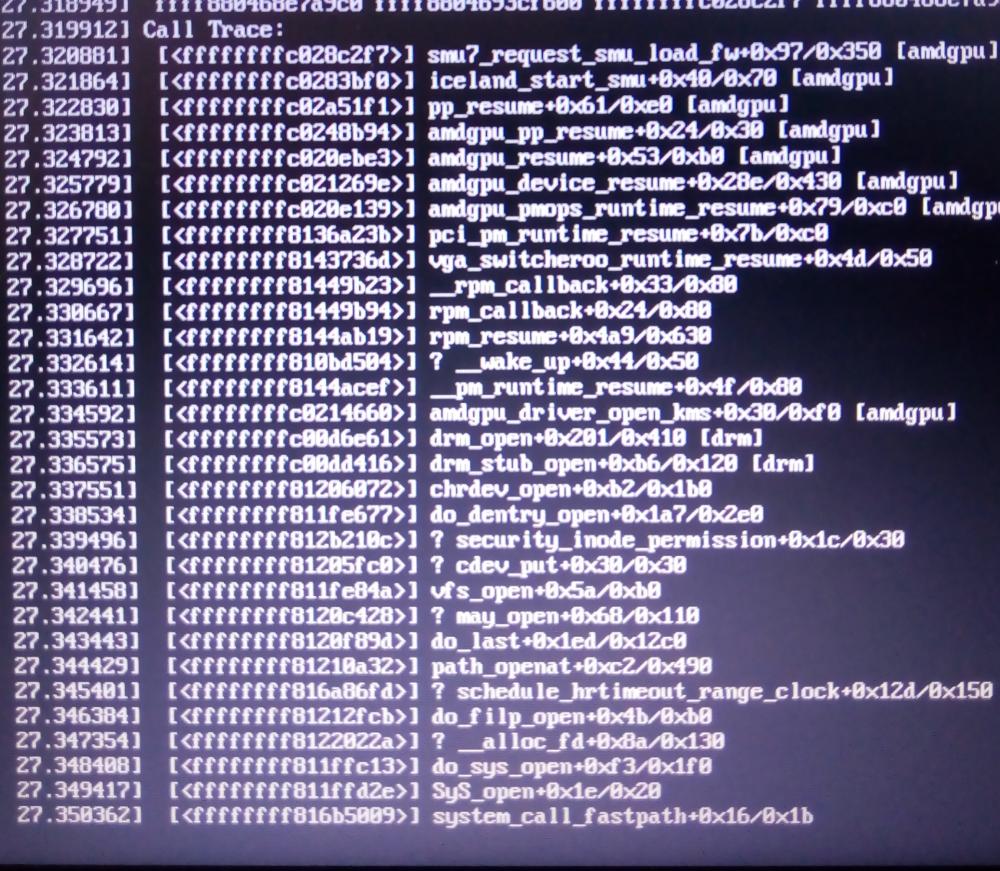 Note: A lot of similar problems are mentioned in other posts at first boot after the installation. This is not the case for me, I have been working perfectly fine on Centos for a couple of months now. I would like to avoid reinstalling Centos for exactly this reason.

As I told before, I have several versions of Centos 7 to choose from during boot time, see particular kernel versions below. The upper one (newest) is the one failing to boot. Unable to find a solution, I'm using the second from the top already for some time now.

The last one didn't help since I get the following error at boot time:

I found an ongoing discussion on this issue on Red Hat discussions and the CentOS bug tracker. It has to do with the graphics driver of my pc (AMD driver, working on a DELL computer). Bug appears for the 3.10.0-693 kernel version.

Not the answer you're looking for? Browse other questions tagged linux centos kernel kernel-panic or ask your own question.