Every time I try to connect via SSH using "ssh user@ip" I get this error:

I check to see if I have my router set up for port forwarding and I guess I do: 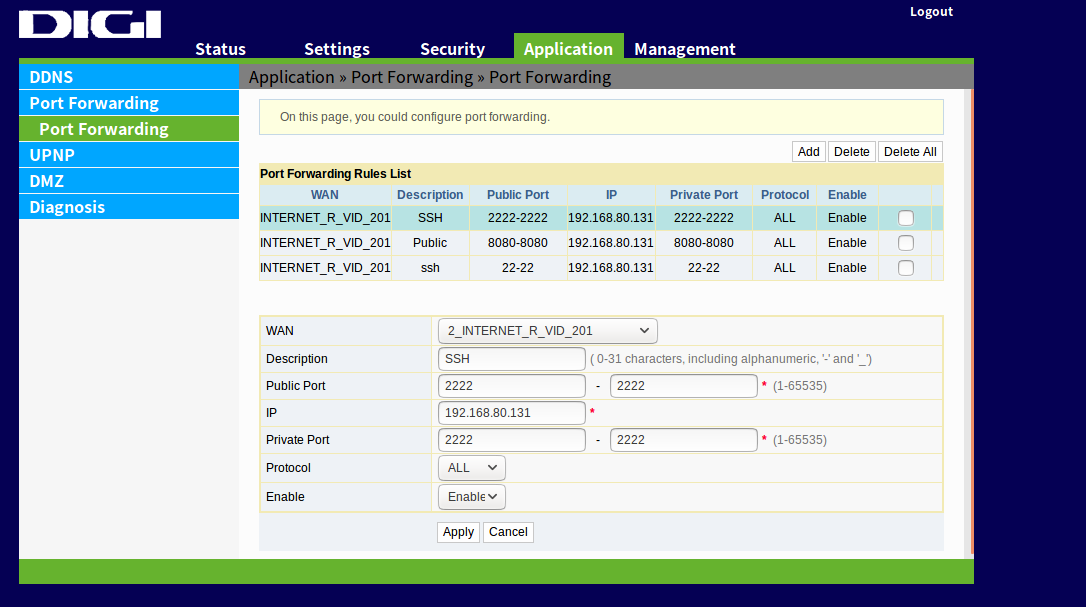 I checked if I have my server set up for port forwarding:

I also checked to see if my firewall is configured:

I also have ssh, openssh-client, openssh-server installed on my server.

According to your problem statement, you get the following error:

This suggests that you're trying to connect to the server on port 2222, e.g. that you're using a command like the following one:

You also posted the following list of firewall rules:

You also posted a screen-shot of what appears to be your router's administrative GUI which shows a port-forwarding configuration page which included SSH rules for both port 22 and port 2222. You haven't included enough information for me to determine exactly what your network looks like, but it appears that you'd like to connect to a host on one of these two ports.

Not the answer you're looking for? Browse other questions tagged ubuntu ssh openssh or ask your own question.