In past Fedora releases, the Gnome Tweak Tool can be used to turn on HiDPI for Retina displays. However, I found the option missing in Fedora 27 (at least for the beta version I’m using, but it doesn’t feel like this is an issue of the beta). 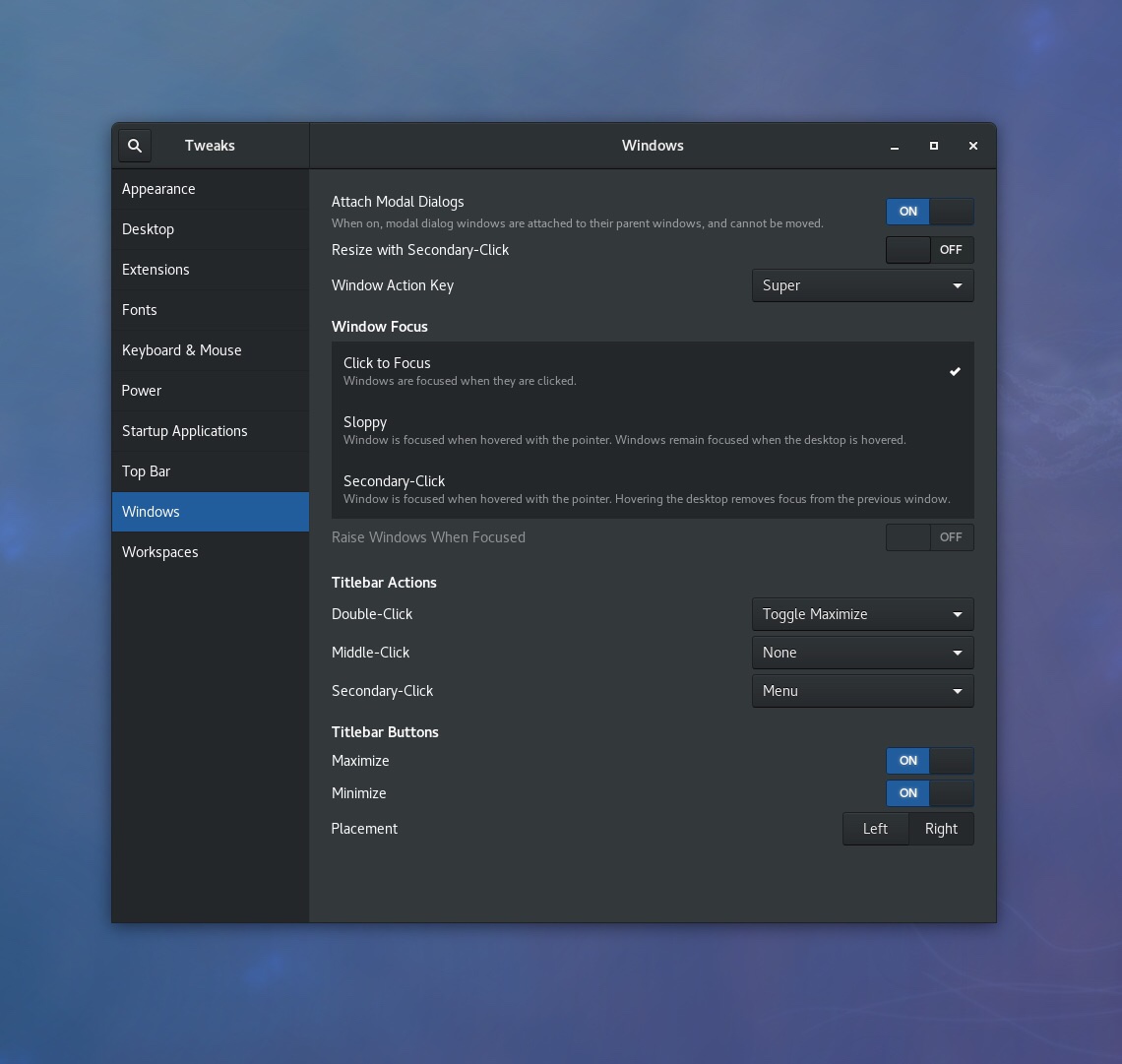 While trying workarounds, I found this command to be working: (effective after login again)

But this command does not have good support for some apps, such as Firefox and even the system file browser. I believe there should be some graphical way to do this, am I right?

Apparently it's been removed from Tweaks but not from dconf which is why you're still able to do it via terminal... Typical GNOME stuff.
Anyway, as of gnome 3.26, there's a new dconf key under org.gnome.mutter called experimental-features which is of type as (array of strings - it accepts multiple string values) and one particular value enables HiDpi support on Wayland (including fractional values):

So per the above, fire up dconf-editor and add 'scale-monitor-framebuffer' to the list of experimental features under org.gnome.mutter: 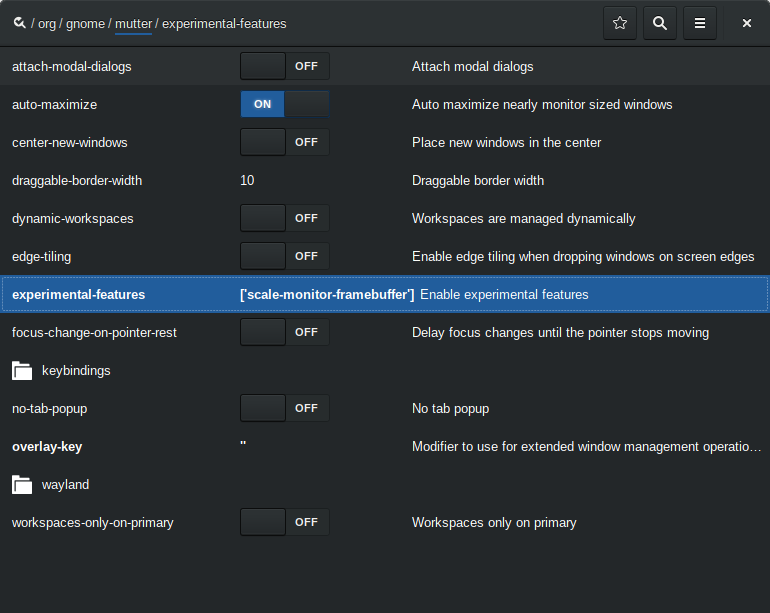 For those who prefer the terminal, follow the instructions here (sure, replacing the values in that example: 'screen-cast', 'remote-desktop' with 'scale-monitor-framebuffer').
Restart your session and you should then be able to set the scaling factor from the control center
Settings > Devices > Displays > Scale: 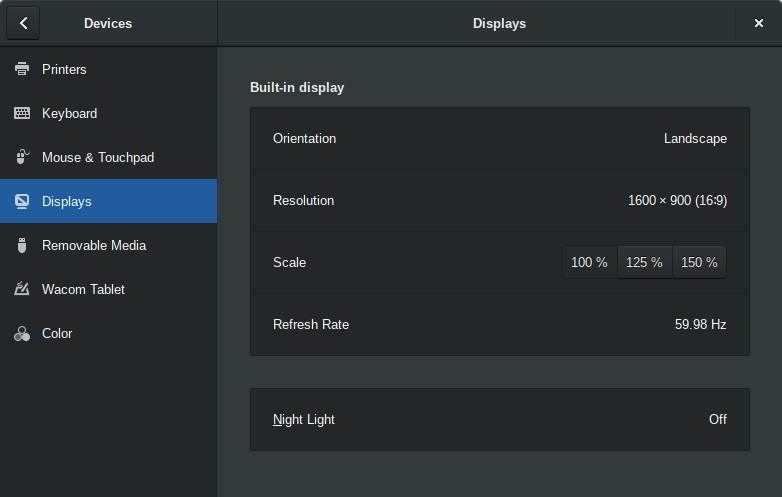 Not the answer you're looking for? Browse other questions tagged gnome3 display display-settings wayland or ask your own question.