I am trying to figure out why my guest cannot connect to the internet while attached to the NAT network. I have provided some screenshots of the settings below. I am only having this issue on lubuntu. Both my friend and I can get this working on 2 different Linux systems with all the default settings and no tinkering.

Doing ifconfig on the guest shows me that there has been an IP assigned in the range shown in the first pic below(it just defaults to this). Apart from what is shown below, I have not changed any settings from their defaults.

Incidentally, I am having the same problem with any VM I install on VirtualBox with lubuntu as host OS. Bridged and Host-Only connections work fine. 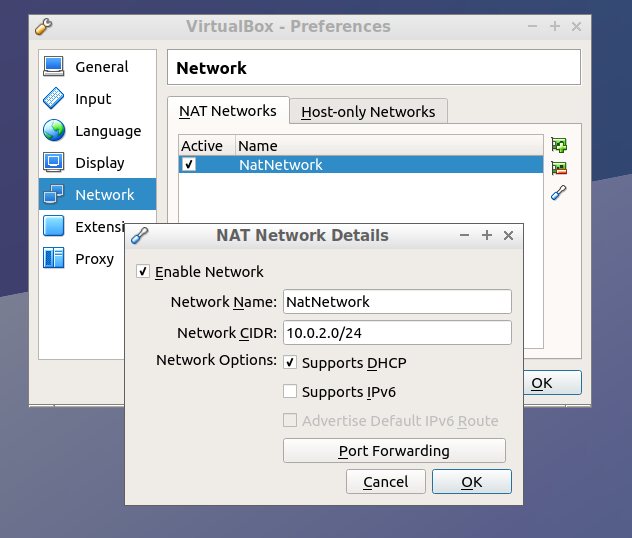 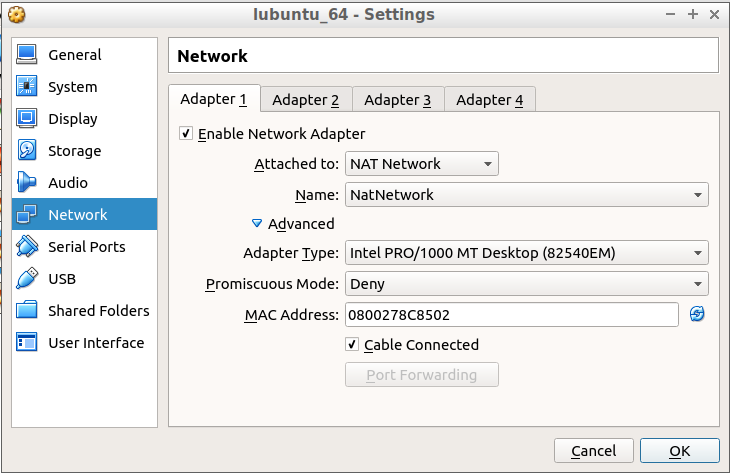 Some information on the system and network setup:

(Sorry for capturing the entire screen.. my screen capture tool can't take close-ups from a VM) ifconfig -a: 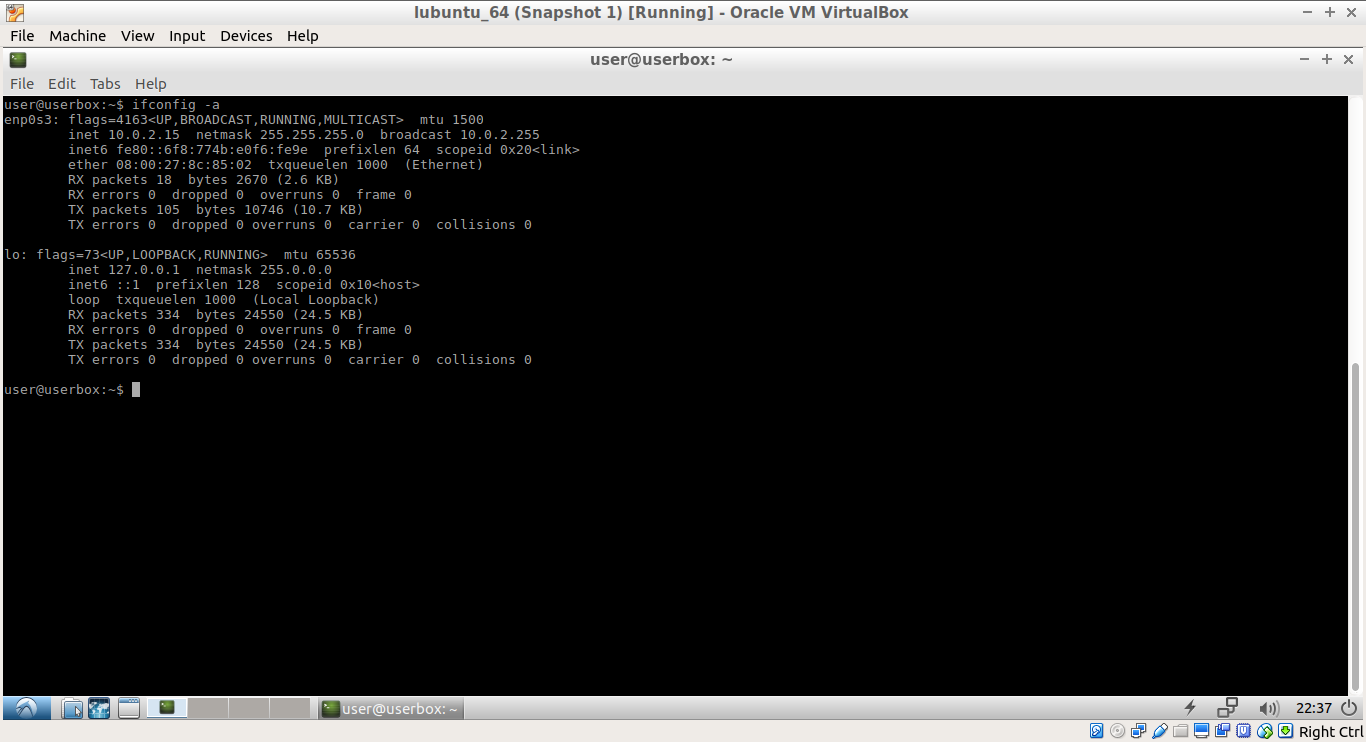 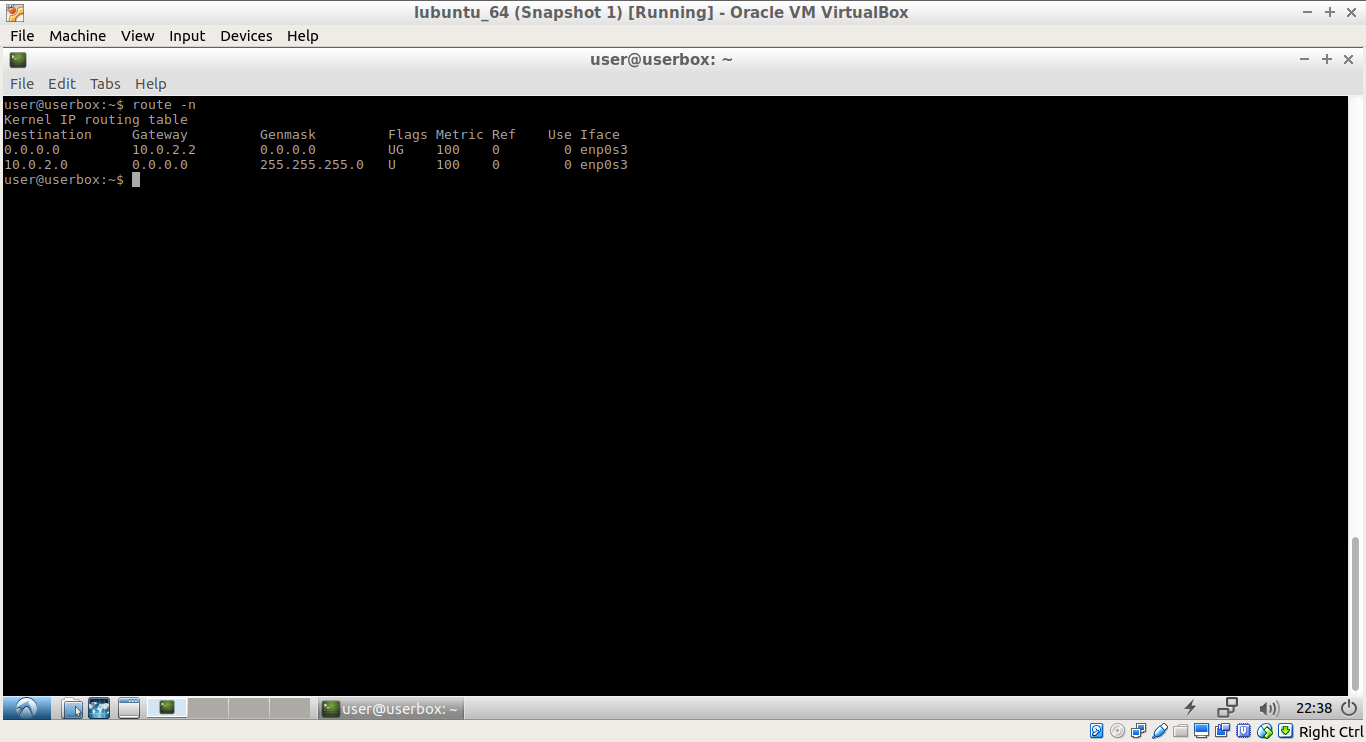 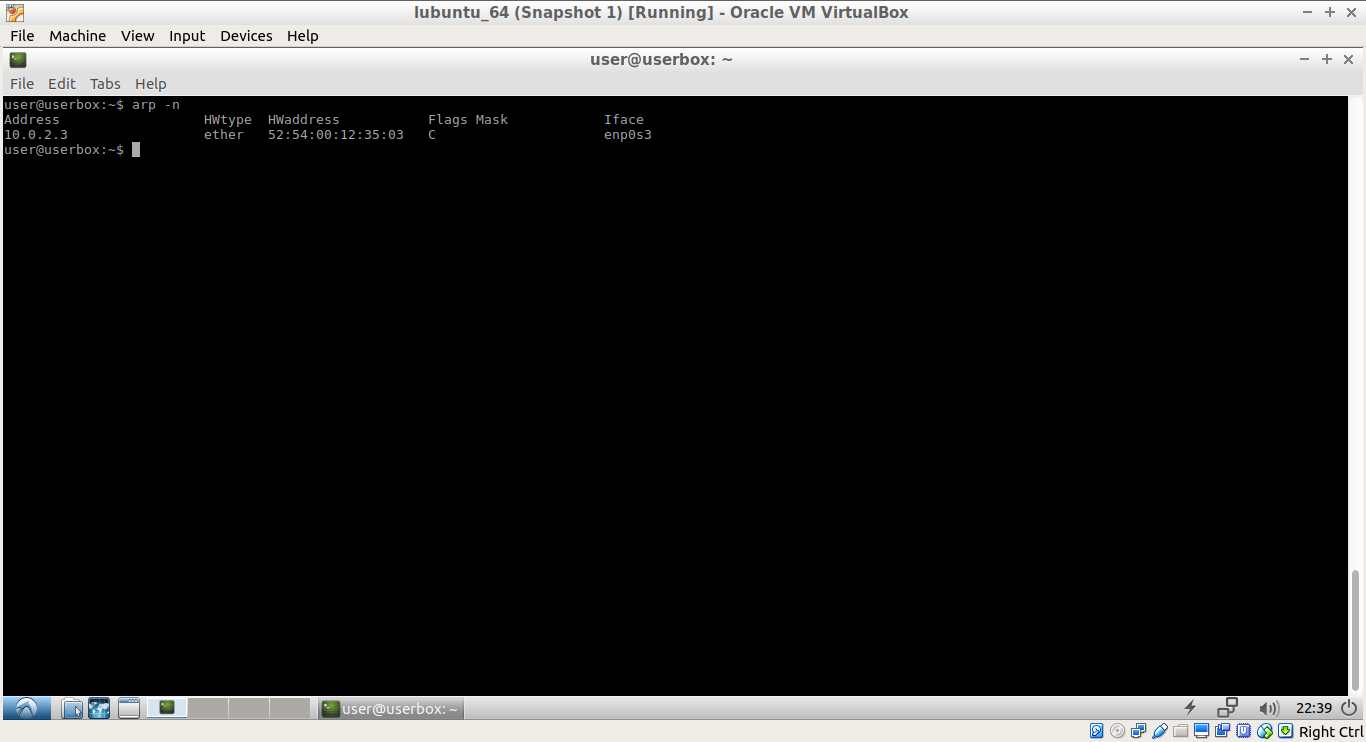 Update: To summarize, you were using a NAT-Network/NAT-Service interface. This is a distinct interface type from the similarly named NAT Interface. The differences are described well in this blog post:

When you switched from a NAT-Network Interface to a NAT interface you were able to access the internet from your VM without additional configuration. Since this was your ultimate goal, we didn't continue to diagnose what was causing trouble for your NAT-Network interface.

I suggest trying to start from a working NAT configuration with port-forwarding to allow for SSH access to the guest. There are several reasons for this:

You can do this via the GUI, but I'll include command-line examples for concreteness.

Now let's add a port-forwarding rule for ssh. Here is an example which maps port 2222 on the host to port 22 on the guest:

Boot the VM and test the SSH connection. If you already have SSH running on the guest then you can boot it in headless mode:

Note that due to the port-forwarding rule you don't need to know the IP address of the guest. If you get this working then you can update your post and we can try to figure out what was wrong with the "NAT Network" configuration.

Also, you might want to try downloading a preconfigured VM from the Virtual Boxes website. Apparently they have some lubuntu images.

Not the answer you're looking for? Browse other questions tagged networking virtualbox virtual-machine or ask your own question.