I've analyzed memory consumption of a java program on Linux Mint. I used top to capture memory statistics (memory used by program and also system-wide indicators like total_mem_used and mem_free). The results were surprising:

The question is: what was counted in the aforementioned 150MB? Virtual (reserved but not allocated) stack? Memory mapped files? As I wrote before: RES ~ RAM_USED_DELTA so the amount of free memory did NOT decrease by 150MB so it may indicate virtual memory but it would be weird for a memory indicator to be a sum of a resident set and a virtual amount... 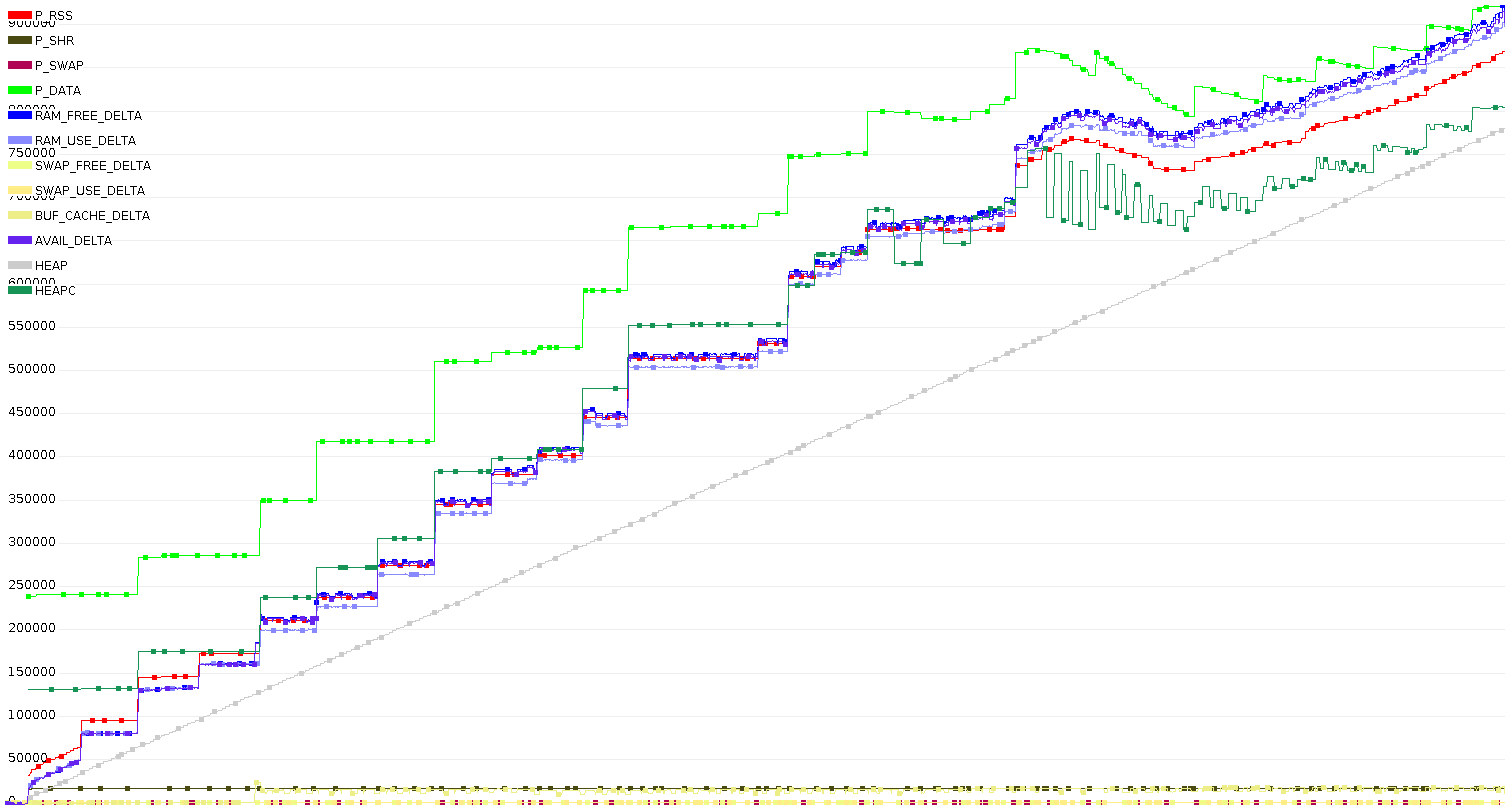 (on this chart lines described *_DELTA are relative to the start of the program i.e. close to the left side, where red P_RSS starts)

The field DATA is the virtual memory of the process allocated for stuff which is not executable code, that is to say, data; it includes static data, the stack, and dynamically allocated memory; together with the field CODE it is included in the total VIRTual memory. The RESident size is the amount of virtual memory which is actually in RAM; it consists of part of the CODE, part of the DATA and part of other things such as memory mapped files.

You will notice that there is no direct relationship between VIRT, CODE, DATA and RES. The CODE comes from the compiler; the VIRT and DATA are under the control of the process (malloc(), free(), mmap(), and so on); the RES part is controlled by the operating system.

Not the answer you're looking for? Browse other questions tagged memory top stack or ask your own question.

0
What is the difference between USED and VIRT?

20
What do top's %MEM and VSZ mean?
1
glibc malloc() uses mmap() for small blocks of memory allocation?
1
determine the actual memory usage of several processes that share a large memory segment
1
Can the increasing virtual memory size of a process cause any problem?
1
Linux Kernel memory management quote
0
What is the difference between USED and VIRT?
3
Linux 3/1 split and physical map
13
Does Linux perform "opportunistic swapping", or is it a myth?