How to run Enlightenment on Wayland on Arch Linux? 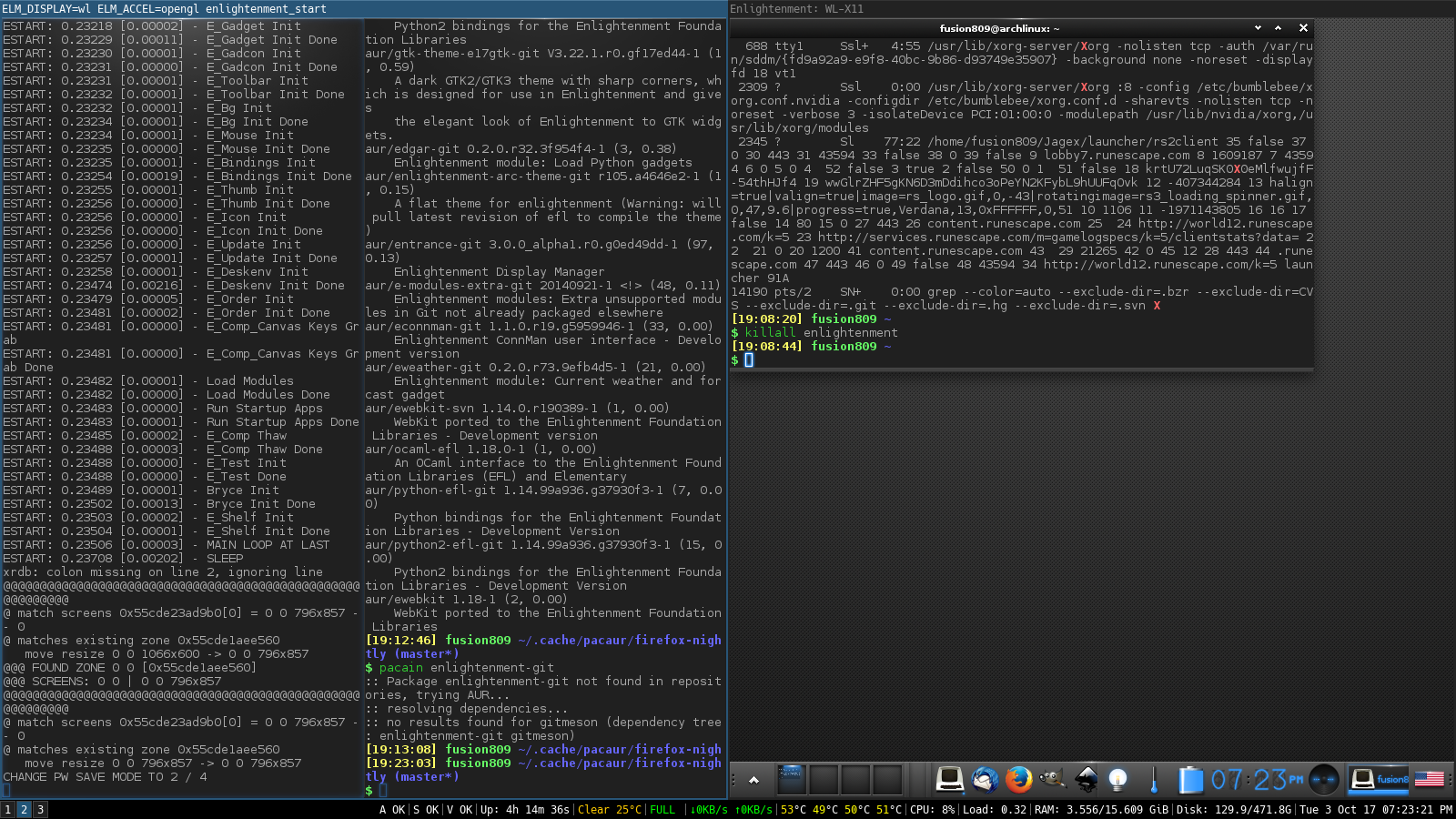 plus I could run Plank in it, but under other Wayland sessions Plank won't start because it can't run on Wayland.

You can check out build instructions on their Github page. This Readme is dated November 2017:

Not the answer you're looking for? Browse other questions tagged arch-linux wayland enlightenment or ask your own question.

1
Newly installed arch linux problems
10
Real GNOME Wayland session
6
Replacing the SSH agent in GNOME Shell, Wayland, and SystemD
2
Set wayland to be the default for GDM autologin
8
Fedora 25 is NOT using wayland by default!
3
Redshift in gnome on wayland on Debian
3
Why Wayland is using OpenGL ES instead of OpenGL?